Trump can't have the cake and eat it on WeChat ban

Question: In an extreme case where you had to choose between giving up iPhone or WeChat, what would be your choice?

For 95 percent of over 1.2 million Chinese people who participated in online voting on Weibo, their answer was, not surprisingly, to give up iPhone.

There are thousands of new Android phones on the Chinese market that have learned to cater to customer needs while improving user's satisfaction. But WeChat is already an essential part of Chinese people's daily lives. From connecting with friends to work chat, from paying for movie tickets to digesting news stories – there is simply no alternative.

It looks like the Trump administration has underestimated the repercussions of its WeChat ban on August 6. The executive order's vague wording has left the business world much to chew over: if it is an expansive ban, which means the world's most popular messaging app is obsolete on the U.S. market, it would not only mean the most important channel between China and the U.S. to be cut off but global business companies like Apple, Walmart and Starbucks would also take a hit.

Lobbyists are already on the move. According to Bloomberg reports, companies in the U.S. are trying to reach out to the White House to figure out the scope and ban and voice their concerns. "WeChat is a little like electricity. You use it everywhere," said Craig Allen, president of the U.S.-China Business Council.

China represents a critical 44 billion U.S. dollars market for Apple. According to data from the CINNO Research, Apple's second-quarter iPhone sale in China has increased by 62 percent year on year. Compared with the first quarter, its sales jumped by 225 percent. As the pandemic still rages globally, China has become a major or, rather, the most important market for the company. 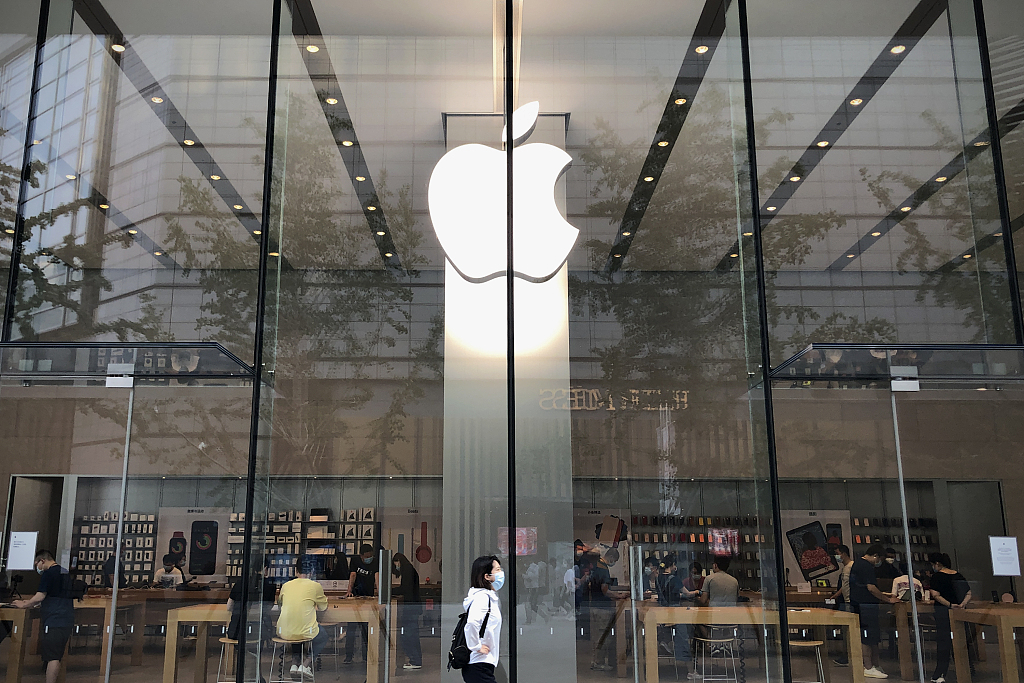 It's not just the business world. A WeChat group has filed a lawsuit against the executive order in U.S. District Court Order in San Francisco, claiming the ban is unconstitutional as it would violate users' rights to free speech. "If they take the app off the market, we will fight it," said one of the attorneys, Michael Bien.

However, it should be noted that a complete ban on WeChat is only the worst-case scenario. Details and scope of the ban are left to be sorted out by the U.S. Commerce Department in the next month. If it is a narrow ban, users can still use the current version of WeChat, but new downloads and updates would be prohibited. Starbucks can still sell coffee via the app, and users will not have to make a hard choice between iPhone or WeChat.

So what will be the fate of WeChat in the U.S.? It looks like it will largely depend on Trump's performance in the coming election. This is not the first time that Trump cited national security concerns to block Chinese companies. And picking such a popular app and throwing TikTok as the election becomes more heated, is Trump's another card in the race for the White House.

The 45-day period has left the Trump administration much time and room to maneuver this card and make the most out of it. While accusing his democratic Joe Biden being soft on China and also blaming China on the pandemic, his aides are reassuring tech companies privately that they can still do business with Tencent, owner of WeChat. In the meantime, he can still play this card to pressure Beijing and demonstrate to the voters his tough stance on China, just like he has done to Huawei.

Picking TikTok and WeChat is also a "smart" choice: TikTok is most popular among young people, or the "Generation Z", who already do not like Trump; banning WeChat would most affect companies doing business with China and Chinese people in America – still not traditional clients of Republicans.

The card of a TikTok and WeChat ban might play well for Trump. But it has more and lasting implications: would a foreign company like to enter a market whose president act on a whim from an election driven mindset? Even an enterprise can earn its name in the U.S. market, a simple "national security threat" excuse would be enough to convict anyone who Trump views unfavorably. So as much as Trump is trying to have a cake and eat it, the credit deficit he owes would eventually be paid by American citizens.