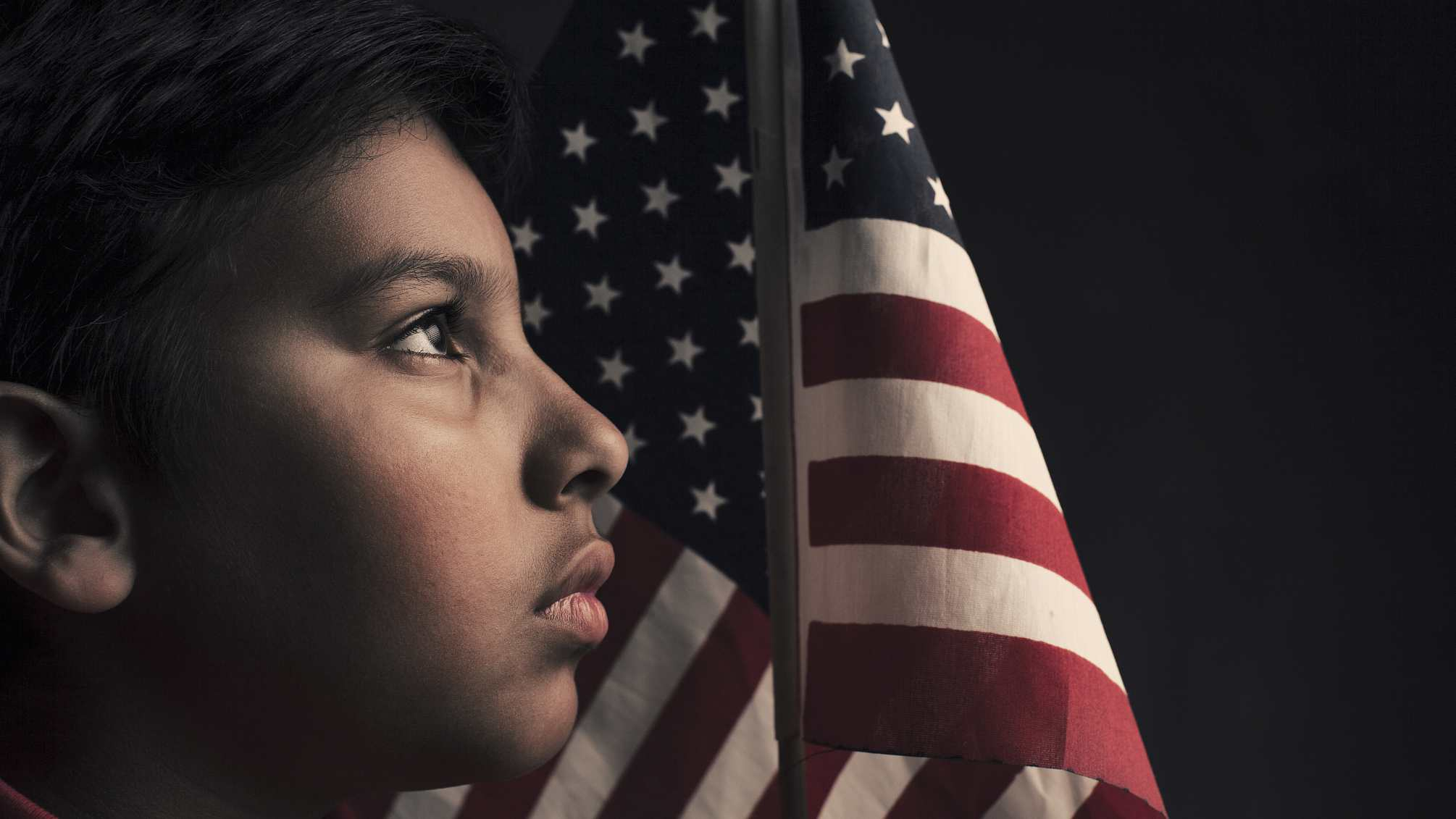 Under public pressure and even critics from his close circle, Trump signed an executive order to keep  immigrant families together on Wednesday. At the signing ceremony, he said, " I didn’t like the 'sight' or 'feeling' of children separated from their parents." But he also added that his administration would continue the zero-tolerance policy prosecuting people who enter the US illegally.

However, according to multiple US media reports, Trump's order didn't address the issue of resettling the children who have already been separated from their parents.

The US Department of Homeland Security said in a statement that there had been a 203-percent increase in illegal border crossings in March 2018 compared to a year before. In April 2018, Attorney General Jeff Sessions rolled out the zero-tolerance policy: For a family that tries to enter US illegally, the parents will be detained in prison and face charges, while the children will be kept in separate facilities.

Nearly 2,000 immigrant children were separated from parents during six weeks in April and May, according to the Department of Homeland Security.

With heartbreaking images and audios of immigrant children separated from their parents widely circulated on the Internet, Trump once again has to face public backlash from all over the world.

The biggest threat to his mid-term election?

Trump has been through a series of crises since he took office. But never like this.

His repeated withdrawals from international organizations shocked the world, but for some Americans, he has saved them money. But this time, in addition to his fellow Americans and the United Nations, his family has accused him of "cruelty."

All five US First Ladies have expressed their opposition to Trump's border control measures. Melania, Trump's wife, stated through her spokesperson that she hates to see children separated from their families and hopes both sides of the aisle can finally come together to achieve successful immigration reform.

The US is known for being a country of immigrants. Trump himself is of German descent, while his wife Melania was born and grew up in East Europe. Still, Trump has raised the stakes for immigrants.

His tough immigration policy foreshadows bigger conflicts on the horizon between US and Latin American countries, especially Mexico. The public backlash may not bring Trump down, but will certainly strengthen his image of "cruelty."

A US more and more "Trump"?

Democracy, freedom, human rights are the words that Trump's "ex" stressed often. But you have never heard any of them from Trump. He repeatedly withdraws from international agreements, has fights with almost every leader in the world, and all his actions lead to one thing: "Benefit." No countries are allowed to benefit from the US, and no countries can refuse to let US extract benefits from them.

After Trump won the election, became the US president and established a series of policies, a populism characterized by an anti-establishment, anti-immigration, anti-free trade sentiment is on the rise. So far, in the Republican primary election, whoever Trump supports will win, whoever Trump rejects will lose. No exception has been found yet.

A US more and more "Trump," without a doubt, will influence China-US relations and the world pattern. As the world faces great changes, we need to be prepared.