OPINIONS Trump faces opposition within his own party over border emergency

Trump faces opposition within his own party over border emergency 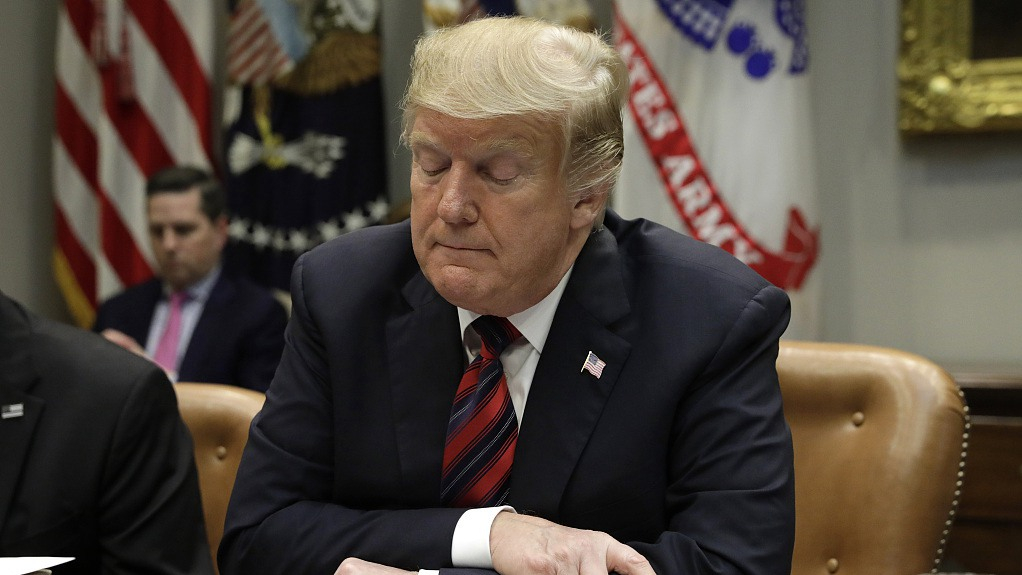 In a high-profile vote on the Senate floor, US President Donald Trump's declaration of national emergency over his signature border wall was blocked by a large margin. Although he would veto the resolution by a stroke of the pen, the vote revealed deepening fissures within his own Republican party.

During a showdown amid prospects of a prolonged government shutdown in February, US President Donald Trump unilaterally declared a national emergency in an attempt to circumvent Congress to necessitate the spending of 6.7 billion US dollars for a wall along the US-Mexico border.

The emergency declaration immediately raised controversies and legal challenges and was out-rightly rejected in the Democratic-controlled House. The fate of the vote in the Senate was less certain, given the reluctance of Republicans to openly rebuke the President.

On Thursday, Senate finally rejected the border emergency with a vote of 59-41. Twelve Republicans broke with the President and joined Democrats to vote against the national emergency move.

Trump is set to veto the Congressional resolution. But since a 2/3 super-majority vote in both chambers of Congress is needed to override a presidential veto is unlikely to materialize, the veto will be sustained for some time.

Nevertheless, the bipartisan rejection sent a clear message of disapproval to the president. It was also the first time Congress voted to block a presidential emergency since the adoption of the National Emergency Act in 1976.

Trump's emergency declaration has unified the Democrats but put Republicans in a difficult position. The result on the Senate floor reveals growing divisions within the Republican Party.

While most of the defector Republican Senators still upholds Trump's characterization of a border crisis, they are opposed to the way he handles the crisis.

They cautioned against the national emergency declaration overstepping the president's authority and are concerned about setting a precedent for future Democratic presidents.

Some of the Republicans are seeking re-election in their constituency, and they are tending to the mood among the US public.

The pending veto will be the first time for President Trump to invoke his veto power upon taking office. But with a formidable House controlled by Democrats and a growing number of disgruntled Republicans in the Senate, he might expect more to come.

His unilateral move risks hurting the solidarity of the Republican party. This is the second open rebuke of President Trump by his own Party in a matter of days. On the previous day, the Senate invoked the War Powers Act and voted to curtail US military support for a Saudi-led war in Yemen, which is widely seen as a disapproval of Trump's Middle East policy and an attempt to rein in executive overreach.

In a separate vote also on Thursday, the House overwhelmingly approved a resolution urging the public release of the Mueller investigation report. Now the burden is on Senate Republicans to face another excruciating test of loyalty.

The border wall hangs in the balance

Although a presidential veto is unlikely to be overturned and the national emergency will stay, the fate of the border wall still hangs in the balance.

First of all, the effect of the wall is dubious. According to statistics, illegal immigration is on the decline in the US, and most of them come in on airplanes and by overstaying their visas instead of illegal crossings over the US-Mexican border. And home-grown terrorism poses a bigger threat to US society.

Second, the emergency declaration would be unsustainable. The border wall remains deeply unpopular among the public since it would divert valuable resources from the military, put US national security at risk and would also be untenable given the rising US government debt. A number of Democratic state attorney generals, environmental groups and private landowners have filed lawsuits against the president's border emergency.

Last but not least, it would aggravate the polarization across the political spectrum. President Trump's intentional conflation of the wall with border security, and depiction of House Speaker Nancy Pelosi and Democrats as "Open Border Democrats" is making the border wall a wedge issue, which would further complicate the challenge of reaching a legislative compromise between Republicans and Democrats.