Trump has bet US public interests on US-China trade gamble 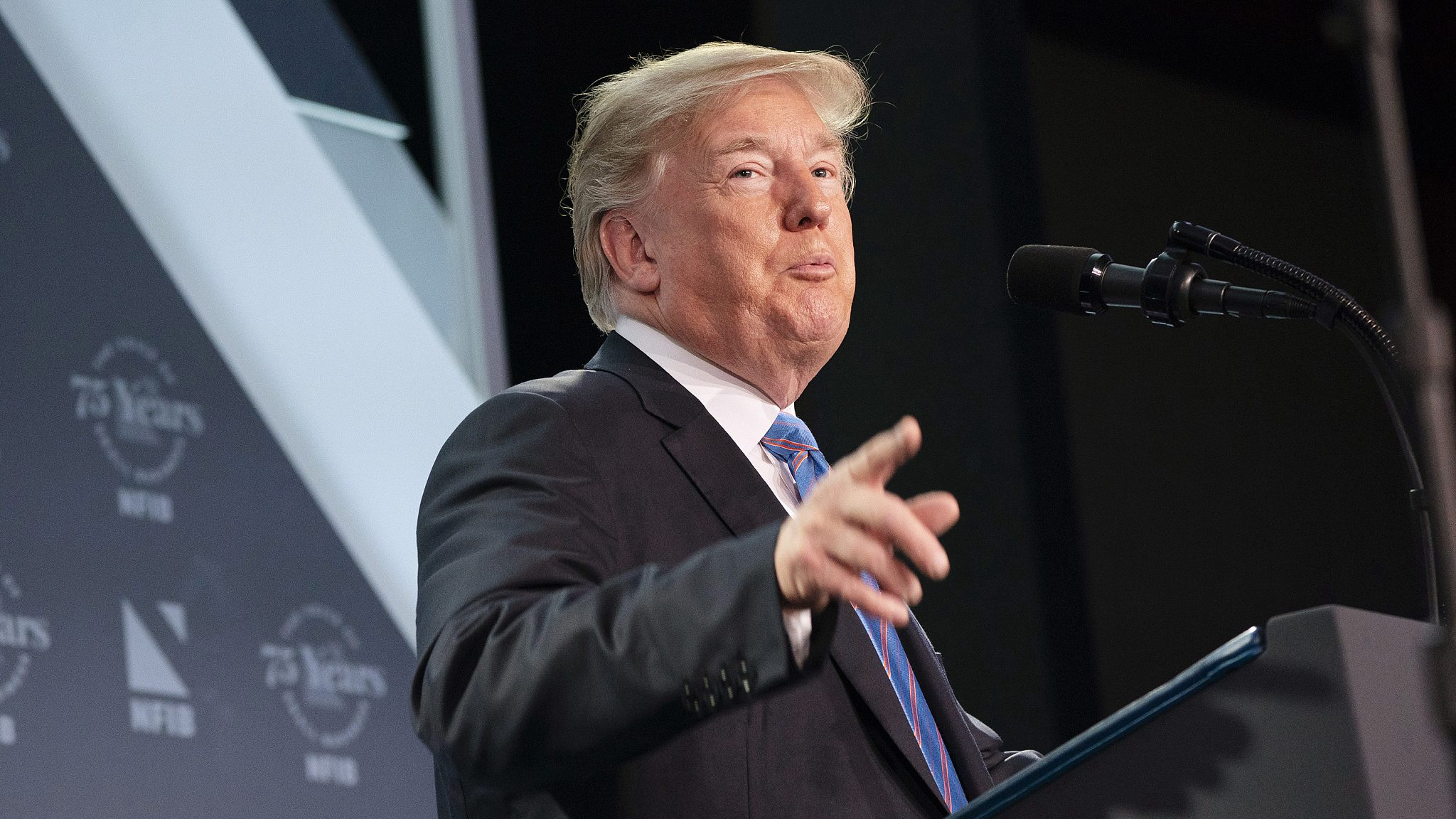 However, The Ministry of Commerce has responded strongly and firmly: "If the US loses its senses and publishes such a list, China will have to take comprehensive quantitative and qualitative measures and retaliate forcefully."

Looks like a full-fledged trade war is looming between the world's two largest economies. Trump has raised the stakes higher and put America's public interest on the table, forcing China to back down. But unfortunately China won't, and it has more weapons to defend itself than Trump can imagine.

What does Trump want from this gamble?

Trump's latest announcement shows a trade war with China is on schedule, but he hopes the scale of the war will be under his control in the mode that China won't fight back. He hopes his "capricious" and "paranoid" behavior will be accepted by countries like China. And he wants China to surrender, to appease for the fear of having more losses. Then the US can decide how and where to end the trade war.

To show off his capacity, to prove his tough strategy is right, to enhance his "strongman'' feature, Trump repeatedly disregards the International trade rules to please his voters. What Trump cares most about is his votes and mid-term elections.

China will pay; but it won't lose

The Chinese government, and Chinese society will not accept this kind of blackmail and pressure. Except the trade loses, we cannot adopt a China-US relationship that violates the international rules in favor of ones defined by the US; or a US hegemony that defies the current international trade system and ignores the benefits of other counties.

China never wanted to have a trade war with the US. No sanctions had initially been forced by China. All tariff plans imposed are direct responses to the US' initial hits.

China works hard to solve trade disputes between the US and China. Important consensuses have been achieved from the three-rounds of negotiations. But despite all the positive signals, Donald Trump still declares tariffs on the Chinese products. This irrational action not only surprises the Chinese people but also the Americans.

The current China-US trade relations were formed under the multilateral trade framework in which the US was the dominant force after World War II. The seemingly shocking trade deficit that the US has with China is due to many structural issues, such as the low saving-rate in the US. These structural issues will certainly not be resolved by a tit-for-tat trade war.

Trump's impulsive trade war shot will not only hurt China, but also the interests of the US. His gamble is like putting a time bomb between two countries. Once it explodes, both sides will suffer greatly. The trade war will not bring "back" American employment, consumer prices will go up, which will eventually hurt the poorer people in the US. The prosperity of America is largely dependent on its relations with the international economic network. How can Trump win this gamble if he continues to be a rule-breaker?

The Trump administration expects that if the trade war continues, China will lose all its cards and surrender. But the reality is, if the US pull the trigger, China has more than enough bullets. The destructive force of a China-US trade war is equally painful for both countries. China will pay if the trade war cannot be avoided, but it won't lose.