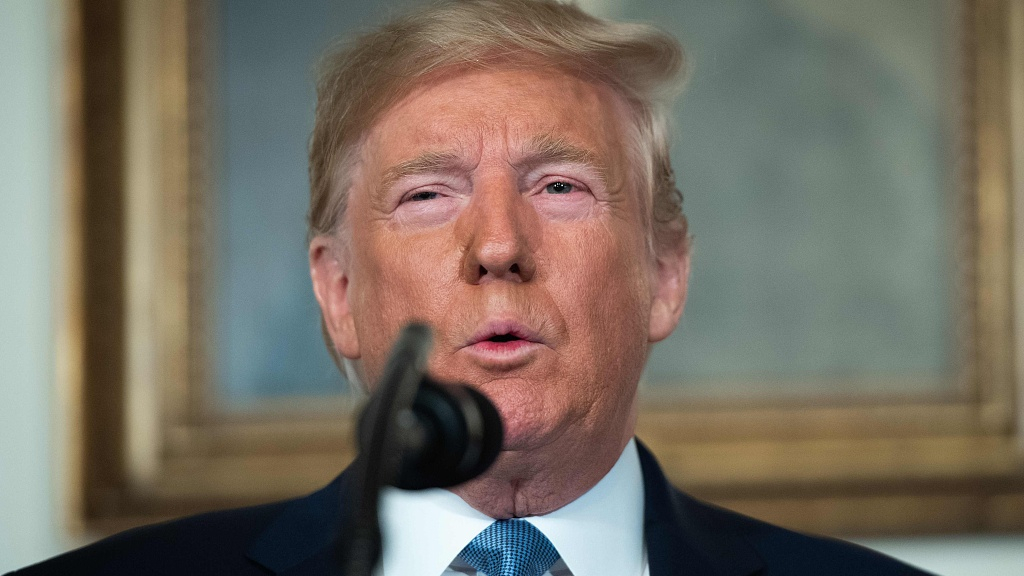 A lot of people were left scratching our heads in disbelief a few days ago when U.S. President Donald Trump said in a Twitter storm on August 1 that he was prepared to propose a 10 percent tariff on the remaining 300 million US dollars' worth of Chinese imports, which are mostly consumer goods. It was unexpected because after the bilateral negotiations in Shanghai on July 30, both sides characterized the talks as “constructive” and affirmed that the negotiations would resume in September. So what caused the self-described “stable genius” to go ballistic?

His tweets give us a few clues. Maybe it was because as Trump tweeted that he believes that China wanted to “renegotiate the deal prior to signing.” Or, maybe as he tweeted, it was “because China agreed to buy agricultural product from the US in large quantities, but did not do so.” He conveniently failed to mention that the American side agreed to allow US companies to deal with Huawei where national security wasn’t involved but still hasn’t implemented that promise yet. These are the only issues on which virtually all analysts have focused.

Those analysts failed to consider that Trump also tweeted that “my friend President Xi said that he would stop the sale of fentanyl to the United States – this never happened, and many Americans continue to die!” Why did Trump throw fentanyl into the mix? I suspect that he was watching his beloved TV channel the day before and his fury was aroused by a Fox News report that a former “American Idol” contestant pleaded guilty to transporting nearly two pounds of fentanyl which was sufficient to kill 415,000 Americans, according to the Fox News report.

Fentanyl is a miraculous painkiller when used under strict medical supervision. It can provide tremendous relief for people who experience severe pain due to illnesses like cancer. However, the drug which is more than 100 times more potent than morphine, can be fatal if misused.  A piece the size of a few grains of salt can kill you.

Indeed, it has killed many people. But Trump is dead wrong about China’s efforts to curb access to the drug. President Xi agreed to classify all fentanyl-related products as illegal on the sidelines of the G20 summit in Buenos Aires, Argentina in December. China kept its word. As of May 1, the country had been treating all fentanyl-like substances as one class so that new variants are immediately subject to law enforcement. Before criminals could change a molecule of the opioid to get a fentanyl variant that was not on China's prohibited list; this new regulation closes that loophole. It is even stricter than US enforcement, where class treatment is merely temporary and will expire in a few months if nothing is done.

Together with stricter bilateral enforcement and cooperation, China’s action is already having an effect. According to David Prince of US Homeland Security Investigations' transnational organized crime office, the implementation of China’s promise has already resulted in a decline in the number of Chinese vendors willing to risk exporting fentanyl and related opioids. At the same time, fentanyl manufacturing and sales are moving to the US border with Mexico. According to Matthew Donahue, regional director for the US Drug Enforcement Administration, operations in North and Central America.

Interestingly, US Customs and Border Protection (CPB), a key agency responsible for drug control, has had to reallocate staff from drug enforcement to enforce Trump’s obsession with illegal immigrants. CBP officers on the border told Oregon Republican Congressman Greg Walden that drug enforcement had declined because agents were "overwhelmed" by the migrant crisis. Mexican drug cartel members must be laughing all the way to the bank.

Trump spends 60 percent of his day in unstructured “executive time,” much of which involves watching TV. Instead of focusing on Fox News and falsely blaming China for what ails America, maybe Trump should stop wrenching innocent refugee babies from the arms of their mothers and putting them in what’s been called “concentration camps.”  If he were genuinely concerned about drug epidemic deaths, he would let CPB do its job to stem the increasing flow of fentanyl by Mexican drug cartels on the southern border.