OPINIONS Trump-Kim Statement: Being on the same page, but not in the same book

Trump-Kim Statement: Being on the same page, but not in the same book 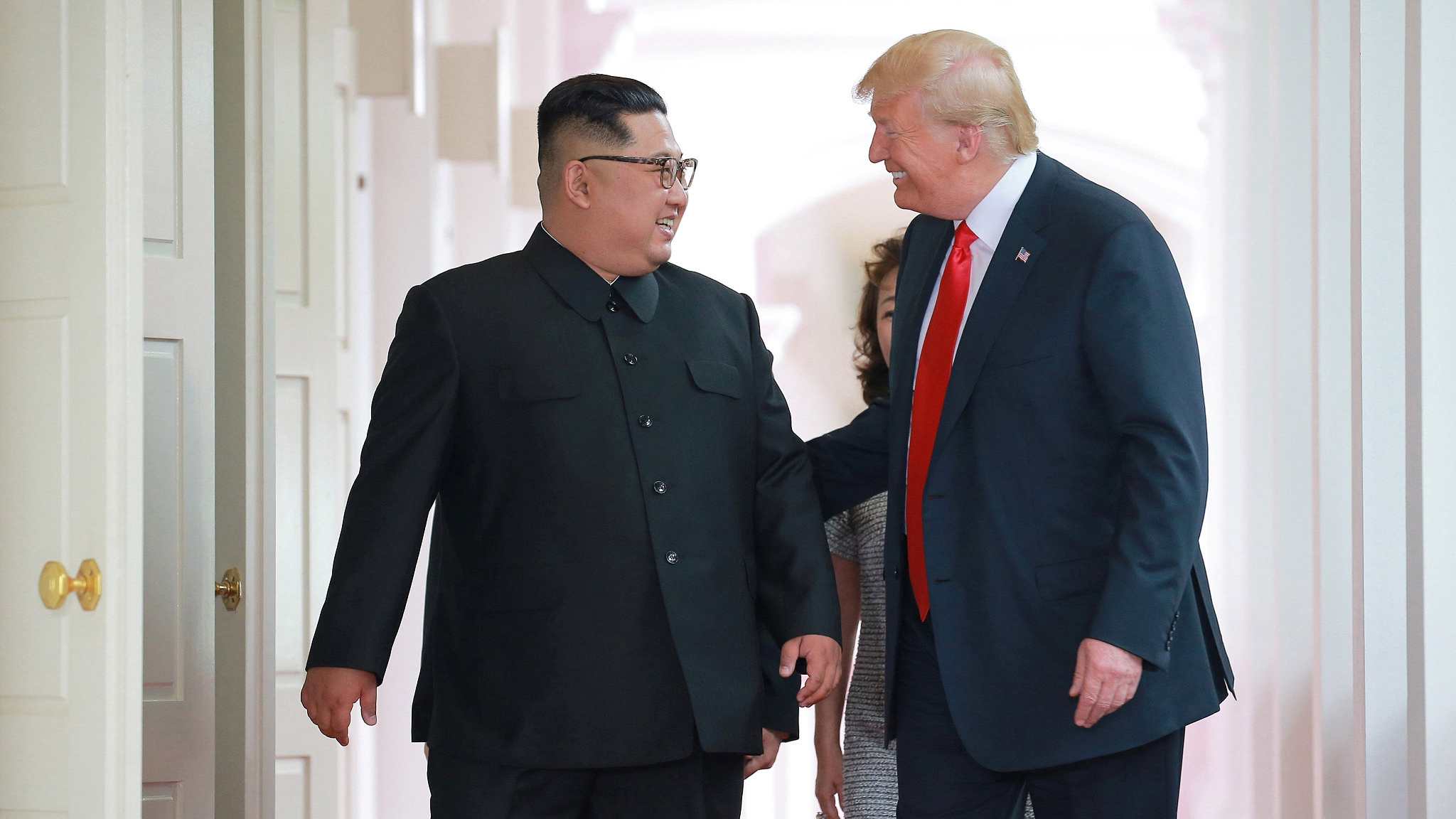 On Tuesday, June 12, the unexpected, unprecedented and personalized Trump-Kim summit in Singapore ended with more value claiming than value creation.

If anything, it was a meeting to set an agenda for more meetings about meetings. While the more the United States creates value for global peace and development, the easier it is going to be to claim value for a nuclear weapons free Korean Peninsula.

For now, the world can and should react with applaud to the political decisions made by US President Donald Trump and Democratic People's Republic of Korea (DPRK) leader Kim Jong Un. They “created a new history”. They concluded the meeting with a joint statement including a commitment to "complete denuclearization of the Korean Peninsula" and "security guarantees" from the US.

But the DPRK cannot be living always in the promise of the clouds. The Trump White House has ambitious goals and for that it should leave the talking and live by walking - the integrity to make good on its promises and lift the sanctions regime against DPRK first and foremost.

An “important milestone” cannot be just about seizing this momentous opportunity to achieve the goal of dismantling DPRK's nuclear weapons program either. The advancement of sustainable peace and the complete and verifiable denuclearization on the Korean Peninsula requires more than that.

To take a daring step towards change, to achieve “a feat that no one else has ever delivered", “to save money”, and to make a deal or ensure anything, the US needs to go further; it should also close all its military bases in the Korean Peninsula.

The leader of the DPRK wants to have trust in America, to leave the dark days of war and conflict behind, and to write a new chapter of peace and cooperation. For that to happen, the US needs to close its bases.

It’s not just DPRK which needs to get rid of its weapons of mass destruction. The United States should do the same.

The key to resolving ongoing conflict with a positive and all-inclusive outcome includes looking for a win-win situation, finding common ground, formulating proactive strategies, using effective negotiation and communication, and appreciating and addressing the security concerns of other states.

Unfortunately, some in the Trump administration still see the talks not as a step towards peace but as a prelude to war - and certainly not as the end state of a nuclear-weapons-free world, in which nuclear weapons are completely eliminated.

National Security Adviser John Bolton, for instance, grudgingly welcomed the Tuesday summit because it would "foreshorten the amount of time that we're going to waste in negotiations that will never produce the result we want." He even argued that "more diplomacy with DPRK, more sanctions is just giving DPRK more time to increase its nuclear arsenal."

This kind of attitude is dangerous. The specific war plans of DPRK and the United States are not publicly available. But everything we know suggests that any military conflict would be a disaster on an epic scale.

The problem with trust

Given what we know from the US track record and its history of behavior and relationship, especially from Trump, who in his presidency has taken steps based on one-man diplomacy and sabotage, voiding UN-endorsed international agreements and breaching obligations, especially with regard to the Iranian nuclear deal, it’s hard to see an optimistic outlook toward US-DPRK relations in the near future.

Whatever the outcome, the Trump-Kim statement must be seen as an early step in a complicated negotiation, and the diplomatic process must continue, not just between Trump and Kim, but also between China and others.

To that end, the six-party talks – a negotiation format involving the DPRK, the Republic of Korea (ROK), China, the United States, Russia, and Japan – has to become relevant again.

We keep hearing that the danger posed by the continued existence of nuclear weapons is the greatest threat to America’s national security, but it is also to the survival of humanity.

How is it possible for Trump to talk about denuclearization in the DPRK when his own country plans to spend some 1.7 trillion US dollars over the next 30 years to maintain and enhance its nuclear arsenal? He should be working for the security of not just the Korean Peninsula but a world free of these weapons. This common-sense policy should include:

- The legislation to restrict presidential authority to launch nuclear weapons.

- Adopt a policy of no first use of nuclear weapons.

- Stop the 1.7 trillion US dollar plan to enhance every aspect of its nuclear forces.

It’s hard to believe Trump is prepared to do all those and more, just as it’s hard to believe the US will ever get back to the 2015 nuclear deal it signed with Iran together Britain, France, China, Russia and Germany - with even a bigger media fanfare.

We cannot know if the US-DPRK talks will ever be successful. But we do know what will happen if they fail.

It is everyone’s hope that further talks can deliver some tangible results, including voluntary abandonment of nuclear weapons by the DPRK to uphold the validity of the Nuclear Non-Proliferation Treaty; US engaging in mutual nuclear arms reductions with other states; and the melting of the Cold War and the frozen Korean conflict.

At any rate, for Trump and Kim to be on the same page, they need to be in the same book. The Korean conflict is multi-sided, with peninsular, global and regional dimensions. All regional countries, including China, must take part in Trump’s “deal of the century” if a real resolution is to be achieved.