On Thursday, North Korean Foreign Minister Ri Yong-ho flew to Stockholm, Sweden from Beijing. Right now, the world is speculating on the possibility of a US-North Korea summit to take place in Sweden in May. Will a meeting between North Korean leader Kim Jong-un and US President Donald Trump, inconceivable by any stretch of the imagination a month ago, really happen in Sweden? 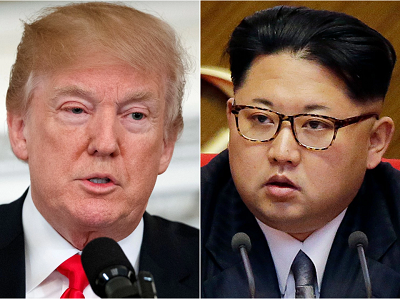 In my opinion, officials from both countries have pondered the idea of Sweden as a possible summit location. It is not unlikely Kim would travel to Sweden to meet with Trump, but it would be one of the riskiest choices he has ever made.

The likelihood of the two striking a historic agreement and turning bilateral relations around is not high. Ensuring Kim's safety will be Pyongyang's top priority. With that in mind, the question is, can Sweden guarantee the North Korean leader's "absolute safety" as I believe this is the country's expectation.

Despite claims of being neutral, Sweden is a member of the European Union, and has security agreements with NATO. The Scandinavian country is also under US political and security influence, which makes its neutrality questionable. If the Trump-Kim meeting were to happen in Sweden's capital city, it would likely be a sincere host and ensure security for both sides while providing other convenient measures.

So, would Washington use the summit opportunity to "take action" against Kim? From a diplomatic perspective, the chances are almost nil. Yet a different type of logic exists within politics. That is, if Trump and his security team had somehow decided to end the North Korean nuclear crisis by taking action against Kim, then the idea becomes much more palpable.

A smooth summit meeting would be Trump's best-case scenario. Even if the leaders couldn't reach an agreement during their first meeting, Trump could influence North Korea to make denuclearization its ultimate goal, as well as keeping their promise on freezing its nuclear program. After North Korea delivers on its promise, everything would get better from there.

Nonetheless, the US apparently lacks confidence in making this happen. With US public opinion, much of it is rhetoric filled with accusations, such as Pyongyang is "playing tricks" and attempting to "linger around." Besides, many oppose the meeting and believe Trump is the one who is taking a huge risk.

President Trump is a very unique leader and does not play by the book. He is fond of throwing wild cards and unafraid of taking risks. If there was a single person within the US government who would be willing jump on the one percent chance of "taking action," it would be him.

If Trump were to use extreme measures against Kim, it would be one of the most explosive news stories since the Cold War. How America and the Western world reacted would not be that important. However, what would be important is that Trump would believe Americans would not only forgive him, but applaud him, for ending the North Korean nuclear crisis.

As previously stated, the possibility of "taking action" against Kim is almost nonexistent. However, the way North Koreans perceive the meeting could be similar to the way they view a game of Russian roulette. If you knew there was a bullet in the gun, would you still pull the trigger?  If you were the leader of a nation, would your people support such an action?

As per my analysis, it is very likely Kim will not choose a Western nation or any country under Washington's influence. Pyongyang has always been aware of the long-running existence of a South Korea-US assassination unit prepared to take Kim out of the game at the sound of a whistle. Pyongyang is worried a "decapitation" strike would be America's answer to the Korean Peninsula problem.

Pyongyang's options will probably come down to Panmunjom, Beijing, or Ulaanbaatar. Panmunjom is a village that sits on the 38th parallel north close to the DMZ, where it has strong control. Beijing is the safest city, but Pyongyang might be unwilling because the bilateral relationship is at a low ebb. As for the Mongolian capital Ulaanbaatar, situated between China and Russia, North Korea has long enjoyed a friendly history with Mongolia.  This location would minimize US opportunity to "take action" while promising Kim's safety.

Due to the amount of power Kim has over North Korea combined with Western animosity, concerns for his safety could exist outside of the norm. How the Trump-Kim meeting goes down could be an enormous challenge for Pyongyang. The process by which North Korea returns to the international community will be an arduous and treacherous journey. The move will require support from China and Russia. Its effort in trying to be a balancing factor is not a perfect strategy and is a long-term issue. Choosing the location of the summit is a decision of utmost importance and requires the greatest of care.