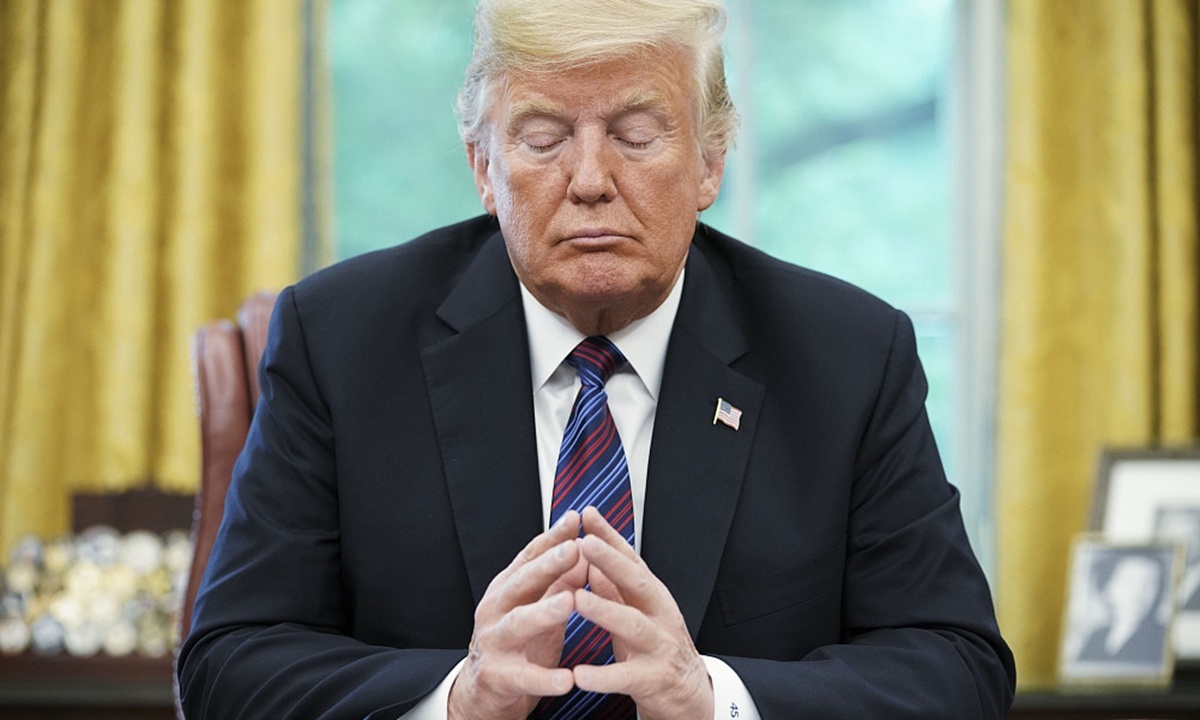 US President Donald Trump's four-year tenure has left deep imprints in US social, economic, political and foreign policies - in particular his China policy. The Trump administration has been promoting a tough line on China. In its later years, especially during the election campaign, Trump touted his hard-line China policy as his biggest diplomatic accomplishment. Even after Trump leaves office, it's widely believed he would often talk about the fundamental change in the US' China policy propelled by him. The China policy may not be Trump's greatest political legacy, but he definitely regards it as one.

The Trump administration has no commendable legacy when it comes to China. Given the damage the Trump administration has caused to China-US relations, no matter how hard Trump and his team try to burnish their China policy, it's more appropriate to call it the biggest political obstacle to China-US relations rather than a legacy that is worth boasting.

During Trump's presidency, the US launched a trade war against China, cracked down on Chinese high-tech companies like Huawei, and championed McCarthyism to target Chinese media outlets' US offices. The US has also interfered in China's internal affairs such as Hong Kong and Xinjiang and imposed wanton sanctions on Chinese officials and enterprises.

The Trump administration's China policy possesses the greatest threat to future China-US relations. It has ruined the achievements in bilateral relations the two countries had made since the establishment of diplomatic ties over four decades ago.

The US' China policy under Trump has the following characteristics. First, it's very destructive. In disregard of the mutual benefits of bilateral relations, the Trump administration used every possible means to crack down on China. Many of its moves touched China's red line, which resulted in suspending dialogues, interrupting mutual exchanges and severely jeopardizing mutual strategic trust.

Third, the policy is quite ideological. For one thing, the Trump administration has tied up economic, trade, security and human rights issues together to exert pressure on China; for another, it has aggressively attacked China's political system and the leadership of the Communist Party of China (CPC). It has tried to drive a wedge between the CPC and the Chinese people and pushed China-US relations into a new ideological cold war.

But in general, the Biden administration will likely try to break the constraints and shape its own China policy. It may gradually lift the restrictions the Trump administration imposed on it through issuing executive orders.

Voices that support China-US friendship and cooperation still exist in both countries. It's in the national interest of the US to promote a stable relationship with China. It's believed the Biden administration will not disregard this fact, and it will take some measures to break the restraints imposed by its predecessor.

Biden has laid out his 100-day plan to erase Trump's legacy. For now, he focuses on domestic issues. So China will not become his priority in a short time. But this doesn't mean the Biden administration will indulge China-US relations to continue in its current state.

It's important for the Biden administration to maintain stability in its foreign policy in order to successfully resolve the domestic conundrums. Therefore, Biden may take a cautious attitude toward China to avoid any more chaos in China-US relations. This will provide an important window of opportunity for a turnaround in China-US relations and will test the political wisdom of both sides.