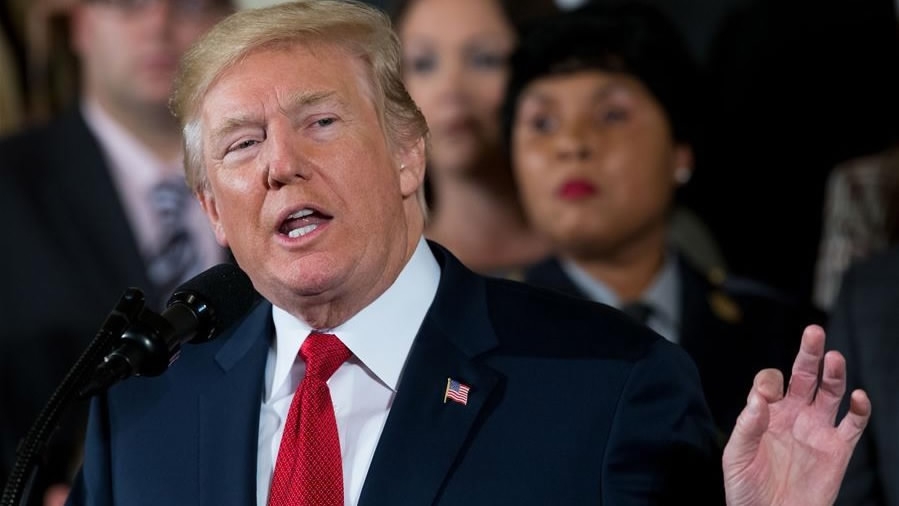 Days before the midterm elections, US President Donald Trump's vow to nullify the Constitutional guarantee of birthright citizenship with an executive order on Tuesday has further split not only the country but his Republican Party battling for control of Congress. On Wednesday Trump lashed out at top Republican Paul Ryan for criticizing the president's assertion.

Most legal scholars don't think Trump can practically materialize what he claimed and attribute his moves to a maneuver to appeal to voters through a harsh crackdown on immigrants. Eliminating birthright citizenship would involve a lengthy process of revising the US Constitution's 14th Amendment.

But some conservatives have taken this as an opportunity for change. Republican Senator Lindsey Graham of South Carolina was quick to show his support for Trump.

Trump is no fool announcing this decision and there are chances he may realize his goal by some means as he has unexpectedly done so in many cases. But he probably has underestimated the consequences.

Since his presidential campaign Trump has put forward a blueprint for Americans: "Make America Great Again." What he pictures for Americans is the country where he grew up - whites being the majority, a booming economy, manufacturing a pillar industry. As John Harwood of the Consumer News and Business Channel wrote, Trump "believes in yesterday." And he has indeed taken actions to purportedly defend US interests in this way: He pulled the US out of international deals and treaties that concern regional and global benefit, launched a trade war on the US' largest trading partner and upended the world order.

He may have set a wrong target. Standing at a crossroads, the US has no other option but to go forward and it is impossible for the country to become great again by standing back.

History professor Yuval Noah Harari said in a recent interview that in many countries politicians are no longer able to create meaningful visions for the future, but only offer people nostalgic fantasies of the past and promise that they'll go back there. Yet the past wasn't great nor can we go back there, said the best-selling author. This exactly applies to the US president.

Contrary to what he intended, Trump is turning the US into an isolated, short-sighted and paranoid country that keeps drifting away from "great." He has offered a wrong prescription for the country that cannot narrow the domestic divide or handle its international responsibilities.

Why? Because it can't do what's right, McAvoy says.

Can the US become great again? There seems little chance left anymore.