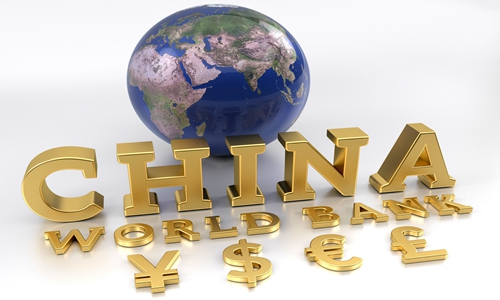 US President Donald Trump on Friday called for the World Bank to stop lending to China. Recently some Western political figures have come forward to deny China's status as a developing country, demanding the World Bank and their own countries cut development loans to China. This is more about showing their political attitude and is far from the basic principle of development assistance.

The World Bank has rapidly reduced its loans to China in recent years and Chinese society has accepted it. China is among the best-performing developing countries. The World Bank will continue to curtail loans to China till the bank eventually stops it. We understand this is the trend.

But a reality is that China is still, and will remain, a developing country for a long time to come.

This is how the Chinese society sees itself and how the report to the 19th CPC National Congress defined the state of the country's development. Such a definition is not aimed to obtain external loans or enjoy preferential WTO treatment for developing countries. China won't deceive itself for petty economic benefits.

It's a basic fact that China is a developing country. There is still a large gap between the country's per capita GDP and that of Western countries. China's development is very unbalanced and many places in the central and western inland regions are still backward. Even in big cities in the eastern areas, myriad problems, such as environmental protection, medical care and pensions, need to be addressed.

Loans offered by the World Bank and some Western countries have positively promoted China's development in the past years. And China has repaid every single loan on time. China can be seen as a model, showing the positive effects of development assistance loans.

Some Western politicians are now mad about development loans to China. Such a mentality is quite unhealthy. After decades of receiving loans, if China still lagged behind and was even too poor to repay loans, would they be happy instead?

The World Bank loans mainly support infrastructure construction, environmental protection and some key livelihood projects in developing countries. Such loans will still have ample scope to be utilized in China in the next few years.

Of course, with China's increasing national strength, the country's ability to self-finance these development projects has been unprecedentedly enhanced. But reducing external development loans in a gradual process is in China's interest, and not against the World Bank's purpose. It is not a bad thing for the World Bank to adjust its operations smoothly.

The US doesn't have the final say on how World Bank should operate. The US is undermining the World Bank's professionalism by hyping this topic in a critical period of the China-US trade war. It is attempting to make the World Bank a tool to exert pressure on China, and meanwhile lead other Western countries to politicize development loans to China.

The World Bank's loans are not aid. Although low-interest, they have to be repaid. It is hoped that China can keep a debtor-creditor relationship with the World Bank for a period of time, as it is a symbol of China's opening-up. The World Bank has been reducing loans over the years, which has not triggered resistance in Chinese society.

And it is hoped this will be a relatively natural process, having nothing to do with the US containment of the rise of China.