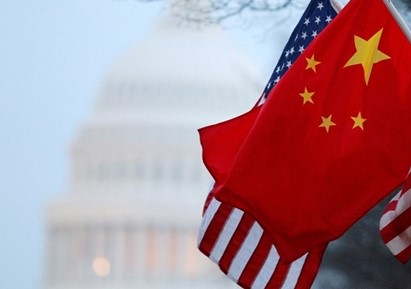 Facing a cascading coronavirus onslaught and the tumult of the impending presidential election in November, US President Donald Trump and his team are playing the "China-bashing" card again, a ritual the cohort of China hawks in Washington find useful and expedient to shirk responsibility and guilt. Besides, dereliction of their duty has caused the traumatic mess and human loss in the US.

By trumpeting Sinophobic rhetoric, the sitting US president goes far-right in a desperate attempt to deflect his outright failure in addressing the Covid-19 pandemic. And, at the same time, the Trump administration is gambling with Americans' precious lives.

Trump is worried that a tumbling economic activity, leading to a prolonged US recession, will erode his reelection chance. Therefore, he is directing American factories to restart operations and companies to reopen the business, despite the plain and grim fact that the pandemic has not ceased its spread in the US mainland, and is still decimating an average of about 1,700 lives a day.

Unlike governments of all other countries that prioritize saving people's lives instead of rescuing a flailing economy, the Trump government is doing exactly the opposite.

The administration's apathy towards American people is shocking, reflected by its intentional oblivion towards a marked elevation of daily 3,000 fatalities estimated for June, revealed by the administration's internal report if it rushed to upend shutdown and reopen the economy.

Now, by shifting the blame on China and conjuring up populism and nationalism, Trump and his top advisers aspire to galvanize his Republican voter-base and try to "liberate" all the Democratic-leaning US states in his hope to win the November re-election. On several occasions, Trump has claimed the Democrats are "soft" on China.

Trump wants to play the hardball.

Lately, Trump has threatened to shred the phase one trade agreement between the US and China, which he signed on January 15 at the White House. All the more, Trump asserts he is weighing new trade tariffs on Chinese goods. Besides, out of his inflaming tantrum, Trump said he would be "turbocharging" an initiative to decouple the US economy from China's by moving US supply chains away from China.

Everyone knows that a decoupling of the world's two largest economies is definitely perilous and dangerous, because it will cause instability in global trade, finance, and personnel exchange, and may also trigger geopolitical tremors. From the moment Trump fired his secretary of state Rex Tillerson, and later secretary of defense Jim Mattis, two top cabinet members of faith and competency, the policies of the administration have entered unchartered territories.

At the end of 2018, the Trump government launched its signature trade war against China, clamping down on Chinese scientists, students, and technology firms like ZTE and Huawei. Since then, the cracks of damage to previous solid and mostly cooperative bilateral relations under presidents George W. Bush and Barrack Obama have been widening.

Increasingly, many in China believe that the Trump government is intentional and determined to torpedo an important relationship.

Beijing was put on alert. From the beginning to the end of 2019, China had been prepared for the worsening of relations. By revisiting the traditional "Silk Road," the leadership has decided to nurture broader economic and political relations with a good number of countries along the "Belt and Road," including developed European economies.

Though trade with the US has kept sliding in the first four months this year, shadowed by Trump's tariffs war, China's overall foreign trade remains stable, thanks to its swelling imports and exports with the "Belt and Road" countries.

China knows its advantages lie in its robust and growing market.

In 2019, Chinese people got an eyeful of Trump's bluff and bluster. However, his waging a trade war and a technology blockage neither deterred China nor crushed the world's second-largest economy. While decades-old infrastructure projects in the US are creaking in disrepair, China's expressways and high-speed railways are extending to the outlying mountain-logged regions, its city skylines are changing rapidly, and new-generation mobile networks are being deployed on a massive scale.

The fact that most of America's traditional allies chose to reject the Trump administration's demand to exclude Huawei from the rollout of their new 5G networks tells a truth that 1.4 billion Chinese people should always be united, work harder to climb up the technology ladder, extend arms to all friendly countries, and shun the China-bashers.