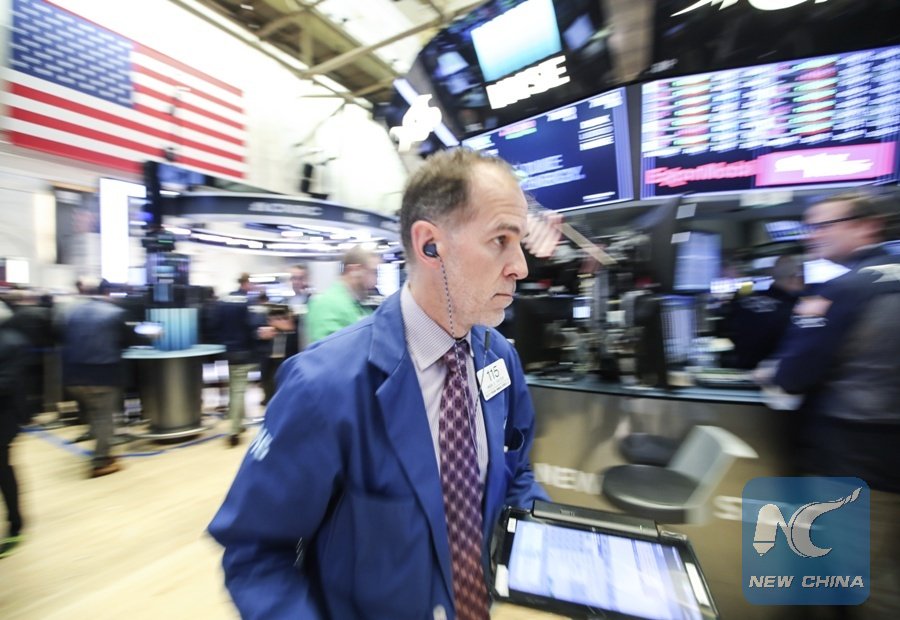 A trader works at the New York Stock Exchange in New York, the United States, March 22, 2018. US stocks ended lower, with the Dow plunging over 700 points, after the US President Donald Trump announced to impose tariff on imported products from China. (File photo: Xinhua)

The American economist said the so-called "Special 301 Report on Intellectual Property Rights" is wide of the mark in some key areas.

Section 301 is a measure under the US Trade Act of 1974 that allows the president to take action, including retaliation, if an investigation finds foreign trade practices are burdening or restricting US commerce or are unreasonable or discriminatory.

On March 22, President Donald Trump signed a memorandum that could impose tariffs on up to 60 billion US dollars of imports from China and restrict Chinese investment in the United States.

The report by the US Trade Representative accuses China of "forced technology transfer" in joint ventures. It says US companies have to turn over proprietary technologies and operating systems in order to do business in China.

"I don't think that's true," Roach said, drawing on his experience when he worked for Morgan Stanley in a joint venture with China Construction Bank.

During their tie-up to build China's first investment bank in 1995, the US partner shared its business practices and distribution system.

"This was a conscious effort on our part to share," Roach said. "We did it voluntarily," pointing out that US and other multinational corporations willingly enter into these legally-negotiated arrangements for commercially sound reasons.

The report also accuses China of being the only country to develop a plan like "Made in China 2025" for growing its hi-tech industries.

According to Roach's research, many countries have been engaged in building strong industries, including Japan, Germany and the United States itself. "It's really hypocritical for the US to criticize China for utilizing industrial policies," he said.

The punitive US tariff plan targeting China is regarded by many as a unilateral move that poses a threat to global trade. It is consistent with the long-standing tendency to blame trade deficits for loss of manufacturing jobs at home.

"(Trump) thinks China is responsible for many of the problems that continue to prevent America from being great again," Roach said, commenting on the real intention behind the measure.

According to his research, in 2017, the United States had a trade deficit with 102 countries. "We have a multilateral problem," the senior economist noted. "It's wrong to look at one or two pieces as evidence of bilateral problems."

Calling the US-China trade dispute a serious issue which, if handled improperly, may intensify the risk of a trade war, he emphasized that "globalization is being win-win while trade wars are lose-lose."

Fears of a trade war shook the global stock and currency markets immediately after Trump's announcement on March 22, with the benchmark S&P 500 Index slumping the most since early February and the Dow Jones Industrial Average dropping nearly 3 percent.

On March 23, Japan's benchmark Nikkei 225 Index plunged 4.5 percent to 20,671.11 and South Korea's Kospi tumbled 3.1 percent. in China, both the Shanghai Composite and Hang Seng lost over 3 percent. Benchmarks in Southeast Asia and Australia fell too.

Experts say there are many areas for cooperation between the United States and China, but the risks of a trade war would make it very difficult to achieve.

"A secretariat that contains experts from both sides to meet and exchange views and analysis on a regular basis is a better way to address the disputes," Roach said.

He also suggested that both parties develop better rules and guidelines on market access and utilize technology.