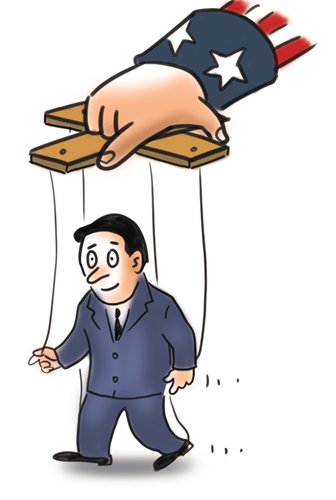 The US recently ratcheted up relations with Taiwan. US President Donald Trump signed the Taiwan Travel Act into law in the middle of March which allows all levels of US officials to travel to Taiwan. On March 23, Alex Wong, deputy assistant secretary at the Bureau of East Asian and Pacific Affairs from the US Department of State, wrapped up his visit to Taiwan, during which he reaffirmed long-standing US policy toward and support for Taiwan. On April 7, the US State Department approved granting a marketing license that allows US manufacturers to sell submarine technology to Taiwan. Taiwan authorities claimed that the decision would help lift Taiwan's defense capabilities. The Taiwan question has been the most important and the most sensitive issue in China-US relations. Do all these moves adopted by the Trump administration amount to playing the Taiwan card against China?The acceleration of US-Taiwan relations did not start with Trump's term. During the administration of Barack Obama, conservative forces within the Republicans were dissatisfied with its Taiwan policy and some pro-Taiwan congressmen were trying to upgrade US-Taiwan relations both militarily and "diplomatically." For instance, the US House of Representatives Committee on Foreign Affairs held two hearings on "Why Taiwan Matters" during the Obama era. Ileana Ros-Lehtinen, who chaired the committee, denounced calls to stop selling weapons to Taiwan and demanded upgraded relations with Taiwan.In December 2016, some congressmen again forcefully incorporated their ideas into the National Defense Authorization Act for Fiscal Year 2017 that the Pentagon should push forward exchanges with Taiwan involving senior military officers and senior officials so as to improve military relations and defense cooperation with Taiwan. When I visited the Capitol at the end of 2016, some China hands told me worryingly that the assistants to congressmen with a clear understanding of the importance of Sino-US relations who stuck to the one-China policy were leaving, while there were more with little knowledge of the trajectory of Sino-US relations and the one-China policy. Quite a number of assistants to congressmen have been influenced by pro-Taiwan lobbying groups. Meanwhile, within the US there have been growing concerns about the rise of China. Consequently, voices that support US-Taiwan ties have strengthened within the US congress.Against such a backdrop, since Trump took power, the moves adopted by his administration have been startling. Right after his presidential victory, Trump had a conversation over the phone with Taiwan leader Tsai Ing-wen. While the phone call was strongly opposed, Trump said he did not understand why the US had to be bound by the one-China policy. In June 2017, the Trump administration approved arms sales to Taiwan worth $1.42 billion. The National Defense Authorization Act for Fiscal Year 2018 passed in December requires the secretary of defense to study the feasibility of re-establishing regular ports of call for the US Navy at Kaohsiung or any other suitable port in Taiwan and normalizing the transfer of defense equipment and services to the island. The signing of the Taiwan Travel Act is just a continuation of the moves.The Taiwan policy of the US has always been a part of the country's strategy toward China. The Taiwan authorities are nothing but a pawn of the US. During the Obama era, the previous policy of engaging with China was widely questioned by the US strategic circle. After Trump took power, he labeled China as the country's strategic rival in his National Security Strategy, highlighting competition between Beijing and Washington. At the same time, some conservative strategists are relentlessly advocating their Taiwan agenda. It is worth pointing out that the one-China policy is the political foundation of Sino-US relations. The moves by the Trump administration have challenged the three principles agreed by the two countries for the establishment of diplomatic relations (namely, the US must sever its diplomatic ties with Taiwan, abrogation of the mutual defense treaty between the US and Taiwan and the withdrawal of all US forces from Taiwan). They may even put China-US ties on the edge of a cliff. The Trump administration should think twice before acting.