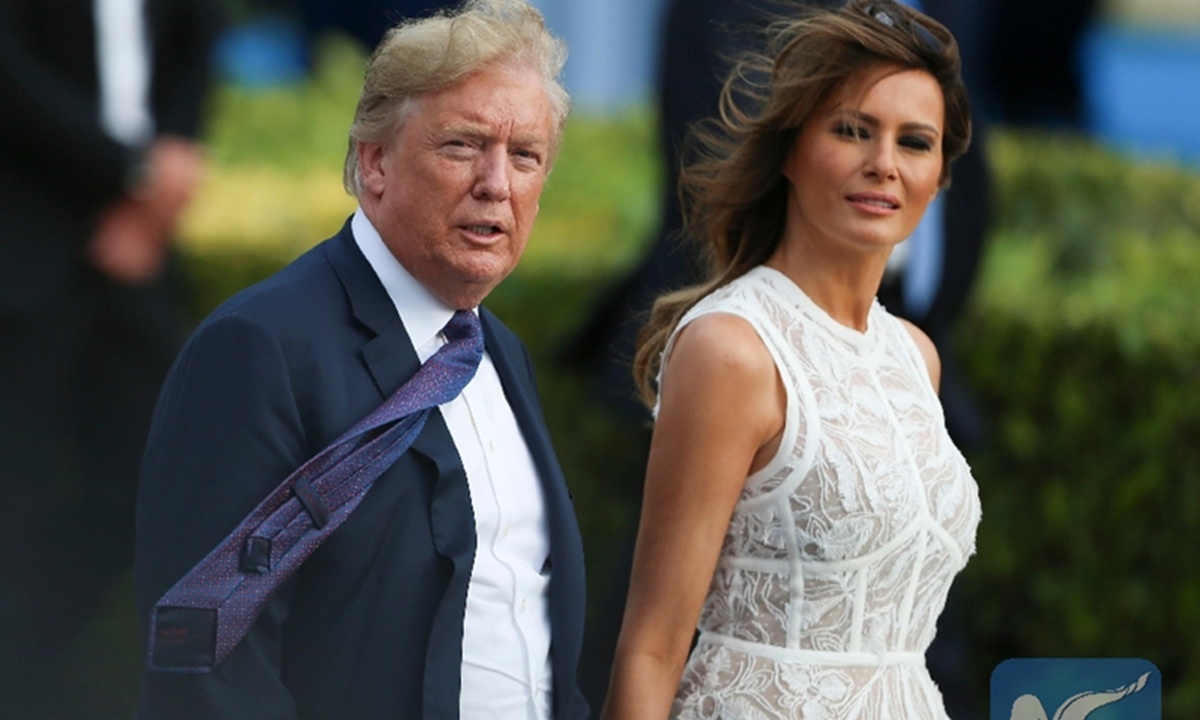 It doesn't matter how much Donald Trump's current administration has attacked China over COVID-19, as soon as it was reported that Trump, as a senior citizen, had contracted the virus with symptoms and been taken to hospital to be treated. It is only normal to be supportive and wish him and his wife, Melania, well through their recovery. Chinese Foreign Ministry Spokesperson Hua Chunying expressed her best wishes via Twitter on Friday. As an active member working for a Chinese media outlet, I retweeted Hua's post.

However, almost at the same time as Hua made her compassionate comments, during a House coronavirus subcommittee hearing, the US Health and Human Services Secretary, Alex Azar, alongside two other Republican representatives, continued to viciously attack China. They shifted the blame of the COVID-19 pandemic in the US to China; it's a bad-mannered move given the circumstances.

Donald and Melania Trump's recent COVID-19 infections further expose the vulnerability of the US in handling the global pandemic, but the rest of the world avoids talking about this subject out of sympathy and general politeness. The US government and Congress should keep a low profile in this regard, in line with international public opinion. However, their performance at the hearing clearly shows they intend to stir up the "debate" even further. Their actions are disrespectful toward the Trump family and fail to create a supportive environment they need to recover.

China and the US should seek to cooperatively handle the global pandemic. It would benefit both the US, as it still struggles with the pandemic, as well as the rest of the world. It would be sad if some US politicians refuse to accept this common-sense approach due to their shortsightedness.

Meanwhile, it is only natural that Chinese people feel upset with the US' increasingly extreme China policy, especially as some US' politicians slander China over the pandemic. However, I hope that Chinese people restrain themselves when they comment on Trump's infection. Such restraint would be noticed in the internet era with highly globalized information, and will lead to positive impacts, though no one has the right to point fingers at Chinese society's narratives and behaviors.