OPINIONS Trump's Middle East plan: A win for hatred, a loss for peace

Trump's Middle East plan: A win for hatred, a loss for peace 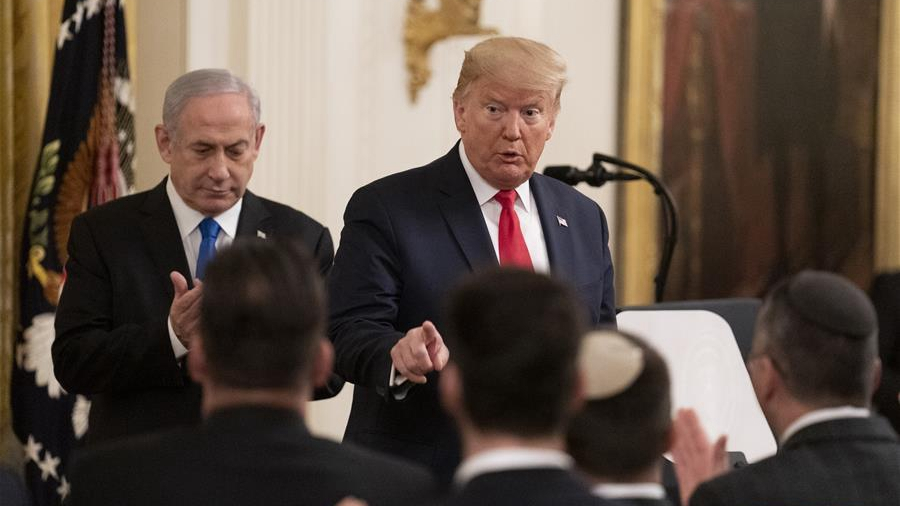 When Donald Trump announced his peace plan in the White House, it was more like a celebration of victory rather than the announcement of a meeting facilitating talks between Palestinians and Israelis.

According to Donald Trump, the new 180-page plan is a "win-win opportunity for both sides, a realistic two-state solution that resolves the risk of Palestinian statehood to Israel's security." However, the new plan is a major loss for Palestinians and only an illusory "vision" for both sides.

The newly published 180-page "vision" is actually not new. In May 2019, Trump's son-in-law Jared Kushner advocated a "vision" with the name of "peace to prosperity", a name similar to the one Trump announced this time. Kushner had already conveyed the essence of Trump's plan for Israeli and Palestinian peace.

Both Trump's and Kushner's visions advocate the principle of "money for peace", which requires Palestinians to give up their claims to Jerusalem and the West Bank in exchange for more foreign investment and economic opportunities.

It may be true that the prospect of economic development, or "prosperity", was an important factor that encouraged the political representatives from Israel and Palestine to reach the Oslo agreement in the early 1990s when they were trying to move forward the peace process.

Subsequently, in Trump's and Kushner's "visions", it is indicated that a future of economic prosperity can largely alleviate the hatred between Palestinians and Israelis and bring both sides together to create peace.

Meanwhile, Trump's plan is less likely to bring a successful settlement of Israeli and Palestinian peace, at least not in the near future. The precondition for any success at peace should consist of a unified voice at the negotiation table and the implementation of an agreement reached during the negotiation process by both sides regardless of their political divisions and frictions. However, this was not demonstrated by the Israeli side nor the Palestinian side.

On the other hand, for Israel, the divisions and competitions between different political parties have been increasingly widening since the 1990s, and it is impossible to make major concessions by Israeli politicians towards Palestine over the status of Jerusalem and the Jewish settlements in the West Bank.

The alliance between different political parties in the Israeli parliament, or Knesset, is so fragile that any sensitive issue could lead to a collapse of Israel's government which has been suspended for more than a year. Israel's internal divisions have actually hindered a unified voice by the government in its negotiation with Palestinians.

Meanwhile, the divisions among different Palestinian factions are greater, highlighted by the Palestine Authority led by Fatah in the West Bank, and the Gaza Strip controlled by Hamas. In addition, the Palestine Islamic Jihad is expanding its influence and trying to challenge Hamas' dominance in Gaza. Against this backdrop, it is impossible to unify all the voices of different factions in the negotiation table with Israel.

It is an arduous task to facilitate the peace process between Israel and Palestine, given both sides' political status quo and distrust. It is now highly necessary for the Trump administration to maintain a neutral stance and take the interests and concerns of both Israel and Palestine into consideration.