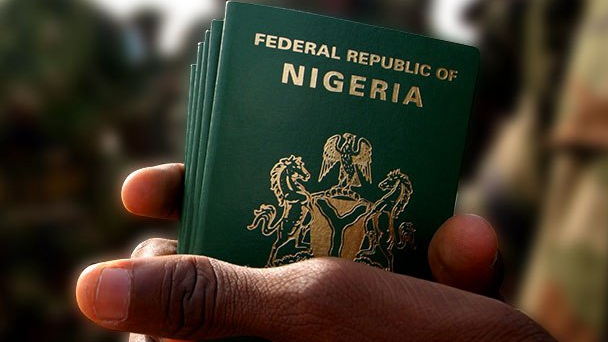 On Saturday, the White House revealed an extension of Trump's travel ban policy targeting six countries - Nigeria, Tanzania, Eritrea, Myanmar, Kyrgyzstan, and Sudan. The ban will block nationals of these countries from receiving visas which "lead to permanent residency"- subsequently denying them the right to work and live in the United States. The addition sees the policy shift from banning entry to nationalities, which the White House previously argued were a security and terrorism risk, or simply adversarial, into an outright bid to forcefully reduce migration into the United States outright.

The policy, however, is perplexing, and in some ways self-contradictory. The Presidency is now targeting African countries despite having a year previously revealed a "prosper Africa" strategy, which sought to re-engage the continent purely for the purpose China had a good relationship with it. However, as the new policy reveals, this was never pursued in serious solidarity for Africa and was only about American strategy. With the highlighted targeting of Nigeria, Trump has now dealt a serious blow to one of their most successful relationships on the continent and is likely to increase their (as well as other's) engagement with Beijing in the long run.

On a diplomatic and economic level, Nigeria is fast becoming the most important country in Africa. With a population of 190 million, it is often touted as "an economy of the future" and is anticipated to become an engine of global economic growth. With its primary export being oil, the United States sits as Nigeria's highest provider of Foreign Direct Investment, with most of it being cantered in the petrochemicals sector.

As a Congressional Research Service report notes: "Successive Administrations have described the U.S. relationship with Nigeria, Africa's largest producer of oil and its largest economy, to be among the most important on the continent. The country is the United States' second-largest trading partner in Africa and the third-largest beneficiary of U.S. foreign direct investment on the continent".

With the United States having released their "Prosper Africa" policy in late 2018, a doctrine is largely emerging from the fact that Washington had turned against China as a "strategic competitor", one would assume logically that the administration would continue to place emphasis on diplomacy with Nigeria and look for opportunities to expand investment, not least because the Nigeria-China relationship has also grown in tandem.

For example, China's imports from Nigeria expanded 70 percent in 2019, while Beijing is also set to secure a deal to finance a 2.5 billion U.S. dollar gas pipeline in the country by the second quarter of this year. Huawei also helped Nigeria establish the first 5G network in West Africa late last year.

However, the Trump administration's domestic and foreign policy outlooks more than often prove to be contradictory. With this so-called pivot to Africa being largely insincere in practice, based as a reaction to China than a genuine cause for concern for the continent, it cannot neutralize the anti-migrant populist-nationalism rooted at the heart of the administration.

With the election looming this year, Trump is inevitably going to care more about his own domestic standing and voter base than issues in Africa, and an extremely tough position on immigration has long been one of his core priorities. As a result, the option to extend the racially motivated travel ban inevitably "trumps" any foreign policy preferences.

The diplomatic consequences of such a move will be significant. The move is a slap in the face for Nigeria and a number of other African countries, which will damage America's soft power and appeal, as well as make it more challenging for the two countries to do two-way business. It sends out a negative message that will consolidate the belief that the United States is an unreliable partner and is prejudiced against Africans, which ironically serves to contradict the President's entire "prosper Africa" strategy in the first place by pushing them to turn to China.

In this case, the President's newest travel bans represent a poorly thought out strategic blunder. At the heart of the White House's foreign policy, the aggressive push for "America First" and appeal to racial anxieties contradicts sharply with the equally assertive belief that the country ought to reassert its hegemony against perceived challengers such as China.

Still, any interest it held in Africa was merely an extension of the latter, than a serious end in and of itself. It is painfully obvious Trump has little empathy for African people. Thus, as the election comes calling, the President turns to his base and, without a second thought, alienates a swathe of the continent.