OPINIONS Trump's tariffs disruptive to supply chains, but shifting them away from China won't be easy

Trump's tariffs disruptive to supply chains, but shifting them away from China won't be easy

The US administration's tariffs on Chinese products, which expanded to an additional $200 billion's worth of goods in September, are forcing businesses to rethink their supply chains.

But given China's comparative advantages as well as cost and market rules, it would not be easy to shift the supply chains away from China, US trade experts have told Xinhua.

CHINA: ONLY SOURCE OF IMPORTS FOR MANY PRODUCTS

"Right now, retailers are assessing their supply chains to determine possible alternative sources, but for certain products, China is the only source that exists," she said.

The NRF is the world's largest retail trade association representing discount and department stores, grocers, wholesalers, chain restaurants and Internet retailers from the United States and more than 45 countries and regions.

The group, the spokeswoman said, holds that "tariffs and the retaliatory actions that follow are a threat to just about every sector of the US economy, including manufacturing, agriculture, technology, retail, energy and more."

Adjusting supply chains is "not that simple in a global economy. Businesses make production or sourcing decisions months and years in advance, and they rely on very complex supply chains," she said.

"Retailers and other importers could not easily or quickly switch to domestic sources because they do not exist on the scale that would be needed," she said.

"Even if there were to be an eventual switch to US sourcing, it would take years to build up a base to support it. And for many products subject to tariffs, China is the sole source of US imports. No alternative sources exist," she said. 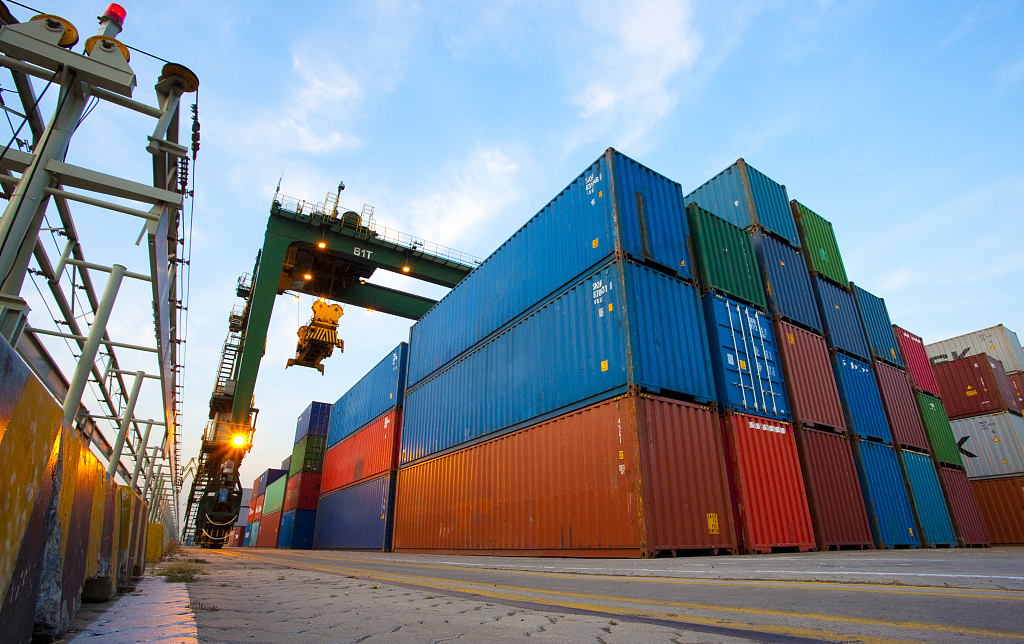 WHAT ARE CHINA'S ADVANTAGES?

As the new wave of tariffs which came on top of the $50 billion's worth already taxed earlier this year begins to make China look more expensive, few other places around the world could match China's advantages -- its highly skilled labor and the reliability of the supply chains.

Before the tariffs, some labor-intensive manufacturers have already started leaving China as the country's wages have risen for the past 10 to 15 years in a row, Mary Lovely, an American professor of economics and an expert on trade with China, told Xinhua in an interview.

They have already seen apparel, footwear, toys, sporting goods and some electronics moving elsewhere in Asia.

"These are things that we would expect because as China develops, the rest of East Asia or the poorer countries of East Asia also expect to be pulled along with that train," said Lovely, who is a professor of economics at Syracuse University and a nonresident senior fellow at the Peterson Institute for International Economics.

"China is an engine of growth for the region, so none of that is surprising," she said.

"The tariffs will likely accelerate that," she said, adding that firms that are thinking about moving will probably go ahead because these additional 25 percent tariffs will make it very tough for them to compete with subcontractors in other countries that won't face these tariffs.

"And that puts competitive pressure on China so it will accelerate changes in global value chains," she said.

But not all firms can do that, she said.

For one thing, companies produce or purchase higher value items from China, which are made by more highly skilled labor and are reflecting relationships that have developed, she said.

"Many of those supply chains are certified by the FDA (Food and Drug Administration) in the United States or other regulatory bodies and moving them is difficult," she said.

"So there's a great deal of uncertainty and firms are really in doubt as to what they should do because moving the supply chain is costly. Before you want to do that, you want to make sure that it's something that you really need to do," she said.

She warned that "the uncertainty causes a kind of paralysis on investment and we are already seeing some slowdown in investment flows."

According to data from the US Bureau of Economic Analysis released in July, net foreign direct investment dropped to $51.3 billion in the first quarter, a 37 percent fall from the same quarter in 2017 and a 65 percent decline from the first quarter of 2016.

UNINTENDED CONSEQUENCES FOR US

The Texas-based arts and crafts retail chain, Michaels, has warned in early September that retail prices could be hit by the US administration's new round of tariffs on Chinese imports.

An estimated $400 million of its product costs would be subject to the new round of tariffs, Chief Executive Officer Chuck Rubin told a Goldman Sachs Group Inc. retail conference in New York on Sept. 5.

But the cost of goods to fill its shelves is not what annoys the largest American arts and crafts retail chain most as Michaels has "a lot of levers" it can pull to mitigate the impact, Rubin said.

While the company with a large bulk of its goods coming from China is looking into shifting manufacturing to other countries, he said, "There is virtually no possibility of moving manufacturing into the US"

Companies that are forced to rethink their sourcing may find their hands tied as "supply chains are built by companies with great care and substantial analysis," said Professor Robert Sicina, executive in residence of Kogod School of Business at the Washington-based American University.

"To disrupt them is to negatively impact the confidence firms have in the US having a consistent policy," Sicina told Xinhua in an interview.

"Without consistency, firms will move their supply chains away from the US, not towards it. This is just one example of the unintended consequences of President (Donald) Trump's actions," said Sicina, who has 30 years of experience in senior executive positions at big banks and various entrepreneurial endeavors.

Another major, long-term unintended consequence, Sicina said, is that "foreign investment in the US will also be disrupted because of the tariffs."

When investment flows into the United States, foreign investors have to consider its trade policies, as extra tariffs will impact investors' ability to import raw materials and export their products, Sicina said.

"Trump's trade war is to curb foreign investment in the future, because they're going to lack confidence that the US will play by the rules, because it's now breaking the rules of fair trade in expectation of cutting a better deal with China," he said.