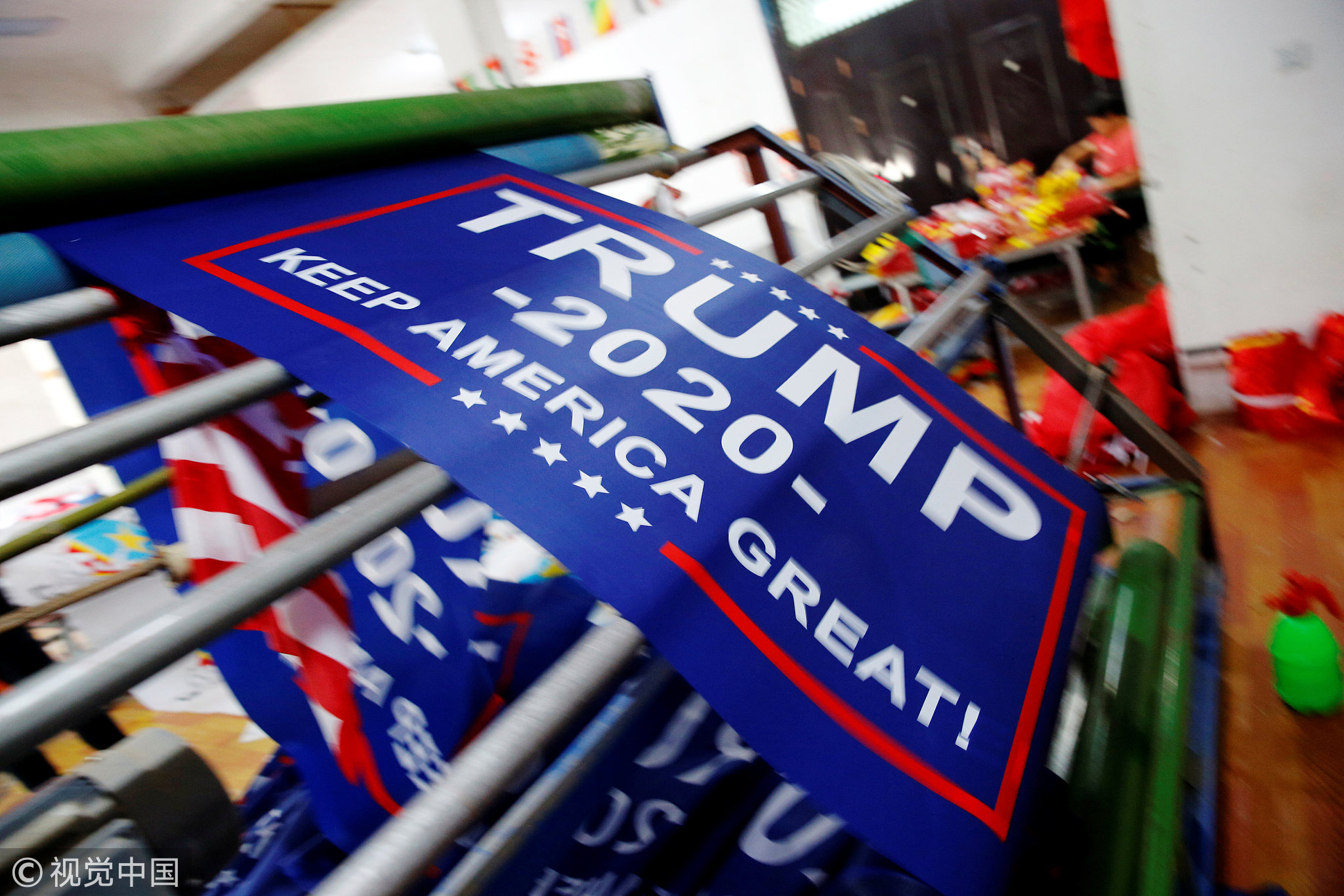 "KEEP America Great." – Donald Trump is already preparing for the mid-term elections later this year, and that's what he intends to put on his banners. But the thing is, they're being manufactured in eastern China, and will be hit with his own punitive tariffs when they make their way stateside.

Workers say they must produce over 1,000 of these banners every day, and they've already made so many batches of them.

The banners highlight a paradox in US-China relations under the current Trump administration. At about one dollar apiece, even the suppliers to the Trump campaign can't resist the low price.

The factory also made banners for Trump's 2016 campaign, and said its business has been great since then.

Trump has long railed against Chinese imports, and launched a controversial trade strategy this year to punish Beijing.

Yet his move is merely “making America more expensive.” The US Department of Commerce said flags and other textile products would be subject to a 10-percent levy.

One seller said that would be enough to double the price of a “Make America Great Again” hat, to 20 dollars a pop.

And his hard-line stance toward China could eventually repel suppliers, like the Jiahao Flag Company.

Yao Yuanyuan, the general manager of the company, said if Trump continues to demand tariff increases as he has been doing, she definitely would not be able to accept more orders.

They are not worried at all since they're producing foreign flags every single day.

President Trump only has himself to blame if he has no flags to fly for his mid-term election rallies.