OPINIONS Trump’s trade bullying tactics will hurt the US

Trump’s trade bullying tactics will hurt the US 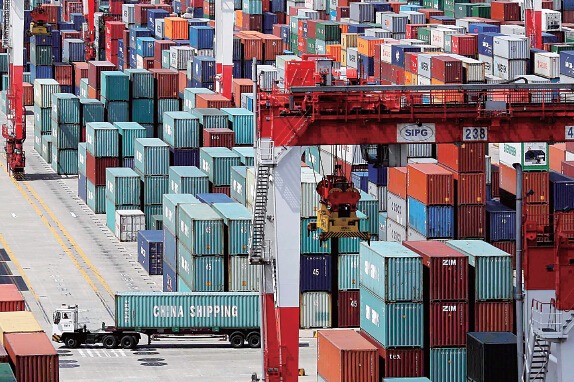 On July 6, the United States started imposing tariffs on $34-billion-worth of Chinese goods, setting the trade war with China in motion and putting the torch to free trade and the global rules-based order. It was a sinister move designed to bully the world’s second largest economy.

The tariffs, which are a complete violation of WTO rules, have been criticized as “trade bullying tactics” by China’s Ministry of Commerce and have also been denounced by experts from both China and abroad.

The logic that bullying China will make America “great again” is flawed. It is silly to think that the Trump administration’s bullying tactics will scare China, and slapping its largest trading partner in the face and bucking the global trend toward greater openness suggest that Uncle Sam may have lost his mind.

The thinking that trade wars are good and easy to win is a dangerous myth. It is wishful thinking to believe that America can and will win the trade war. On Monday, for example, the Washington-based International Monetary Fund (IMF), which has played a part in shaping the global economy since the end of World War II, warned that rising trade tensions between the United States and the rest of the world could cost the global economy about 0.5 percent by 2020, or about $430 billion in lost GDP worldwide.

Trump’s bullying tactics are not even having the desired effect of slowing the Chinese economy. According to official data, China’s second-quarter GPD advanced to 6.7 percent amid escalating trade tensions. China’s growth rate is not only within expectations, but is on par to surpass the government’s 2018 growth target of 6.5 percent.

The bullying tactics are, however, having an effect on the American economy. On the $34-billion US tariffs list, about $20 billion of the goods are produced by foreign companies in China, and American companies account for a considerable proportion. This means that American companies and, ultimately, everyday Americans, will pay the price for Trump’s trade war. To make matters worse, the Trump administration raised the stakes by threatening to hit China with another $200 billion in tariffs, which, if carried out, would have damaging ripple effects across the globe.

Already, US businesses are sounding the alarm over Trump’s bullying tactics. Recently, the US Chamber of Commerce warned that retaliatory tariffs imposed by other countries on US exports will make American-made goods more expensive, resulting in lost sales and ultimately lost jobs in America—as many as 2.6 million American jobs, according to the Chamber.

America will never be "great again" without China, because the economies of the two countries are deeply intertwined. The two sides must work together to manage their relationship. But if the Trump administration really wants to bully other countries, it stands to reason that China will fight till the bitter end to defend the interests of the nation and its people, and also stand up for the global trading system.