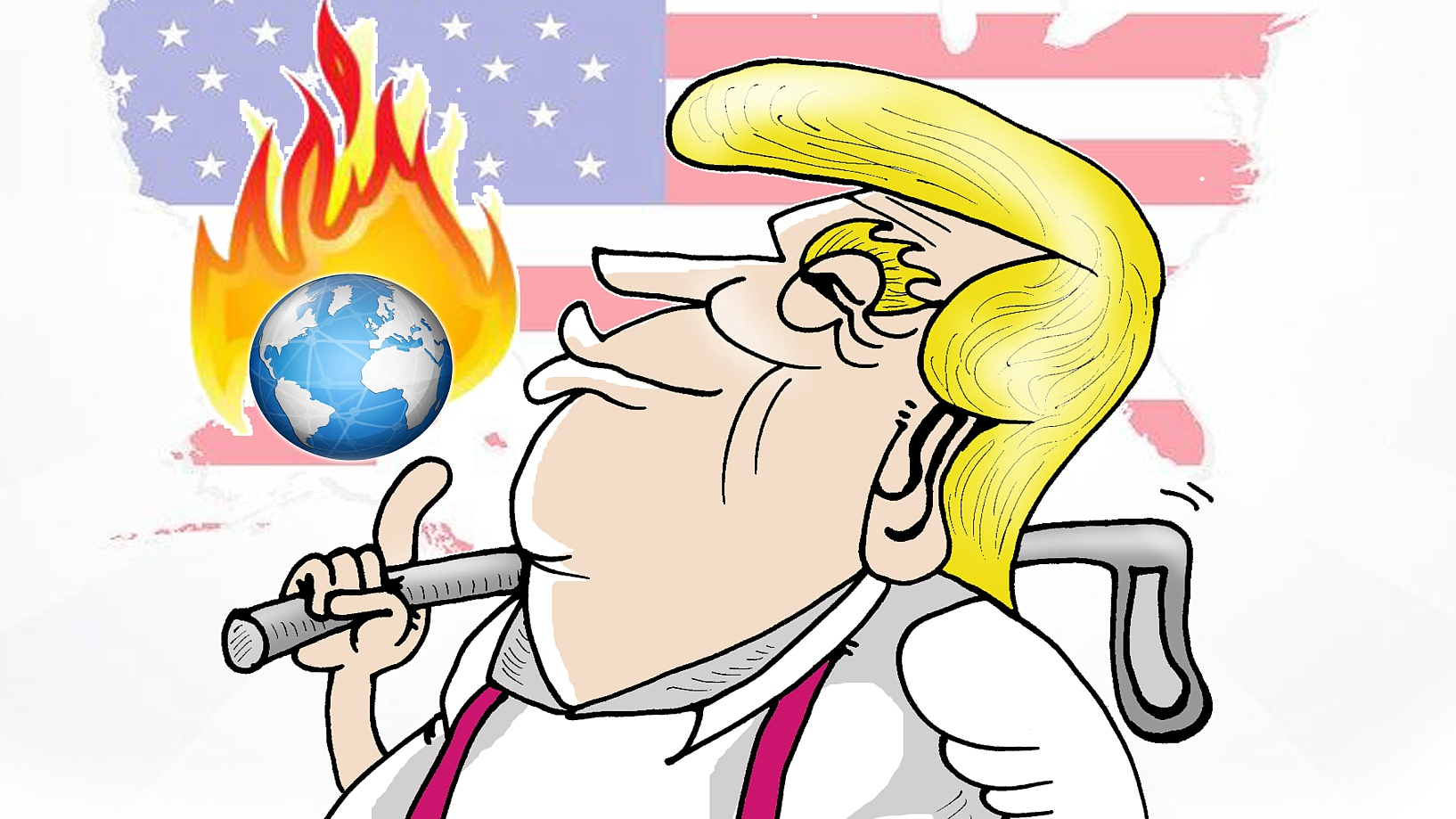 Another 200 billion US dollars worth of Chinese exports are now about to be subject to Donald Trump’s tariffs, pending a two-month public hearing process. This is on top of the 34 billion US dollars he has already identified. Trump is determined to drag the world economy, the welfare of the American people and the most important relations of the 21st century, the Sino-US relations, into hell.

This is a really serious matter, in the sense that a trade war could potentially lead to something much more serious, something on the brink of a real war. History has shown plenty of precedents that economic warfare ended up in violence, bloodshed and destruction for mankind. That is the fundamental reason for the creation of the European Coal and Steel Community in 1952 after the Second World War, which has evolved into today’s European Union.

The Chinese government has gone out of its way to take unilateral market open-up measures to avert an escalating trade war. The country has eliminated the equity restriction on foreign direct investment, particularly for the automobile market. Tesla just announced that it had reached an agreement with the Shanghai municipal government to invest in a new factory. All these measures, along with strong resistance from the US Capitol Hill, and the voices of the international community, are still not enough to swing the mind of the cabal in the White House.

Some pundits argue this is all for the midterm election. Give me a break, folks. With the soybean prices at such a pathetic level, you think these hardworking, down-to-earth farmers in the Midwest states are going to root for Republicans?

What Donald Trump is doing defies all economic rationale and all political rationale. It is pure insanity, from a national interest perspective. This begs the question, what he is really up to?

I think I have an increasingly valid theory to explain all of this lunacy. It may well be the Mueller investigation! There hasn’t been much news from the Mueller team recently. But one thing stands out that Michael Cohen’s new lawyer Lanny Davis claimed that Trump might have committed an “impeachable offense” by lying.

Michael Cohen is, of course, Donald Trump’s longtime personal attorney. The guy has a habit of secretly recording conversations with clients. And recently the district attorney of Manhattan stormed his office and seized a bonanza of these recordings, which I am sure include many juicy conversations with Trump. Michael Cohen recently said that his first loyalty is to the family – not Trump. Anyway, this is what Lanny Davis has to say about Trump in an interview on Hill.TV’s morning news show Rising:

“When you have a president lying as part of the abuse of power, such as lying about asking Michael Flynn not to be prosecuted, in that case, I believe James Comey and not Mr. Trump, that type of lie is an abuse of power, and that could be an impeachable offense.”

So my theory is that Donald Trump knows that Mueller is closing in on him. And he needs something political to harness support from the American people to counter that. In time he is going to come out and say: look, here we have a national crisis and we are fighting the Chinese on their economic aggression. I need American people behind me. But the Democrats are doing this political witch-hunt.

Economic aggression is indeed the phrase he uses. Trump is elevating Peter Navarro’s stature in the negotiation team with China. We all know Navarro is a China hater. He wrote a book and produced a documentary both entitled “Death by China.” In his world, acquiring natural resources could be evidence of economic aggression, which did appear in a recently released official document from the White House. It is obvious these are tactics to escalate the trade war.

Thank goodness there is a Congressional effort right now led by Iowa Senator Chuck Grassley to take back to Congress the Presidential authority over tariffs. This might be the only hope to contain Donald Trump’s trade terrorism.