OPINIONS Trump's trade war against China is 'dumb and getting dumber'

Trump's trade war against China is 'dumb and getting dumber' 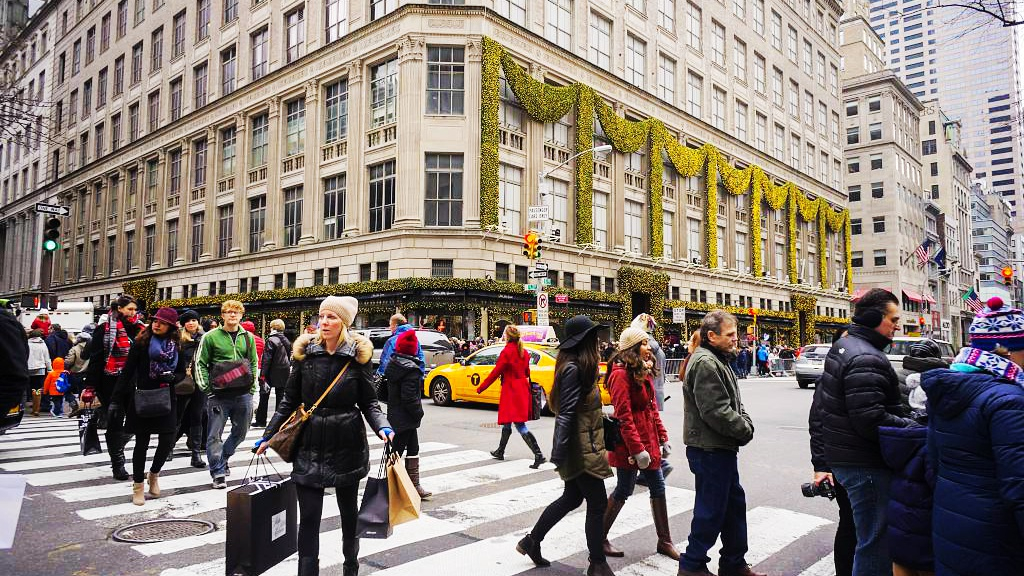 The China-US trade war was "dumb" to begin with. Now it is "getting dumber." As if the trade war which has cost the US economy tens of billions of dollars already was not bad enough, the US president went on to increase tariffs from 10 percent to 15 percent on 200 billion US dollars of Chinese goods and threatened to impose duties on all Chinese "imports."

Impact of the trade war on the US economy

The impact of increasing tariffs from 10 percent to 25 percent on 200 billion US dollars of Chinese goods would cost the US economy 0.37 percent of its values over three years, eliminate 934,700 jobs and reduce family income by 767 US dollars each year, according to Trade Partnership Worldwide (TPW), a US consultancy.

Should Trump follow through with his threats of imposing 25 percent tariff on all Chinese imports, the damages to the economy would be enormous, potentially shaving off over 1.01 percent off US GDP, wiping out about 2.1 million jobs and costing each family of four almost 2,300 US dollars each year, according to TPW.

In a country with a rising impoverished population, slowing economic growth, etc., the trade war is the last thing America needs.

It could indeed be argued that making the products in China (and elsewhere) should enhance and sustain US economic growth because lower Chinese production costs stabilized inflation, kept interest rates low and increased real consumer income in the US. These factors should have created a favorable economic climate to attract new investment and increase consumption.

To that end, Trump's trade war is "dumb and dumber" because it unnecessarily raised US production costs and consumer prices, and prolonging its economic woes for no reason other than to keep China "in its place."

Global impact of the trade war

The China-US trade war has not only harmed the two antagonists' economies but also adversely affected those of the nations involved in the supply chain which US multinationals set up to take advantage of the relative superior efficiency that each country can offer.

For example, the US is relatively superior to China in technology and design, whereas China has a comparative advantage in manufacturing. Countries between Japan, South Korea, etc. have their own specializations. Working together has increased the economic well-being of all nations because each was getting a "piece of the pie." Shattering the supply chain is like throwing the "pie" away or money going down the drain.

It is, therefore, no surprise that the trade war has sent shockwaves to the economies that are involved in the supply chain, explaining why many American companies are demanding Trump to end his "dumb" and devastating trade war.

Being the world's two largest economies, trading nations, and resource buyers, the trade war will also impact nations beyond those directly participating in the supply chain of producing a specific product such as Apple's iPhone, particularly those depending on the Chinese market such as Australia, Canada and Brazil.

Being the biggest or second largest buyer of natural resources, an Chinese economic slowdown induced by the trade war would adversely affect these countries' exports and by extension their economic well-being.

Trump's signing an executive order to ban all foreign telecom equipment from the US market has escalated the trade war further because that distorts the global telecommunication ecosystem, hurting American, Asian and European tech firms in terms of innovation as well as financial viability. What's more, China produces parts for other telecommunications firms around the world, Apple, Nokia, Samsung, just to mention a few.

Decoupling from China's technology firms would, therefore, amount to shutting down the Asian, American and European firms, at least in the short run.

Further, US technology firms could lose the China market, their biggest customer, from which Qualcomm gets 65 percent of its revenue. According to a report of Information Technology and Innovation Foundation published on May 20, US firms could lose 14.1 billion to 56.3 billion US dollars in export sales over five years as the US export controls are getting restrictive.

Apple is already feeling the "pain," having its China market share fell from over 10.2 percent in last year's first quarter year ago to 7.4 percent in that of 2019, according to the US online portal macrumors.com April 30 report.

The "pain" inflicted by the trade war does not stop here because Trump's erratic policies could "scare" foreign countries or enterprises from doing business with those of the United States, uncertain of whether they will be next on the "hit list."

For example, it was Japanese firms in the 1980s; now it is those of China that are at the receiving end of hostile US trade policies. It could be India in the future, who knows. In the long-run, US credibility and trustworthiness would be at risk if they are not already.

More unnecessary trade frictions specifically targeting China might be on the way because of the looming presidential election. Trump is already talking about imposing tariffs on countries deemed to have "undervalued currency." Though he did not specifically mention China, the target country is clear.

What's more, the people who put Trump in the White House are pushing the president to "spare no efforts" in "killing" China's technology and development architecture. His former chief strategist, Steve Bannon stated in a recent South China Morning Post report that killing Huawei is 10 times more important than having a trade agreement.

China can expect more "dumb" US trade and other policies against it. In doing so, the US economy ironically could dive deeper, possibly into a recession because postures without credible reasons are doomed to fail.

The US public should learn from the Vietnam War and other fiascos and demand Trump and the China hawks in Congress to stop fighting "wars" for no reason other to keep "America No. 1."

Mounting a trade war and escalating it to stifle China's economic, technological and military rise not only defies economic logic but the United States, in fact, has "shot itself in the foot."