OPINIONS Trump's trade war is ushering in the 'Pegasus' era!

Trump's trade war is ushering in the 'Pegasus' era! 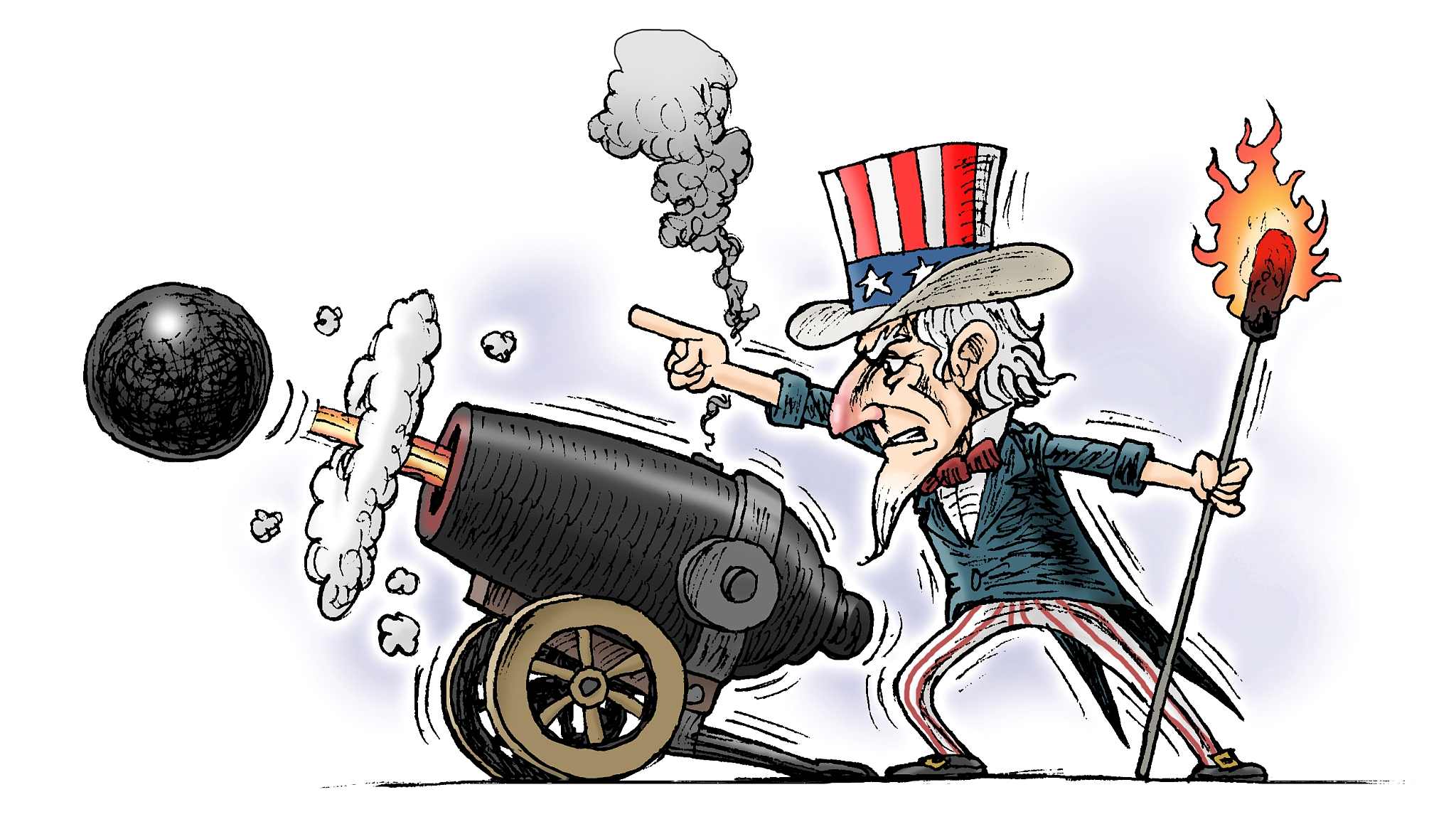 As Thomas Paine once said, “These are the times that try men’s souls!” US President Donald Trump is waging an all-out trade war against the entire world, America's allies included, under what he calls the “America First” cause.

In essence, his assault is on global economy. Economic growth will be reduced. Investor confidence will be hammered. Financial markets are tanking. From now on, we are entering a dark age of the 21st century.

July 6, the day when the American tariffs on 34 billion US dollars' worth of Chinese exports went into effect, will go down in history as the darkest moment in the history of free trade.

Quite likely, the beginning of a new Smoot-Hawley era will make America's stature in the world go downhill from now on. I will give it another name other than using Smoot-Hawley. I would suggest using the “Pegasus era” instead. Why?

This is because as the clock was ticking towards 12 p.m. (Beijing time) on July 6, a freight vessel, called Peak Pegasus, loaded with US soybeans, was racing to the port of Dalian, trying to beat the deadline when China’s retaliatory tariffs would kick in.

In Greek mythology, Pegasus is a horse with wings.

Alas! No matter how fast this horse can run, or how high it can fly, in the end, the Pegasus missed it by a few hours. Nevertheless, the vessel’s heroic effort is worth recognition.

It was a sad but memorable moment when Peak Pegasus docked at its port in Dalian. This moment would forever hold a place in world history, to symbolize what Trump’s shameless tariff decisions have done. Therefore: We are entering the Pegasus era!

Yet, we should not lament too much the end of a gilded age. History tends to repeat itself, and we have got to understand the history of the party we are dealing with.

Beneath all the past beautiful trade rhetoric emanating from Washington, the fact of the matter is that for the most part of the US history, free trade, like free love, was a shady and subversive idea.

The iconic political figures in America, including George Washington, Alexander Hamilton, Abraham Lincoln, Theodore Roosevelt and, to a lesser extent, Thomas Jefferson, were all protectionists to the bone. They all believed that high tariffs would protect and strengthen American industry.

After gaining independence, their founding fathers wasted no time to pass the Tariff Act of 1789, which is probably the world’s earliest tariff legislation.

Tariffs targeting a particular country, which we call unilateralism today, is also squarely an American invention.

James Madison, during the legislation process of the Tariff Act of 1789, attempted to introduce discriminatory provisions that would penalize the UK over France.

He called for a fee of 60 cents per tonne of cargo upon foreign carriers without a commercial agreement with the US, while France, which possessed a treaty, would be charged 30 cents.

The House did indeed pass Madison’s discriminatory provision but it failed in the Senate. Probably this is the world’s first unilateralism attempt in trade.

The significance of this trade war will not be felt immediately. But its long-term adverse impact on the world is destined to be inevitable.

But China will still move on, maybe to see this tariff cutting into our GDP growth rate by a point or two. The reduced trade will drive corporate China to focus more on the domestic market and other parts of the world.

In exchange for the lost market in the US, corporate America and those innocent farmers will have to pay a price by losing out in a much bigger market in China.

Phrased in a historical context, in the end, the relative economic positioning of China vis-à-vis the US will follow the footsteps of America’s past positioning vis-à-vis England.

Let me conclude by consoling our readers with something again quoting Paine – with a slight twist: Protectionism, like hell, is not easily conquered; yet we have this consolation with us, that the harder the conflict, the more glorious the triumph.

What we obtain too cheap, we esteem too lightly: it is dearness only that gives everything its value. Heaven knows how to put a proper price upon its goods – which may well include tariffs in an increasingly globalized economy!