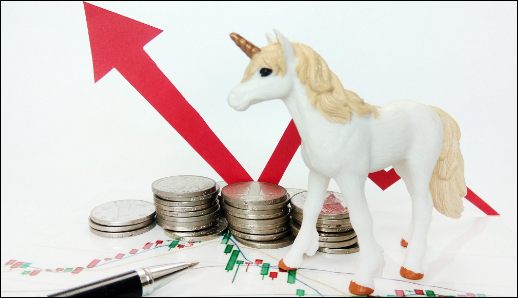 When President Trump declared a trade war, he relied on Section 301 of the Trade Act of 1974 for doing so, stating that the tariffs were "a response to the unfair trade practices of China over the years, including theft of 'US intellectual property.'" He often says, "Tariffs are the greatest!"

When Donald Trump fired shots all over the place, the US Trade Representative (USTR) knew that a trade imbalance was not the reason behind this war. The USTR is primarily focused on China’s innovation policy.

A number of US experts have focused on China's alleged theft of intellectual property, complaining that China forced US firms to transfer confidential technology and trade secrets before getting access to the Chinese market.

Some businesses have focused on China’s modern state-directed economy, pushing the US government to consider mandatory screening for an acquisition of any US technology company by a Chinese state-owned company.

Information Technology and Innovation Foundation (ITIF) issued its policy agenda “Stopping China’s Mercantilism: A Doctrine of Constructive, Alliance-Backed Confrontation” last year. The report recommended that USTR use the results of its Section 301 investigation to lay out the vast extent of Chinese innovation-mercantilist policies in detail.

In a previous discussion, I have talked about industrial policy and its tools, namely policies that may affect innovation can be found in different domains (fiscal policies, investment policies, trade policies, intellectual property protection, standards, government procurement, training, and research and development programs).

Each policy has both positive and negative functions. For example, the legislation on investment is potentially a very powerful instrument for impacting innovation. It would offer incentives to the investor, while building a barrier.

Nowadays, China operates in a global policy environment. China has been a member of WTO for 17 years, and there has been a tendency to discipline China’s trade and economic policies through multilateral, regional, or bilateral agreements.

These agreements impose restrictions on the ability of China to conduct certain types of industrial policies. Moreover, these agreements give room for China to build its domestic industry.

There are some restrictions related to industrial policies within the WTO framework. For example, export subsidies are illegal, domestic content requirements and other performance requirements for enterprises that are linked to trade may be illegal.

If the USTR wants to challenge China’s industrial policy in this regard, please go to the WTO dispute settlement body, which is the legal place to address such issues.

Stopping China’s innovation has become the new consensus in Washington, as intellectual property takes center stage in the trade war. David Goldman, a columnist for Asia Times, believes China is a threat in this area, saying:

Chinese culture is much more conformist than ours. And on average, Chinese are less likely than Americans to be innovators. But there are 1.38 billion Chinese, and their research and development (R&D) spending is quickly catching up with ours. They produced four times as many science, technology, engineering, and mathematics (STEM) bachelor’s degrees and twice as many STEM PhDs as the United States did. Granted, some of them are of low quality—but many are excellent.

From his argument, we can see that Goldman is concerned about innovation coming from China’s massive population.

Richard Nelson stated that the ability to copy technologies developed in advanced countries has historically been one of the most important indicators in determining the ability of lagging nations to catch up. The WTO’s intellectual property agreement now makes it virtually impossible to employ a strategy of reverse engineering and copying.

From China’s point of view, it is necessary to have a catch-up strategy, and China should implement the strategy in compliance with international law. If the US think the Chinese are playing dirty, please go through the WTO legal process in a rational manner.

There have been arguments raised against industrial policies. Those arguments contend that there is barely any evidence that such a policy works, that government intervention is bad, the state-owned sector should be watched, and, in any case, international rules should no longer allow for industrial policies.

The answer to these aforementioned concerns is there is plenty of scope for industrial policies in the present international law. If current laws do not cover all of the issues, let us sit down to negotiate a deal, or even to make a new law.

The dynamics of industrialization rest upon major structural transformations, which entail a changing importance of different branches of economic activity and also require a new policy agenda.