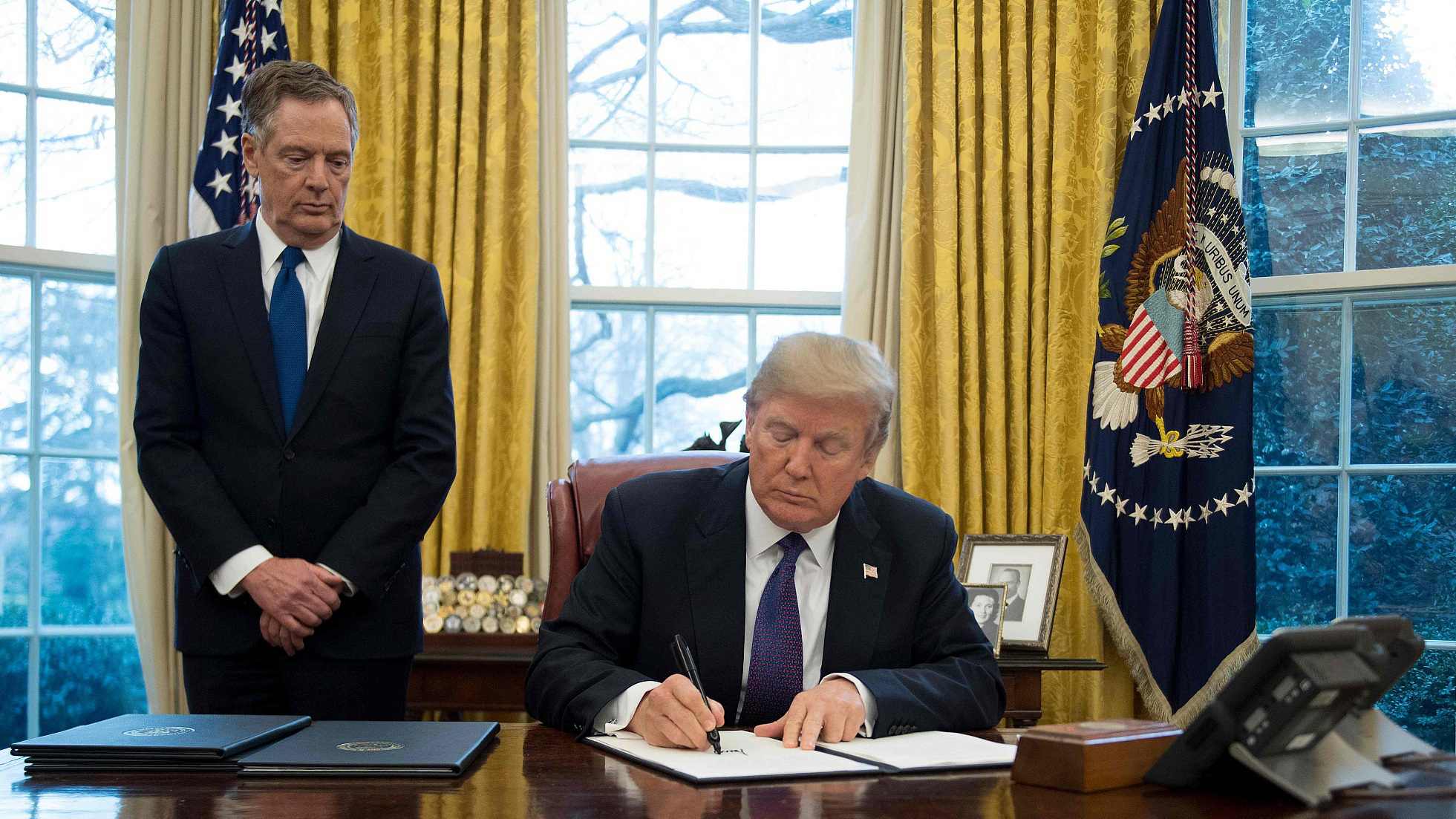 As July 6, the day the US and China impose tariffs on each other's imports, is approaching, the US Chamber of Commerce issued an assessment report, saying that Trump's policy of imposing tariff on the products imported from China and other major trade partners will increase the burden on US' consumers and businesses.

Although the so-called investigation initiated by the United States Trade Representative (USTR) under Section 301 of the Trade Act of 1974 has violated the rules of the World Trade Organization (WTO), Trump's administration still ignores the negative impacts that a trade war, between the two economic powers, would bring.

Analysis from The Economic Daily says that Trump’s tariffs policy and concerns about the bilateral trade deficit echoes similar policies, against Japan, that were adopted in the 1980s. It seems the incumbent US President has not learned the relevant experience as American consumers were the main victims of the 1980s' trade war.

It is interesting to note that, in many ways, the current situation of Sino-US trade is similar to that of the Japanese-American trade more than 30 years ago.

China is now the second largest economy in the world, the same as Japan was in 1980. Both countries' economies are export-oriented, and the commodities being exported are in advantageous positions because of their good quality and low price.

Not only do present China and 1980s' Japan both have obvious dependence on the US market, but the huge trade surpluses with the US account for more than one-third of the US trade deficit.

Starting a trade war, however, provides no advantage, as imposing trade barriers does not necessarily reduce trade deficits.

Besides, American consumers will have to pay for the trade policy because the rise in commodity costs brought about by tariffs and trade barriers has taken up a large portion of the average American income.

In addition, the fact is that the industry that should have been most protected has received little help. Restrictions on imported cars have indeed shrunk the market share of Japanese cars in the United States, but only by less than three percent. At the same time, the total dollar value of the imported Japanese automobiles entering the US has also increased due to the sharp increase in prices.I

In terms of automobiles, European auto producers are very concerned as "global automakers whose future is ever-more dependent on China’s burgeoning market, any gains from lower import tariffs this week will likely be short-lived -- thanks to President Donald Trump’s trade war," according to a report from Bloomberg.

In view of Trump has triggered a worldwide trade war, mainly against China, Europe, Mexico and Canada, an unprecedented anti-trade war coalition should be formed to resist American tariffs.

As Bullpiano, a Wechat account, analyses, the reasons the US gives are excuses. In the case of the auto industry, Trump claims that America has been bullied, but the truth is that European automakers have created as many as 120,000 jobs for the United States, but the President seems still unsatisfied.

In fact, an increasing number of countries have launched countermeasures against the US sanctions. On Trump's threat over car tariffs, the EU also made it clear that US exports of up to 294 billion US dollars, equivalent to 19 percent of total US exports in 2017, will be countered. China, Canada and other countries are also fighting back.

Trump’s ruthlessness has also caused widespread doubts in his country. The Trump-style practices caused by the prevalence of populism are popular, but they have also lead to a severe social divergence in America. As an example, Harley-Davidson Motor Company, who was a supporter of Trump, has been forced to expand its production lines outside the US under pressure from the EU.

Therefore, in the long run, the US will not benefit from the trade war, but make its businesses and consumers into victims, just like during the US-Japanese trade war of 30 years ago.