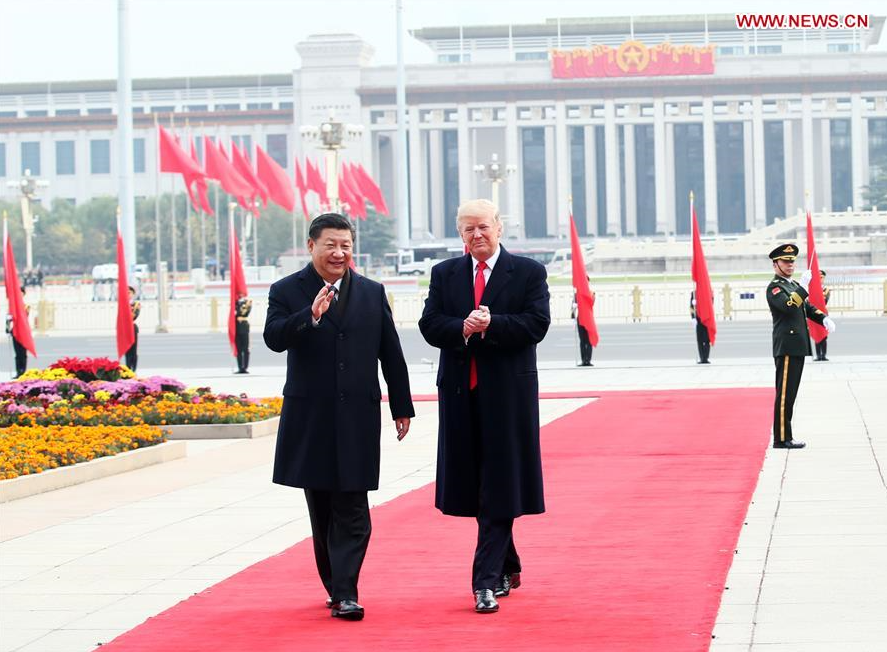 Trade agreements exceeding $250 billion (USD) were signed between China and US companies during President Trump's two-day visit in Beijing. The deals represent a follow-through on promises made regarding the development Sino-US cooperation.

One agreement will see a $12 billion (USD) chip-procurement bill of Xiaomi and Oppo from Qualcomm. And in another deal valued at $37 billion (USD), Boeing will provide 300 aircraft to China Aviation Supplies Holding Company.

Analysts have predicted Sino-US trade could double in a decade.

China Energy Investment Corp signed a memorandum of understanding (MOU) to invest $83.7 billion (USD) in shale gas and chemical projects in West Virginia. The deal is expected to generate job opportunities in a state with one of the nation’s lowest annual household incomes.

Delfin Midstream made a preliminary 15-year sales deal that would provide three million tons of liquefied natural gas to China, meeting China’s clean energy demands while establishing the US as a reliable supplier.

The executive director of the Michigan-China Innovation Center, explained to People’s Daily how Sino-US economic ties are welcomed at local and state levels.

“Michigan exports to China and direct investment into Michigan by Chinese companies both result in jobs in Michigan. For exports, China is the 3rd largest destination for Michigan exports, behind Canada and Mexico. In terms of foreign direct investment, Chinese FDI is a small, but a quickly-growing segment of FDI into Michigan. Chinese companies have, through both acquisitions and greenfield investments, invested more than $4 billion (USD) and created or sustained more than 10,000 jobs in Michigan since 2010,” said the executive director.

New business deals worth $250 billion (USD) is hardly enough to satisfy consumers and investors on both sides. There are still tremendous strides to made by both parties. Greater pursuit is needed to accomplish mutually favorable agreements on open trade and market entry.