Trump won't withdraw US from Asia-Pacific 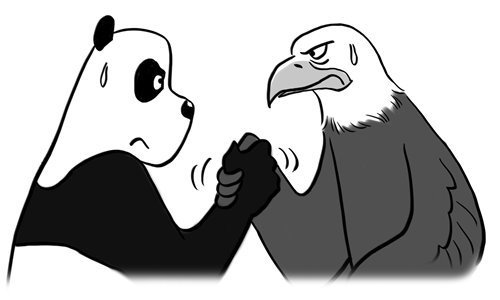 US Secretary of Defense James Mattis is paying an eight-day visit to Asia in a bid to "reaffirm the enduring US commitment to the Asia-Pacific region." It's seen as preparation for US President Donald Trump's upcoming trip to Asia in November.Before the visit, Mattis said, "ASEAN provides an international venue, giving voice to those who want relations between states to be based on respect, not on predatory economics or on the size of militaries," in an apparent reference to China. Since ex-president Barack Obama's rebalance to the Asia-Pacific, the US has emphasized its presence in the region and its intention to bond with ASEAN. As a result, divides have arisen within ASEAN among members who rely on China economically and vie for US defense support.Washington adjusted its Asia-Pacific strategy and withdrew from the Trans-Pacific Partnership (TPP) after Trump took office. But four ASEAN countries joined the TPP. It is generally considered the withdrawal weakens US leadership in this region and makes it easier for China to expand its influences.Such a view makes some believe that once China increases its investment in the region, especially in infrastructure, it could offset the US strategy that intends to balance against China.Although Trump decided to quit the TPP, he has not changed the US policy in the Asia-Pacific or on ASEAN. Nor will he easily change it. No American leader will turn a blind eye to the importance the region plays for bolstering the US.The US did not help the region build roads, bridges or high-speed railways like China, but that does not mean the US is investing any less. According to the ASEAN Business Outlook Survey 2017 released by ASEAN in March, from 2004 to 2015, the bloc's annual investment in the US increased from $2.3 billion to $26 billion. During the same period, US investment in ASEAN amounted to $274 billion, exceeding the country's combined investments in China, India, Japan and South Korea.There are more than 3,000 US companies operating in Southeast Asia, with many having set up production bases to export goods to ASEAN countries and beyond. Surveys show that 87 percent of these US companies will increase their trade and investment in the next five years.Most are US manufacturing companies. The US mainly imports electronic and clothing products from the region. Thus trade relations between the US and ASEAN relate to employment, which matters to a government's popularity and social stability.As the trade and investment here is a crucial part of US interests, Washington will enhance its ASEAN policy to serve the interests of US corporations rather than letting other countries share the cake.Susan A. Thornton, acting assistant secretary for East Asian and Pacific affairs, said the region has always been important to the US and "the engagement is not a question."Discussions about whether the US will withdraw from the region or whether it will hand over US leadership to other countries miss the true intentions behind the US presence in the region: to secure US interests.For a long time into the future, the US will not weaken its political, economic and military presence in the region. China's development in the region will continue to be challenged by that US presence. Their competition will still be on economics as the US employs more political and military means to ensure its economic competitiveness.The author is a senior editor at the People's Daily and a senior fellow at the Chongyang Institute for Financial Studies at Renmin University of China.