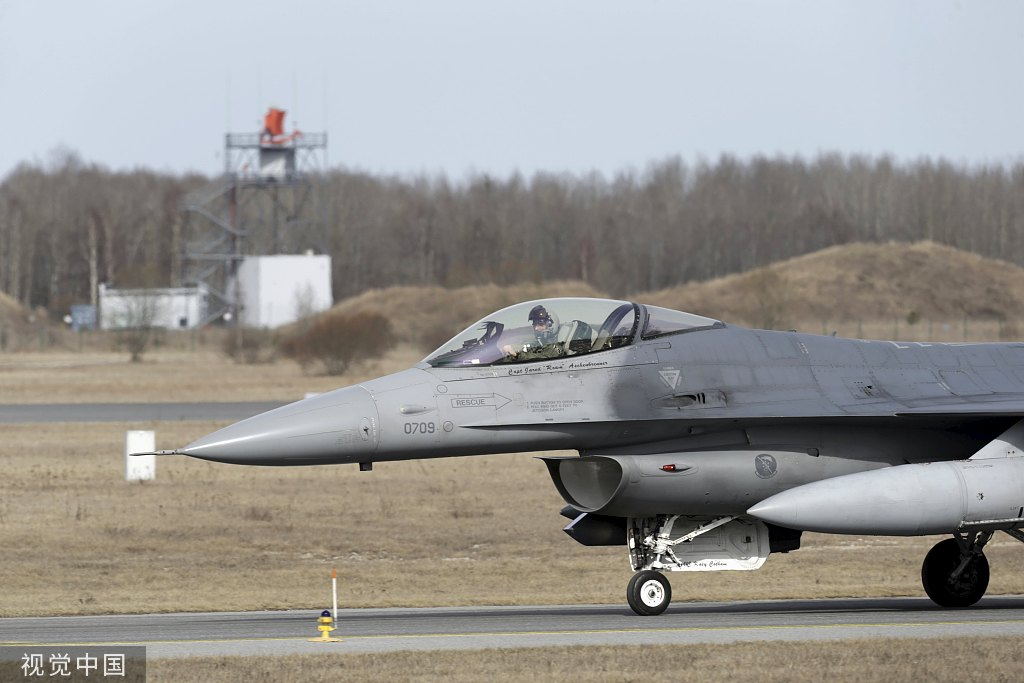 Of all the issues that threaten to derail the relationship between China and the United States, the US arms sales to Taiwan have stood out as being the most contentious. That explains why the Taiwan Affairs Office of the State Council on Thursday expressed strong opposition, a second time within the week, to the US' planned $8 billion sale of F-16V fighter jets to Taiwan.

The multibillion-dollar sale would include 66 aircraft, 75 General Electric engines, as well as other systems, according to an official notification delivered to the US Congress on Tuesday, the US Defense Security Cooperation Agency said.

Washington alleges that the sale, like previous ones to the island, serves US national, economic and security interests and will help Taiwan maintain a credible deterrence.

Over the years, the US has ignored the vows it has made in bilateral agreements on scaling down and phasing out its arms sales to Taiwan. By selling arms to the island, it has repeatedly broken the commitment it made to put an end to them, breached its one-China policy and interfered in China's internal affairs. Selling arms to Taiwan may bring in some money, but it also emboldens the island's separatists.

The island's leader Tsai Ing-wen and her secessionist-minded government would do well to accept the fact that their attempts to court US support to push their independence agenda will be to no avail. Neither Washington nor Taiwan should underestimate the Chinese mainland's determination to safeguard its territorial integrity and sovereignty.

Yet begging for US arms sales is not the only sin of Tsai and her government. This week Taiwan also drew much ire from the mainland over its offer of political asylum to participants in Hong Kong's "pro-democracy" protest movement.

Tsai's administration obviously wants to encourage the criminal acts of Hong Kong radicals. With the Western media politicizing the demonstrations by terming them anti-government protests and putting their focus on a vocal few calling for Hong Kong's independence, she is keen to align the island with their demands.

However, with the demonstrators in Hong Kong realizing that they are being led astray and have gone too far, the sensationalism that brought the media circus to the special administrative region will likely end. Without the oxygen of publicity, Tsai will have to swallow the bitter fruit that she has further damaged the island's relations with Beijing and should be held accountable for consequences.