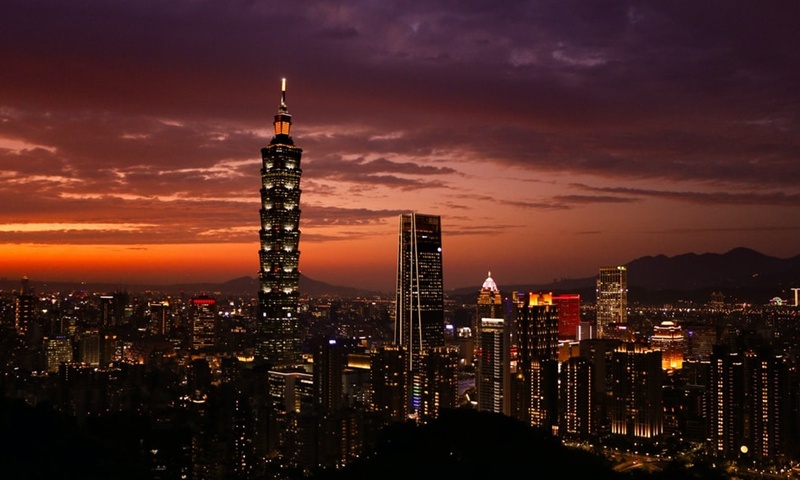 Relations between the US and the island of Taiwan have substantively accelerated during this US presidential election cycle. US Under Secretary of State Keith Krach will reportedly visit the island from Thursday to Saturday and participate in economic dialogues. He will be the highest-level incumbent US Department of State official to visit Taiwan since 1979 if his trip will be paid as reported. However, even so, Krach's probable visit will be more of a political show.

There are several background issues.

Firstly, the visit was announced by Tsai Ing-wen authorities after lifting limits on imports of US pork, which contains ractopamine, starting from January 1, 2021. The visit will unsurprisingly be heated up as a so-called breakthrough in the island's relations with Washington.

Secondly, the Trump administration has significantly elevated the strategic status of Taiwan by gradually implementing the 2018 Taiwan Travel Act. Shortly after cabinet-level official Secretary of Health and Human Services Alex Azar's trip to the island, the visit of Krach further demonstrates that the US and the island are trying to sound out the bottom line of the Chinese mainland.

Thirdly, the US is at a critical stage in the presidential election. Both the Democratic and Republican parties support strengthening substantive ties with Taiwan. And the Trump administration prefers to play the "Taiwan card" and put high-level interactions with the island on the table as an election ploy.

Apart from the blind exultation of some secessionist groups, Taiwan people are more concerned about what practical benefits they might get from the US. Taiwan society once hoped to see Azar's commitment to providing COVID-19 vaccines to Taiwan. However, it turned out that Washington wanted to have the island act as a supply chain partner for US healthcare, using it to serve US interests in the first place.

Some Taiwan business people believe that the higher-level US officials pay visit to the island, the more Washington will demand from the island. The invitation of Tsai authorities for Krach was a move that sought to get the US to the bargaining table of a so-called free trade agreement. But Taiwan people are questioning whether pork imports can actually be leveraged in exchange for the deal.

Taiwan has never managed to hold an equal position in trade talks with the US, but has been commanded by Washington to open its market wider. Ractopamine-enhanced pork will highly endanger Taiwan people's health, but this is not of concern of the US. The "America First" principle espoused by Trump, which aims at protecting US economic and trade interests, will not change due to Tsai authorities' role as a pawn in the China-US strategic game.

The Trump administration's suspension of talks with Taiwan on the Trade and Investment Framework Agreement for three years has been a strong illustration of US' tough stance. Therefore, Taiwan people worry that the Trump administration's bullying will force the island to open more markets once trade talks restart. This then will probably require Taiwan to increase its agricultural import quotas and expand the opening of its food and financial markets.

Krach's visit to Taiwan will send a political signal to the island. David Stilwell, US Assistant Secretary of State for East Asian and Pacific Affairs, said at an event on August 31 that the Six Assurances provided by President Ronald Reagan to the island of Taiwan in 1982 were still valid today. He said, "The US has long had a one-China policy. This is distinct from Beijing's 'One China Principle.'" From such remarks, we can see the Trump administration's efforts to undermine the "one-China" policy will not change. With US' support, Tsai authorities will continue to send "ministerial" officials to the US for political activities, and also seek higher "political treatment" for Tsai's stopover in to the US.

The Chinese mainland firmly opposes provocations against the one-China principle. It will continue to urge the US to appropriately handle the Taiwan question, setting redlines to sternly curb secessionist moves.

The Chinese mainland has an adequate "toolbox" to stabilize the cross-Straits situation and resist outside interference. It has every legitimate reason to restrict the entry of US politicians who collude with Taiwan secessionist forces to infringe upon the one-China principle. The mainland is totally legitimate to crack down on the secessionist organizations and individuals on the island. Any risky secessionist act by Tsai authorities in collusion with the US will bear corresponding consequences. This may even bring trouble to the whole of Taiwan society.

The author is associate research fellow at the Institute of Taiwan Studies, Chinese Academy of Social Sciences.