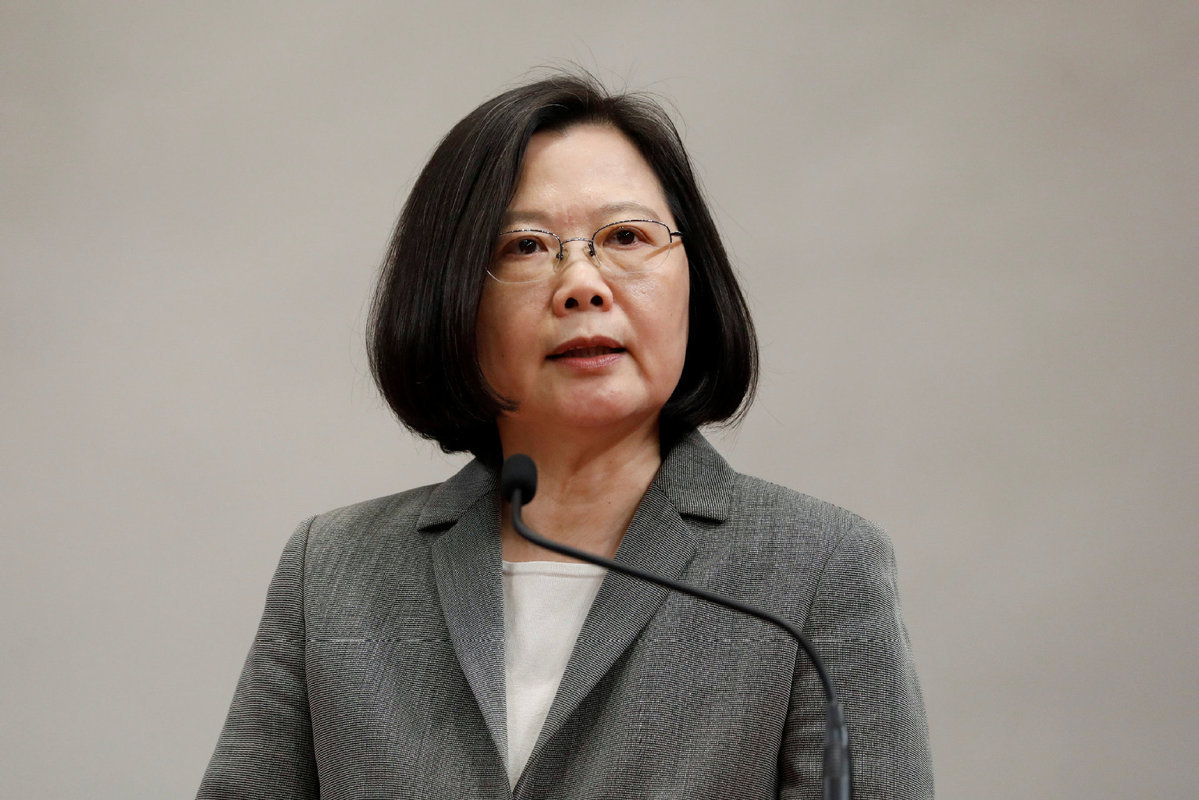 Taiwan leader Tsai Ing-wen and her Democratic Progressive Party may feel encouraged by the United States' attempts to further poison cross-Straits relations, because the US' tricks serve their pro-independence agenda, but they should never forget that Washington is using the island as a pawn in its geopolitical games with the Chinese mainland.

Tsai may consider US Health and Human Services Secretary Alex Azar's visit to Taiwan on Sunday, the highest-level visit by a US official since Beijing and Washington established diplomatic relations in 1979, despite the mainland's strong opposition, as a big boost to her secessionist agenda.

And the news of the US mulling over the proposal to sell four spy drones to the island may add more color to her daydream of turning the island into an "independent state".

But she and her ruling DPP should, once and for all, put into their heads that no matter what the US has done or will do, Taiwan will remain a part of China.

Of course, Azar's "special" visit is designed to stir up trouble across the Straits so is the news of the possible sale of military equipment to the island. But it would be naive of the Tsai administration to interpret these moves as Washington's support for "Taiwan independence".

Has Washington upped the ante against Beijing because the novel coronavirus pandemic is still raging in the US, and the White House is at its wits' end? Is it because the US administration's failure to contain the virus has led to the worst economic recession since the Great Depression and raised unemployment to record high? Is it because there are no signs of when pandemic-induced devastation will come to an end?

Has the presidential election, scheduled for November, anything to do with Washington's moves? Or, is the US administration playing the Taiwan card to divert the American public's attention from the domestic chaos?

Despite its holier-than-thou attitude, which has become more of a farce of late, Washington would be foolish to believe that it can succeed in its cross-Straits games. The grandstand play by the leader of the Grand Old Party to change Sino-US relations notwithstanding, the fact that there is only one China, and Taiwan is an inseparable part of China cannot be changed. Neither will China compromise on its national sovereignty and territorial integrity.

The game Washington is playing only betrays its disdain for bilateral and multilateral rules including the Sino-US consensus on one-China policy. And as for Tsai and her DPP, they are walking, blindly, into a trap — laid with care by the US — from which they cannot disentangle themselves.