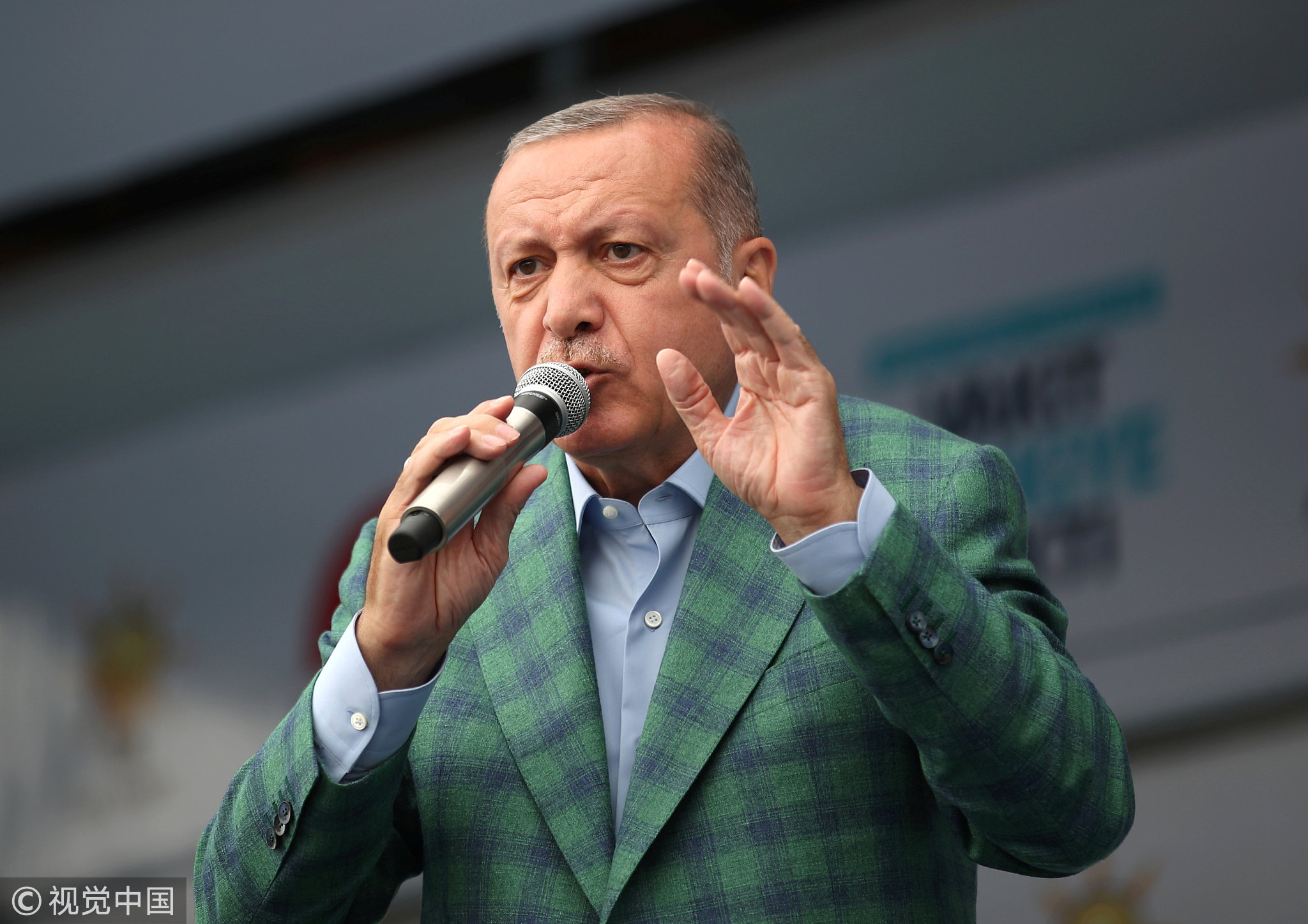 After months of preparation and speeches, the first round of the Turkish presidential election will finally be carried out on June 24.

It seems that the result of who will be the victor in the election remains unclear. Hasan Abdullah, a senior political analyst on Turkish and regional affairs at Izmir, Turkey, said any presidential candidate who intends to win the election shall secure more than 50 percent of the vote.

But the truth is that even the present Turkish President Erdogan who enjoys the most support has only about 47 percent according to the most recent poll.

It is fair to say that Erdogan has paved the way for his possible first consecutive term as he has decided to reschedule the time for the election 17 months in advance.

Analysts say that the major factor for the President to announce the early election was the increase in his country's economic risks. Failure to stop the risks in time may lead to a major crisis.

The early election and the completion of the transition from the parliamentary system to the presidential system will help promote reforms and prevent economic risks from spreading to the social level.

Making the election earlier is an ideal method to weaken the force of opposed parties. The longer the election time, the more time for the opposition to be well-prepared and the greater the possibility of establishing a political alliance.

Therefore, for the Justice and Development Party ruled by Erdogan, early elections can make full use of the current nationalist sentiment and the public’s will, under the circumstances of unclear economic development prospects, to constitute balances between the opposition parties.

However, Muharrem İnce who is about 10 percent behind Erdogan has shown a provocative attitude toward the President by raising the challenge for a TV debate, when İnce made his speech at the capital city Ankara.

In addition, Erdogan is now facing more problems. Another three main parties, which have now become a coalition against the President's Justice and Development Party, are known as Republican People's Party (CHP), Good Party (IYI) and Felicity Party (SP).

The three parties are united on some common points and interests. "Number one is their opposition to Erdogan. Second is that they are opposed to the presidential system, and this is what brings them together. But when it comes to policy making, once they are in the parliament together, this is likely to pose challenges to all of them in the alliance", said Hasan Abdullah.