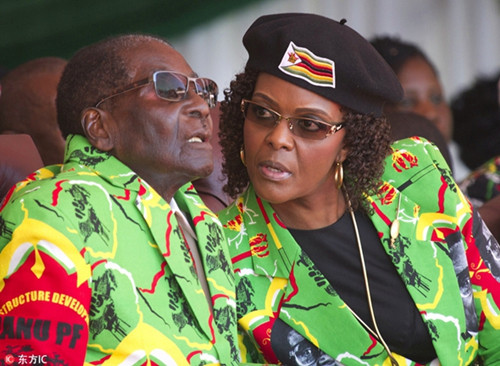 Explosions were reportedly heard on Wednesday in Harare, capital of Zimbabwe, with soldiers blocking main roads in the city and taking over the headquarters of the state broadcaster. Amid the escalating political turmoil, the US and British embassies in Zimbabwe have issued safety warnings, citing the uncertain military situation.As the largest trading partner of Zimbabwe and its largest foreign investor, China will inevitably see its interests affected by the chaos. According to the Xinhua News Agency, the Zimbabwe Investment Authority approved $929 million in foreign direct investment in 2015, with more than half of that from China. But even before this turmoil, Chinese investment was facing risks in Zimbabwe, given the country's economic woes and the collapse of its financial system. Zimbabwe is not the only African country with high risks of political and economic instability. Many of China's investments in Africa face similar risks, but the country has still invested considerably in recent years in the continent. Chinese investment in Africa has exceeded $100 billion, with more than 3,100 Chinese companies either operating or having invested in the region, according to another Xinhua report in September 2016A risk warning mechanism is needed for China's investment in Africa. Since late last year, China's central government has tightened review procedures for overseas investment. What has happened in Zimbabwe shows that such scrutiny is absolutely necessary.With Chinese companies investing considerably in African countries, economic crises, regime changes and social turbulence in the region can put their interests at risk. Since most of these companies are State-owned ones that invest overseas by using convenient domestic financing arrangements, there may be financial repercussions if there are no controls on high-risk investments. Companies must establish a risk warning system, assessing African countries' risks in accordance with their governance levels, making investment plans based on risk levels and mitigating investment risks accordingly.