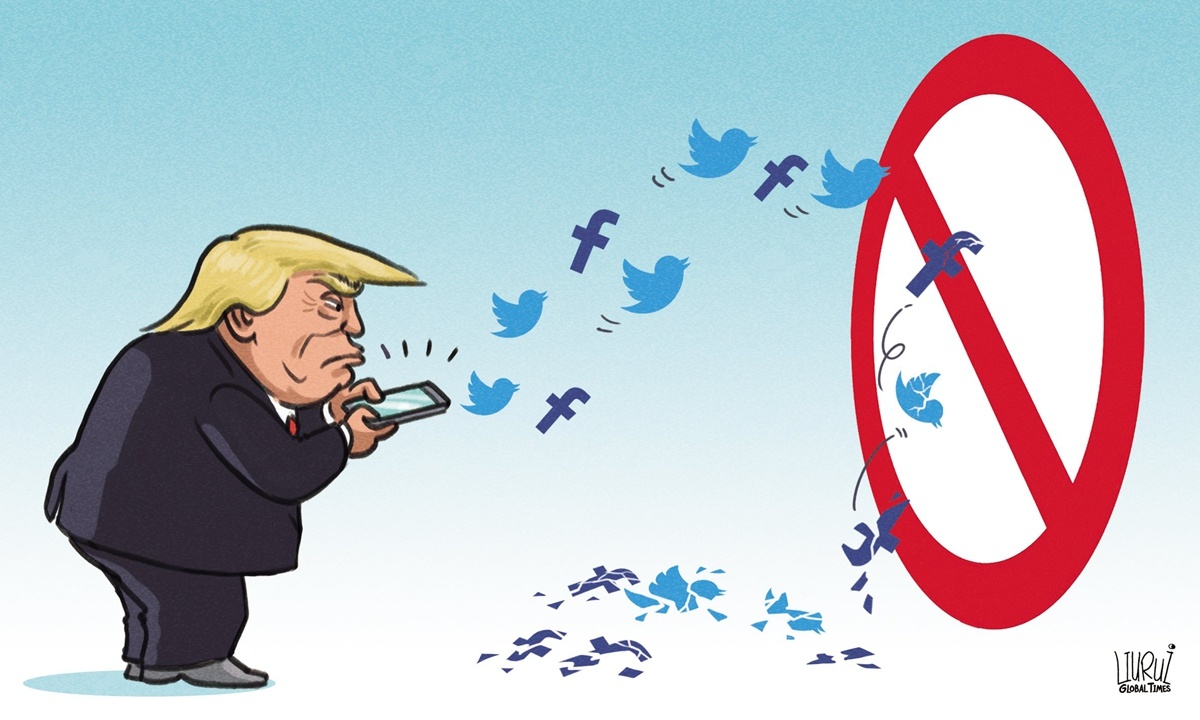 Twitter announced Friday that it had permanently suspended US President Donald Trump's personal account. This news triggered diverse reactions in the US. When I saw the news this morning, the first thing that came to mind was - without Trump, this platform will lose much its amusement. Next I thought the banning of the US president's social media account for "risks of further incitement of violence" shows that freedom of speech does indeed have boundaries in every society, and humans are not capable of regulating freedom of speech in its full sense. This is a pity, but it's also a reality.

Some people may believe Twitter's decision to suspend the account of the US president is a sign of democracy. This is a kind of stubborn logic. I believe it is more accurate to say that the split-up and struggles of the US society has knocked the country out of order. The US president and the opposition party are not what they used to be. The political struggle should not have been performed in this manner. It is not what was expected when the US founding fathers created the separation of powers. The US president should not behave "madly." The current US political ecology should not drive a president "crazy." I therefore conclude that it is the degeneration of US political system that has resulted in these problems.