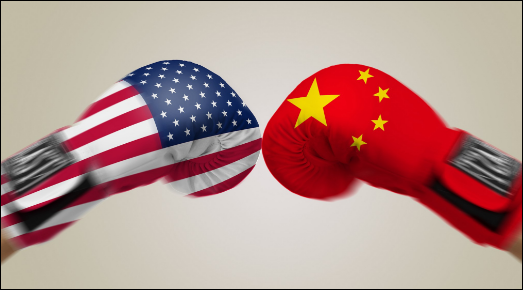 On August 16, US President Donald Trump's top economic adviser Larry Kudlow stated that the trade dispute between the US and China has caused a serious economic recession in China. During a Cabinet meeting, he said that China’s economy “looks terrible” due to the trade dispute with the US.

His opinion, however, isn’t in accordance with facts. China will not be strangled by US trade bullying and will solve the issue through solidarity and trade diversion; China has many tools to counter US sanctions.

Prolonging the crisis is putting pressure on all US domestic sectors, forcing the US to pursue a policy of continuous and rapid pressure on China with the goal of getting big concessions. This may reflect positively for some politicians during the upcoming US elections; however, Trump's calculations do not consider the strength of China's economy. China is the stronger party, not America.

Trump said his move would make America a “much stronger, much richer nation,” but in fact, the result will be the reverse. The American citizens will surely pay the price.

Meanwhile, China imports many agricultural products from the US. When China stops importing these crops, US farmers will not find an alternative market, meaning lost profits and jobs. However, China can replace US goods with those from other countries without destabilizing Chinese markets.

China has successfully made deals with other countries in the past and may pursue more deals to open new markets for Chinese goods in an effort to alleviate the effect of US tariffs on the growth of the Chinese economy.

First, China should pursue other markets, such as Russia, Europe, the Middle East and Africa, in order to create more opportunities and more potential deals.

Second, China should increase local spending, which is necessary to absorb stockpiled goods and maintain a positive production rate to ensure stability in the job market.

In some cases, factories affected by the tariffs will require support in terms of electricity and water prices.

The value of Sino-Africa trade can increase rapidly by expanding the use of national currencies. Investment in Africa can also boost demand and break China's dependence on the US market.

Finally, the US trade deficit will not be solved by starting trade frictions with China or any other country. The real cause behind the deficit lies in America's focus on making weapons and spending money on wars.

"America First" will not work because America doesn't own the Earth – it's part of it and has to respect and understand other parties. Only through dialogue, mutual respect and win-win solutions can America be first.