At the conclusion of another successful visit to China by His Highness Sheikh Mohamed bin Zayed al Nahyan, Crown Prince of Abu Dhabi and Deputy Supreme Commander of the United Arab Emirates (UAE) Armed Forces, it is clear that UAE-China relations are only growing from strength to strength. In fact, in the four years since His Highness last toured Beijing's historic sites at the invitation of President Xi Jinping in 2015, a close reciprocal relationship has developed into a comprehensive strategic partnership. 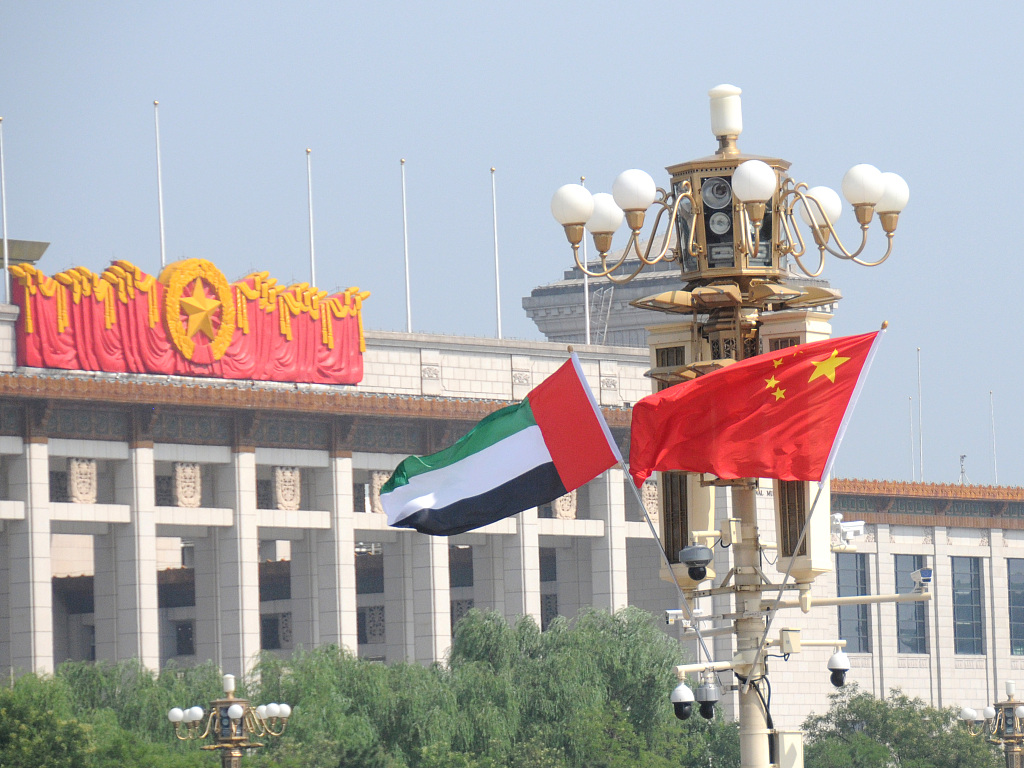 The strength of this partnership was demonstrated this week by the diverse set of agreements that our two countries signed across a wide range of sectors, including conventional and nuclear energy, trade cooperation, financial services, tourism, education, aviation, science, technology and artificial intelligence.

This kind of deep, comprehensive engagement is built on a foundation not simply of common economic interest, but shared values and mutual trust. Both the UAE and China firmly believe that peace, stability, trade and prosperity go hand in hand in the exercise of constructive international relations.

This progressive approach has seen the volume of trade between the UAE and China grow to well over $50 billion in the decades since diplomatic relations began in 1985, and more recently these positive economic indicators have intensified. Last year, China's imports from the UAE increased 32.8 percent, and in the first quarter of 2019, bilateral trade was 16.2 percent higher than the same quarter in 2018.

This expansion of bilateral trade is not a coincidence. It is the outcome of the closer strategic bonds that have developed as part of China's inclusive Belt and Road Initiative, a strategy that considers the UAE a key Middle Eastern link to an increasingly influential trading bloc. The evolved vision of the leadership of both countries led to a strategic partnership between COSCO Shipping and Abu Dhabi Ports, which has leveraged the UAE's pivotal location at the meeting point between three continents to expedite trade flows between Asia, the Middle East, Europe and Africa.

Another telling example of the strategic transformation in the UAE-China relationship is the growing energy cooperation between our two countries. The award of stakes in Abu Dhabi's onshore and offshore concessions to China National Petroleum Corporation (CNPC )in 2017 and 2018 were milestone events that underscored China's position as a global economic powerhouse and the UAE's role in fueling its growth. This week, that energy cooperation was further enhanced with strategic framework agreements between the Abu Dhabi National Oil Company (ADNOC) and China National Offshore Oil Corporation (CNOOC) to explore partnership opportunities across the value chain of ADNOC's businesses.

A similar framework agreement was reached with Wanhua to explore investment opportunities in ADNOC's expanding domestic downstream footprint. In addition, a shipping joint venture agreement was signed with Wanhua that builds on the LPG supply contract signed last year.

Ultimately, the strength of relations between the UAE and China is powered by people. The Chinese community living in the UAE, numbering some 200,000, is the largest Chinese expat community in the Middle East. Over 4,000 Chinese companies thrive in the UAE, but the Chinese contribution to our society goes much deeper than the economy. The roots they have put down are strong and true, contributing through commerce and community engagement to the multicultural fabric of the UAE.

Over 100 schools in the UAE will soon offer Mandarin thanks to exchanges with Chinese teachers. Reciprocal visa free travel has increased the connectivity of our two peoples, with Chinese visitors to the UAE surpassing 1 million in 2017, a number that will only increase.

This is a propitious year for both China and the UAE. It marks 35 years since the opening of friendly relations between the UAE and China, and is also the 70th anniversary of the founding of the People's Republic of China.

The horizon for both our countries is bright, and together, through continuing to strengthen our close relationship culturally, politically and economically we can ensure a stable, secure future for both our peoples and our respective regions.

(The author is a Minister of State of the UAE and Group CEO of ADNOC.)