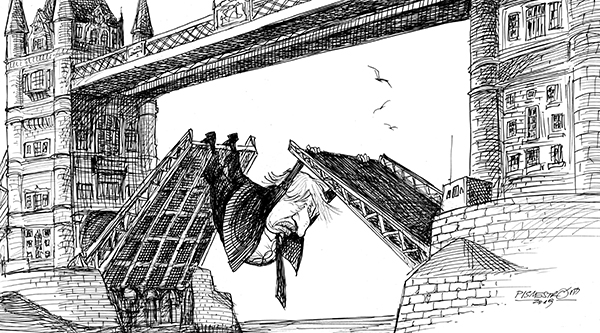 WITH THE EUROPEAN UNION agreeing to grant the United Kingdom another Brexit delay, more operations of politicians are believed to be brewing in London. Xiang Changhe, a researcher of international relations, comments in a column of Beijing Youth Daily:

Throughout the more than three years of Brexit, uncertainty has been the only certainty, which provides many with the chance to update their knowledge of British politics, allegedly a model of Western democracy.

Using a referendum to decide Brexit was in itself a risky political gamble from the very beginning. The prime minster at the time David Cameron set the stage for the confusion that followed out of his own need for his government to win more support. He was unprepared for the government being abducted by public opinion through the referendum. Which, thanks to the characteristics of the British political system, means the government has not only lost its dominance and control over the incident, but also its own fate, so that the whole nation was put on a train heading for derailment without a brake.

There is no doubt that Theresa May will be remembered by history as the first British prime minister to be elected for Brexit only, and so will Boris Johnson solely for his stance on Brexit.

With a downhearted European Union and a doomed divorce around the corner, the only unsettled question now is how the British politicians will continue to try and take advantage of the chaos for their own personal and partisan interests.

The Conservative government led by Prime Minister Boris Johnson is intent on stepping on accelerator of Brexit, as it seems it does not want anybody to think about how much damage Brexit will do to the country, as a growing number have started to regret their impulsive vote to leave the EU.