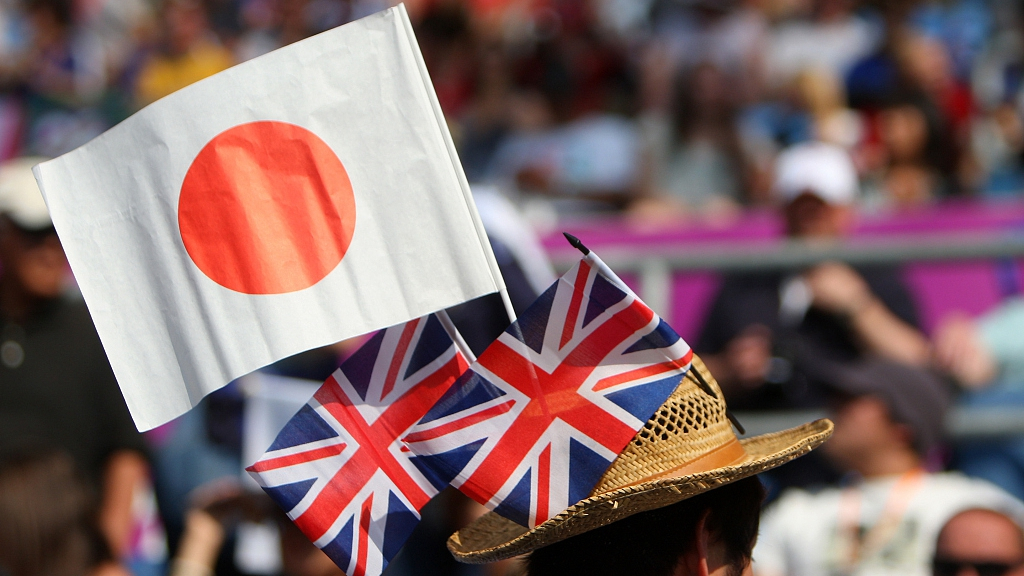 The UK's foreign minister Jeremy Hunt has been back in Japan this week – his second visit in less than eight months. Having taught English in Japan after he graduated from university, Hunt speaks fluent Japanese and understands the country well.

He is, therefore, a useful device for the British government in its attempts to woo Japan politically, just as Brexitdamages trade relations between the two countries.

The UK, London in particular, has long been a key investment location for multinational Japanese companies. At the same time as being the financial capital of the world and a cosmopolitan metropolis that acts as an attractive destination for well-to-do immigrants, London has offered a gateway to Europe.

Setting up a European base in London has meant easy access to the European Single Market – the world's largest trading bloc. It is no wonder, therefore, that countless Japanese corporations have their European headquarters in London.

And it is not just London where Japanese companies have set up shop in the UK. Car manufacturers such as Nissan and Honda came to the UK in the 1970s and 80s and set up large plants across the country from Swindon to Sunderland.

As with the banks and trading houses in London, these automakers were attracted to the UK due to its membership of the Single Market. A car made in Sunderland or Swindon could be sold to Antwerp or Amsterdam with no import tariffs. Prime Minister Margaret Thatcher made a conscious effort to sell the UK to Japan on this basis.

Now, over 1,000 Japanese companies operate in the UK, and nearly 150,000 jobs are thought to depend on their continued presence and investment. Such investment is far from irrelevant in the grand scheme of the British economy.

But Brexit is changing things. As soon as the UK voted to leave the EU (and even before it did), Japanese companies warned that the UK's exit from the EU would damage its competitive position as a destination for Japanese investment.

Japanese Prime Minister Shinzo Abe warned his British counterpart Theresa May directly that his country was particularly fearful of a "no deal" Brexit.

These were not bluffs. In 2019, Nissan has said it will withdraw investment in its Sunderland plant and Honda has said it will entirely close its plant which employs 3,500 people in Swindon by 2021.

Although their public press releases have put their decisions down to other market conditions, most analysts agree that Brexit, and particularly the danger of a "no deal" Brexit, has spooked these companies.

And the car manufacturers are not alone. Many Japanese companies with European headquarters in London are opening up on the European mainland to avoid losing privileged access to the trading bloc.

There is yet to be a mass exodus of jobs and investment to these locations, but these corporations are poised to make such moves as and when it is necessary – likely to the great detriment of the British economy.

It is little wonder, then, that Hunt is spending quite so much time speaking to the Japanese, quite possibly in their own language. He seeks to reassure his counterparts that Japanese investment in the UK will not be threatened by Brexit and is now armed with the positive news that the UK government will work hard to avoid a "no deal" scenario.

Abe publicly welcomed this news, while rightly acknowledging that such a scenario has not yet been completely avoided.

At the same time, in these visits and in other actions, Britain is also seeking to strengthen its security cooperation with Japan. Recent cooperation has included joint UK-Japan military drills – the first that Japan has conducted on its territory with a country other than the US Three of the UK's Royal Navy ships also made port calls in Japan last year, and are assisting in regional efforts to monitor enforcement of sanctions on the DPRK.

As Abe seeks to reinvent Japan's foreign policy to become more "proactive" and assertive in the region and beyond, Britain also sees an opportunity to make good on its post-Brexit "Global Britain" branding.

Military cooperation is, therefore, an attractive proposition for both countries, as they try to recalibrate their international position. It is also a particularly useful way for the UK to try to solidify political and strategic links with Japan, just as trade links falter.