OPINIONS UK setting itself up for a fall: China Daily editorial

UK setting itself up for a fall: China Daily editorial 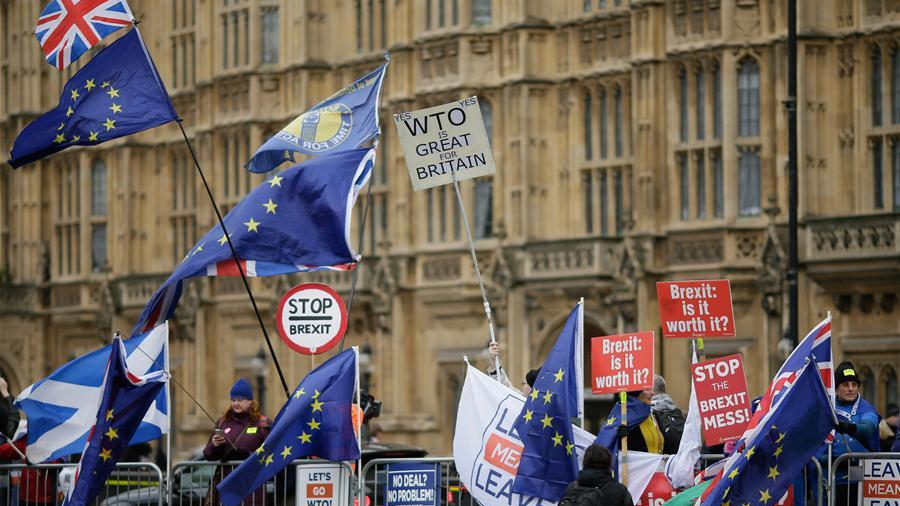 More than nine months after the United Kingdom left the European Union on Jan 31, just weeks before the transition period ends, negotiations on an ultimate Brexit deal remain inconclusive.

The EU doesn't want Britain to retain access to its markets while not following its rules. The UK complains the EU is asking for too much, while failing to offer what it deserves as an independent, sovereign state.

With Valdis Dombrovskis, the EU's top trade official warning there are still "important elements to be resolved" and "substantial work to do" for a full agreement to come into force on Jan 1, there is increasing worry that there will be no deal.

For the benefit of both parties, for those of all third parties involved, and the already fragile broader world economy, there has to be a shared sense of urgency to accelerate the process and make sure the kind of "brutal cliff-edge divorce" does not materialize.

The COVID-19 pandemic has no doubt added extra burden on the protracted negotiations with such containment measures as restrictions on cross-border travel prolonging the process. Yet if no deal is forthcoming, it is widely anticipated that it will substantially acerbate the pains the pandemic has already inflicted on the UK and EU economies, and end up as a new drag on their economic recoveries.

That would not be good news for the global economic outlook, either. It would no doubt be another shock for the financial markets. Disruption of supply chains, especially those across the English Channel, will be inevitable. Following which, hundreds of thousands of jobs will be at risk.

UK Prime Minister Boris Johnson is bullish on his country's post-Brexit economic prospects. But if the remaining obstacles in the way of the deal can't be ironed out and an agreement reached between the two sides before the quickly approaching deadline, he will likely find things a lot thornier and more difficult than his country's economy is ready to handle.

Without a proper agreement, tariffs and various other barriers will immediately get in the way on Jan 1 of what has to date been normal economic interactions across the English Channel. Many conveniences and preferential treatments taken for granted over the past decades will be gone overnight.

The damage will be two-way. Although the EU as a whole might be better placed than the UK to absorb the economic shock of a no-deal, the fallout within the EU will be uneven, resulting in winners and losers, further aggravating disparities withering the bloc. Nonetheless, the shock will be more acute for the UK.

KPMG projected that the British economy will slump by 11.2 percent this year on pandemic restrictions. With a deal, the UK's growth next year may be 10.1 percent, without one it could be 4.4 percent, according to its forecast.

Such a dramatic difference makes a proper deal all the more imperative.

Yet whether or not a deal is struck, the UK government's willingness to breach international law is likely to have a lasting effect on perceptions of the country, and not just the EU's.