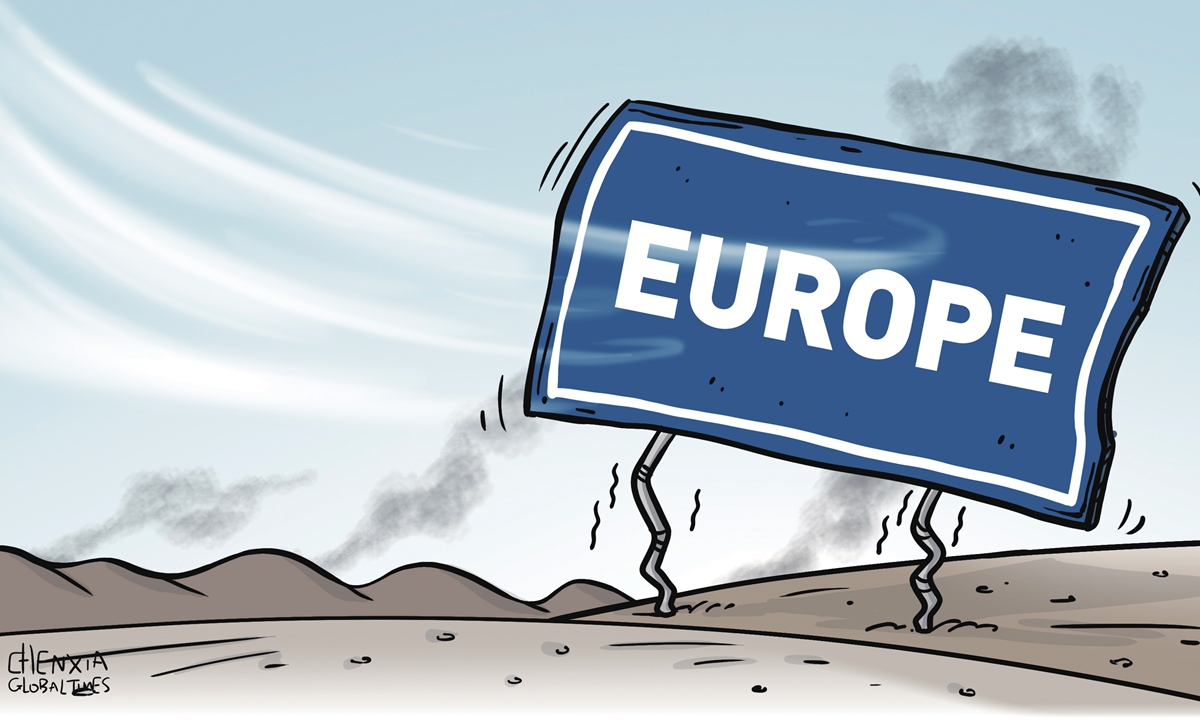 Europe's right-wing and conservative tendencies are intensifying in what could be one of the most noteworthy changes of the century.
Marine Le Pen, the presidential candidate of France's far-right National Rally, has made a strong electoral surge; there are riots in Sweden over the burning of the Koran; the rise of neo-Nazism in Central and Eastern Europe; and the fading of the long-standing neutrality of Sweden and Finland, which are now considering joining NATO.
After the Russia-Ukraine conflict, the West will "redraw the boundaries" with Russia, and Europe will be deeply and permanently divided. It is not only a border of geography, military defense and capital flows, but also a border of ideas, concepts and beliefs.
This is the return of old Europe, the return of Western civilization to its core values. The EU will not give in to Russia's offensive posture, nor will it stop its momentum of expansion, which we can understand as an aggressive conservatism.
We should not see the Russia-Ukraine conflict as a manifestation of the decline of European civilization, but rather that Europeans have realized that the Russian challenge is the one that really touches the power base of Western civilization.
Its return can therefore be understood as a bid to defend Western civilization and the Western-dominated order it has built on that civilization.
It is impossible to eat from the same plate when you are not a family. The countries of Central and Eastern Europe, including Ukraine, were not forced to join NATO, or seek NATO membership. The EU was not pulled into the fray by the US in a thinly veiled manner. In these sanctions against Russia, the EU is not playing a supporting role; it is both defending the foundations of its own civilization and using another tool of war - economic sanctions - against the challengers to its civilization.
The Russia-Ukraine war will not and cannot break up the EU. The momentum of more than 500 years of global expansion of Western civilization is waning, but it is not subsiding. After the Russia-Ukraine war, the European consensus on its ideology, beliefs and political system will instead be reinforced.
Every civilization has its own belief system, and the perception of basic identity flows like blood in their minds and concepts, which is the basis of national survival and development and cannot be changed. And any external shock that touches their foundation will meet a strong reaction.
The Russia-Ukraine war has shown us that not everything is changing in a century of great changes. It is instead a great game of change and unchanging. What is happening in Europe shows that change has come to an important juncture in the development of human civilization in Europe, where the two world wars took place. Can different civilizations live together in peace and how?
A few days ago, the New York Times Book Review column published an article by Kevin Peraino (April 14) about Kevin Rudd's new book The Avoidable War. The author writes that any attempt to find common ground "would have to recreate the whole world of the other, the whole intellectual landscape." It is precisely this type of worthy and ambitious intellectual re-creation that Rudd undertakes in his new book.
Both the columnist and Rudd are talking about China-US relations, but with the same implications for Europe.
If the Russia-Ukraine war cannot be understood from the perspective and scope of vision of another civilization different from one's own, but rather constantly fortifying and fearfully advancing its own defenses and its ability to expand, then the war will not easily recede from this ancient European land that suffered two world wars.