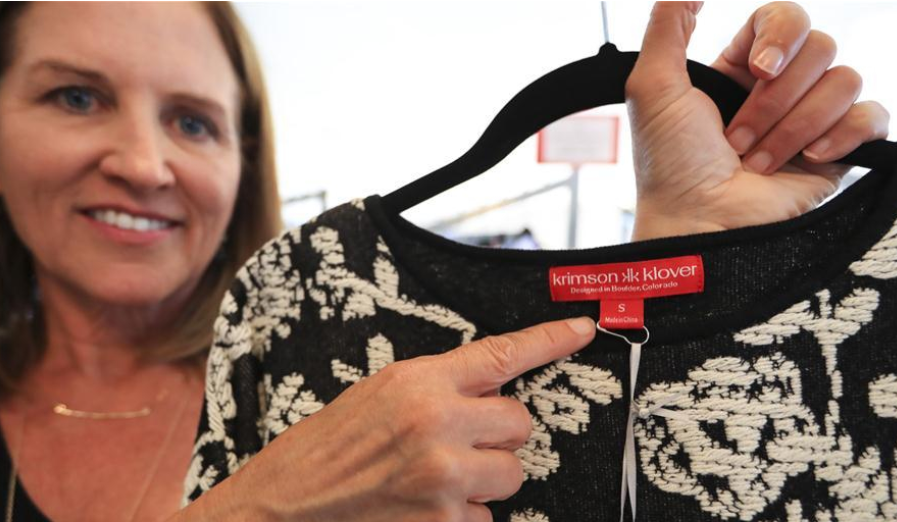 China and the U.S. have announced the conclusion of phase one trade deal in a bid to ease the trade war. President Trump called it an "amazing deal" and revealed that the two sides would begin negotiations on the phase two deal soon.

It's clear that the U.S. is getting softer on China than before. The White House is trying to use the China-U.S. trade deal and the signed U.S.-Mexico-Canada agreement as leverage to get Trump out of the political conundrum triggered by the impeachment process. The Democrat-controlled House of Representatives will vote on the articles of impeachment against Trump on December 20, thus Trump is facing the worst crisis since he came to power. In the view of Democrats such as Nancy Pelosi, there is very strong evidence of the president's abuse of power and obstruction of Congress. However, Trump insists it's a political witch hunt.

Of course, reaching a deal with China is also out of America's concerns for its economy. The trade war that began last March has inflicted growing pains on American businesses, farmers and consumers. The latest data released by the U.S. Department of Commerce in November show that Trump's trade war has significantly affected exports to China, with more than 30 states seeing double-digit decline in their exports to China.

With the advent of the Christmas season, if more tariffs were to be put on Chinese goods, American consumers would have to bear even more pain. The U.S. economy is showing signs of a slowdown. Some Republicans have reminded Trump that continuing with a hardline position will hit the U.S. economy even harder. Considering that the 2020 presidential election campaign has been in full swing, its impact on Trump's chances of reelection should not be underestimated.

The phase one deal is the first step in easing the trade war. The phase two deal is going to address some structural issues such as industrial policy. It is even more difficult for China and the U.S. to reach an agreement on those issues. More importantly, some political factors are lurking behind the subsequent China-U.S. trade negotiations.

Firstly, the increasingly fierce domestic political struggles in the U.S. are further complicating the prospects of China-U.S. trade talks. Recently, the U.S.-Mexico-Canada agreement was signed. After many revisions to the agreement, Democratic lawmakers basically agreed to pass the agreement in the Congress. Considering this progress, it is hard to imagine that Democrats will continue to give the Trump administration a green light in terms of the China-U.S. trade agreement.

White House trade adviser Peter Navarro unabashedly linked China-U.S. relations with Trump's impeachment, threatening that impeachment initiated by Democrats would hinder the U.S. response to the Chinese threat. There is no doubt that the Trump administration has good reasons to ease the trade tension with China so as to create a more favorable economic environment for his reelection campaign. But this is certainly not what Democrats want.

Secondly, the Trump administration itself is poisoning the outlook of China-U.S. relations, which will impede efforts from both sides to de-escalate the trade war. The White House seems to have "bipolar disorder."

On the one hand, it hopes to reach a trade deal with China to maintain its economic growth; on the other hand, it continues to stir up anti-China sentiment domestically. This paradox is becoming more and more glaring.

Recently, Vice President Pence and Secretary of State Pompeo have made a string of speeches in the U.S. and abroad to galvanize attacks on China's political system, which has made Beijing feel humiliated and angry. It is very perilous that some senior U.S. officials are exaggerating or even intensifying the ideological differences between China and the U.S., and regard it as part of the "great power competition" strategy against China.

Thirdly, U.S. Congress is going out of its way to meddle with the China-U.S. relations. The recently passed bills involving Hong Kong and Xinjiang have shown that the U.S. is trying to sanctify itself as the shining beacon of democracy, freedom and human rights, and is ready to pick a fight with an "evil force" like China. As former CIA officer Paul R. Pillar pointed out in his book "Why America Misunderstands the World" that this dichotomy of friends and enemies, right and wrong, causes too much harm to the U.S. and the world.

There is no doubt that China-U.S. trade talks cannot be separated from the bigger picture shared between the two countries. Unfortunately, motives related to the 2020 election, which hinder the easing of tensions between China and the U.S., appear to be a byproduct of Democrats' ramped-up efforts to set constraints on the Trump administration. In short, U.S. domestic politics brings more challenges to China-U.S. relations, and the fragility and uncertainties faced by China-U.S. trade negotiations cannot be underestimated. Beijing is fully aware of this.