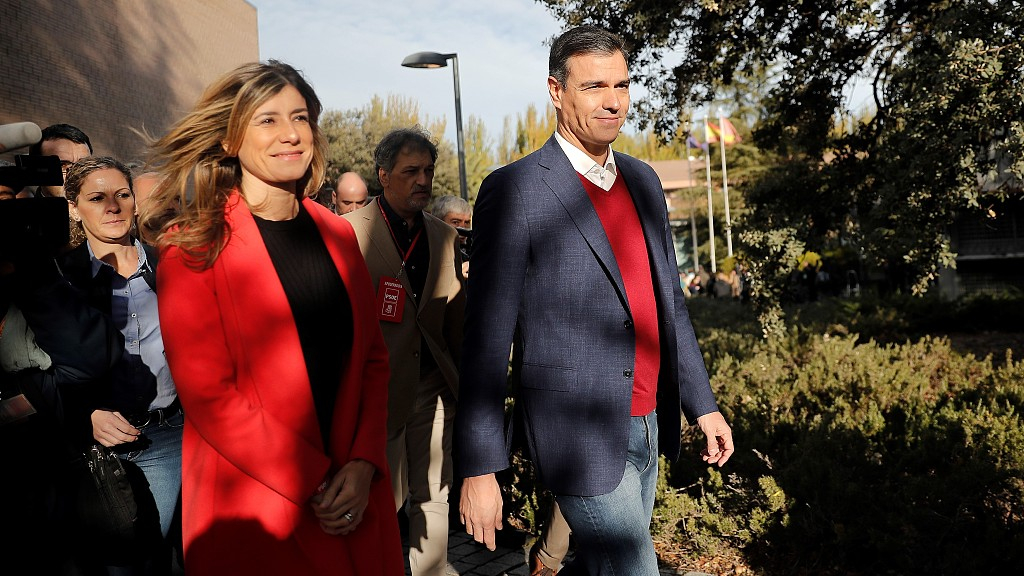 To break the political deadlock, the country is holding another national election this Sunday.

However, after this one, how long will it be until the country has its new government and prime minister still depends on the negotiation process between the different political parties.

The upcoming election has not sparked much interest among voters, because they are facing pretty much the same candidates from major political parties as in April.

In the April vote, the two establishment parties, the Socialist Workers' Party (PSOE) and the People's Party (PP), won 29 percent and 16.7 percent of the seats respectively.

Five years ago or even as far back as 30 years ago, the situation was drastically different when the parliament was dominated by the two main political parties, and the right to form the cabinet alternated between them.

Since the national election in 2015, however, the radical left-wing party "Podemos" which campaigned against fiscal austerity, the "Ciudadanos" which started out against Catalonia's independence, and the far-right "Vox" party repeatedly challenged the political mainstream and won 14.3, 16 and 10 percent of all seats in the April vote.

PSOE and Podemos, both left-wing parties, could have formed a government coalition.. Sánchez even offered the latter with the posts of one deputy prime minister and three ministers.

However, the two parties were unable to reach an agreement on specific candidates and positions. Podemos chose to abstain in the two rounds of votes on deciding on the prime minister and watched Sánchez miss out on the position of the prime minister.

Podemos' strategy was obviously poorly thought-out. Its initial glory five years ago is fading away. Judging from the results of the recent national and local elections, its approval rate is expected to further decline in the upcoming national election. The latest attempt by Sánchez to form a cabinet might be its best opportunity to step into the center stage of power.

Ciudadanos, which has always maintained a clear right-wing liberal democratic party line, has tried to blur its ideological pursuit in several national elections so as to make allies with different parties. In order to participate in the formation of a cabinet, it even tried to form a coalition with the rightist PP and has also discussed the possibility of forming a coalition government with the leftist PSOE. Its repeated wavering of positions has cost it support from its original staunch supporters.

According to a poll released by El mundo on July 1 this year, one in five voters who voted for Ciudadanos regretted over their choice. In other words, Ciudadanos is likely to lose its status as the third largest party in the new parliament.

Turnout is the biggest variable

It would not be hard for PSOE to secure the most seats in this election. However, it will only hold less than one-third of all the seats. If it's unwilling to take out enough cabinet positions to trade with other parties, it's likely to miss out on the position of prime minister once again.

However, for those voters tired of Podemos and Ciudadanos, if they turn to the right-wing PP or the far-right Vox, then PSOE joining hands with one of the two parties in forming a coalition will only be a matter of how rather than if.

Of course, at a time full of "black swans", anything can happen. The biggest variable for this election is the turnout.

This will be Spain's fourth national election in four years, two of which have turned out to be debacles due to not being able to have a prime minister and the failure to reach a bipartisan consensus between the coalition parties on the budget.

In May this year, parties in Spain also went through municipal elections, local elections and European Parliament elections.

The endless political infighting will eventually exhaust the Spanish people. No matter how strong the enthusiasm for an election is, it will run out one day if politicians fail to respond with practical actions again and again.

However, one thing is certain. Any political party that wants to make a difference in the capital dares not to condone the attempt to secede Catalonia from the Spanish territory.