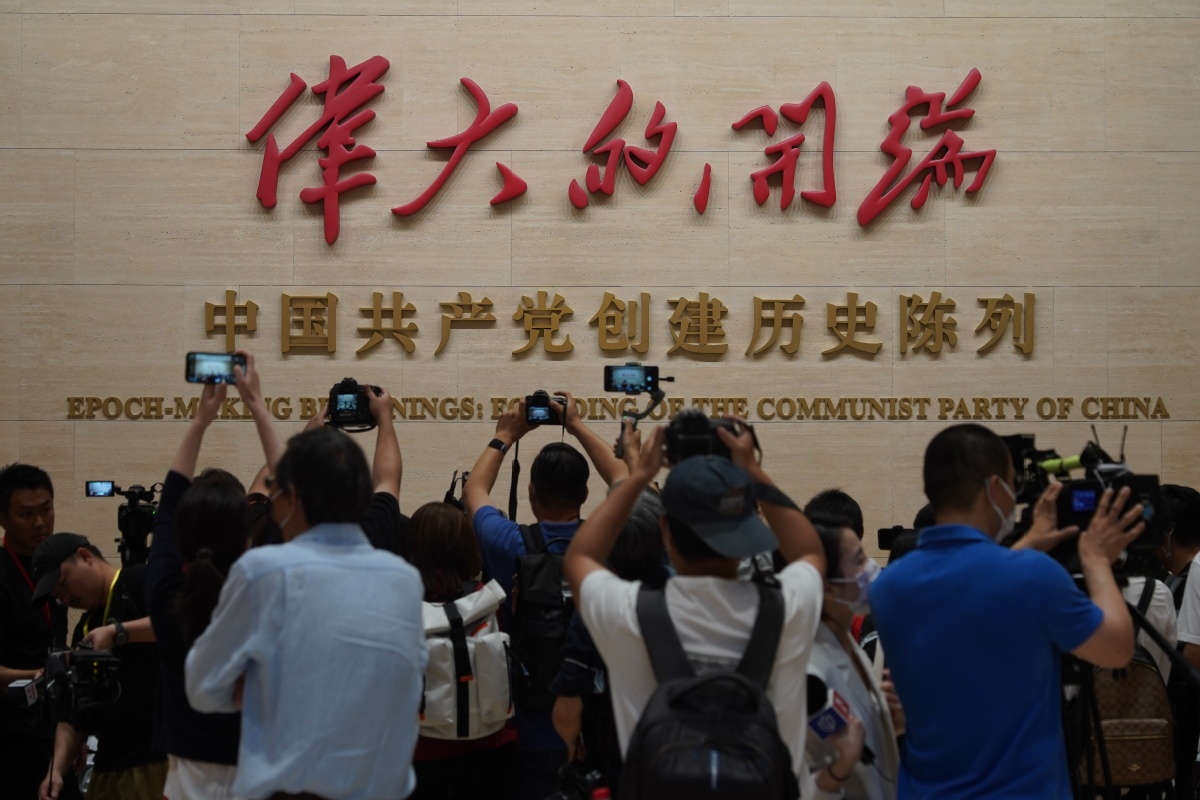 Journalists take photo of the Memorial for the Site of the First National Congress of the Communist Party of China in Shanghai, which reopens on June 3, 2021. (Photo: China Daily)

The forum— titled The Status and Role of Political Parties: Governance in Developing Countries — was held by the Party School of the Central Committee of CPC to mark the 100th anniversary of the founding of the CPC on July 1.

After becoming independent from colonial rule since World War II, many developing countries, mostly from Asia, Africa and Latin America, were still struggling to balance issues of development and independence, said Zheng Yongnian, a professor of politics at the Chinese University of Hong Kong (Shenzhen).

"China sets an example on opening up and learning from the West, while keeping its independence ," Zheng said.

Li Shulei, vice-president of the Party School of the CPC Central Committee, said political parties in developing countries faced urgent tasks to explore the path of development suitable for their nations and boost economic growth.

"You can't get things done without a leader," said Qu Qingshan, head of the Institute of Party History and Literature of the CPC Central Committee.

Contrary to the developing world that welcomes exchanges with China, some Western countries begin to take measures of decoupling in trade, high-tech and people-to-people exchanges.

Tomislav Nikolic, former president of the Republic of Serbia, said many European states mistakenly believed there could be no democracy and happiness for any country if it was not established on the basis of "opposing government".

There is not a single book of instructions on how a country should organize its political life, public sphere, economics or culture, he said.

With the developing world's influence on the rise and theirs in decline, the traditional hegemonic powers are trying to humiliate whoever refuses to follow their rules and tries to take a lead position on the world stage, Manolo Pichardo, director of the China Research Center in the Dominican Republic, said, adding developing countries should increase their say and improve international order.

The CPC has led China to many achievements since its foundation, particularly since the reform and opening-up period in the late 1970s. For those that wish to learn from China, Wang Bo, vice president of Peking University, said, "Understanding the CPC is the key to understanding China."