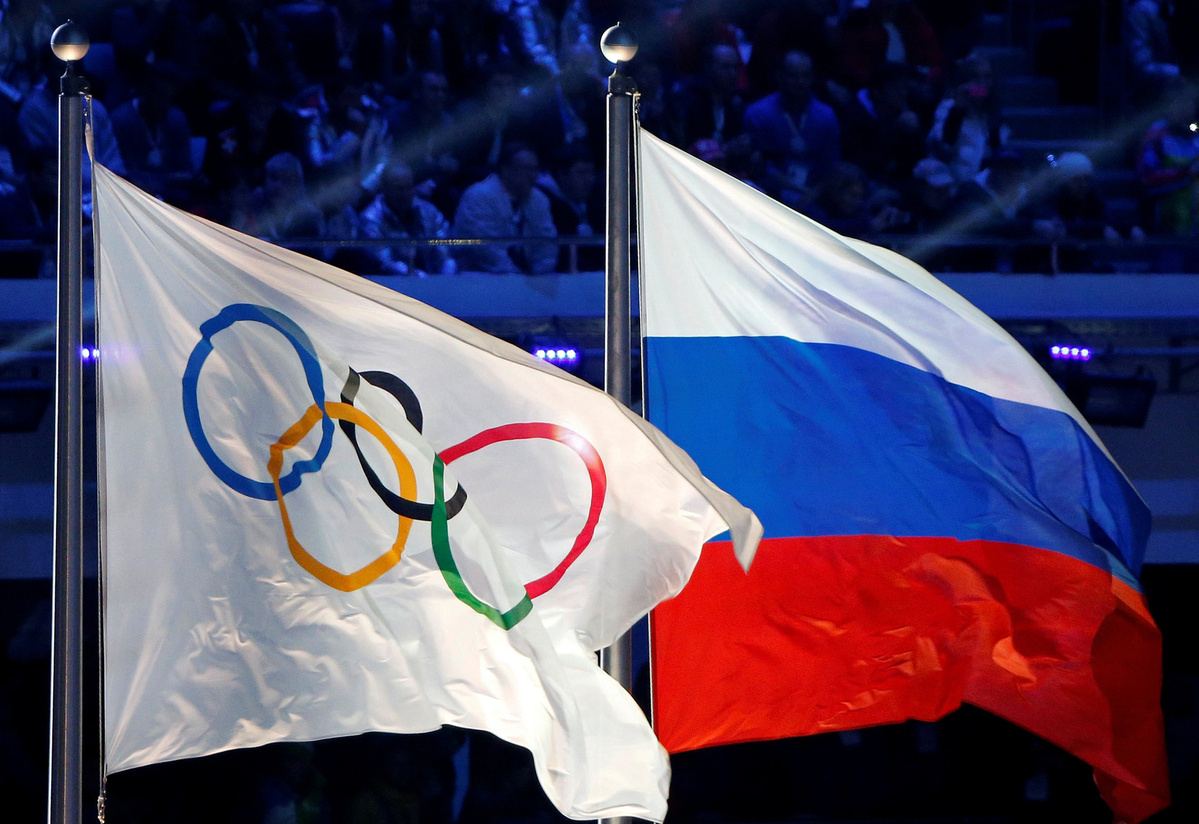 The Russian national flag (R) and the Olympic flag are seen during the closing ceremony for the 2014 Sochi Winter Olympics, Russia, Feb 23, 2014. (Photo: Agencies)

The World Anti-Doping Association (WADA) has just banned one of the largest nations and leading sporting nations in the world from competing in any international competitions for the next four years, including the Olympic Games and the Soccer World Cup, despite the readiness of the government and sporting authorities of the country in question to cooperate in seeking a more restrained and just solution.

Untold thousands of “clean” athletes in every sport will be unfairly penalized and their careers and records forever blighted because of this decision. One senior WADA official has already gone on the record as having arrogantly told the government of Russia, “Don’t bother appealing to us: It’s a waste of time.”

Thirty-eight unelected bureaucrats accountable to no one and the beneficiaries of a flood of unmonitored money from the International Olympic Committee have just been allowed to throw the international sporting community — a major and important force for goodwill and mutual understanding on our planet — into chaos.

The issue of rolling back the artificial use of drugs as enhancers from international sports is a complex and huge one and needs to be continuingly addressed. No one denies that. But WADA’s approach, which punishes multiple thousands of innocent athletes for the alleged doings of a few hundred, is not the way to do it.

“There is no task to punish athletes; there is a task to say that the country is to blame and to accuse the leadership”, Umar Kremlev, secretary-general of the Russian Boxing Federation, rightly said.

Five times Olympic synchronized swimming gold medalist Svetlana Romashina was equally outspoken and fervent: “I believe the punishment of clean athletes to be unacceptable,” she said. “We have not done anything wrong. We want to prove this and compete.”

WADA’s decision to ban Russia from international sports events for years is unprecedented. It means Russia can't participate in the Tokyo Olympics next year if the ban is implemented. And it will be a big loss for the sports event itself if Russia as a sports power is absent. Global sports will be polluted, poised and irreversibly politicized if the ban is maintained. At best, the repercussions will be felt for decades. The damage may never be undone.

The chairman of the Commission on Sports Law of the Association of Lawyers of Russia is confident that in formal legal terms, there were no grounds for revoking RUSADA's (the Russian Anti-Doping Agency) compliance status because the agency has been audited twice in the last year by WADA.

Concerns about WADA’s powers have grown; it’s suspected lack of transparency and flawed methods have been growing for years but have never been addressed.

As an RT analysis published on Dec 10 noted, “The agency has turned into a judge, jury and executioner rolled into one, as it was essentially responsible for both defining which substances should be considered illegal for athletes, as well as for testing and investigating the very same athletes and eventually imposing sanctions against them.”

The hypocrisy and double standards of this ruling also need to be noted: Why, indeed should Russia be singled out when the US Gymnastics Association, recognized as being shamefully culpable for the sexual abuse of hundreds of young American gymnastics stars over the previous 20 years, was not barred similarly for a “cooling off” period from international competition after that monstrous series of crimes was finally exposed in 2016?

Why has there been no call to reevaluate and demand the return of the many gold and other medals won in international competition by world famous US track and field stars in the 1980s and 1990s for performances that have since been widely recognized and sometimes even publicly admitted to have been made possible by performance - enhancing drugs? One world famous US track and field coach was even openly known at the time as “The Pharmacist” for his zeal and success in doping up his athletes with artificial muscle-building means.

Where Russia was singled out to be isolated humiliated and its very membership in the international community of nations challenged and sabotaged for no due reason at all, other great nations will find themselves being lined up for the same treatment.

Two thousand years ago, Jesus said it first and best: “By their fruits shall ye know them.”

The author is a senior fellow at the American University in Moscow. The views don't necessarily reflect those of China Daily.