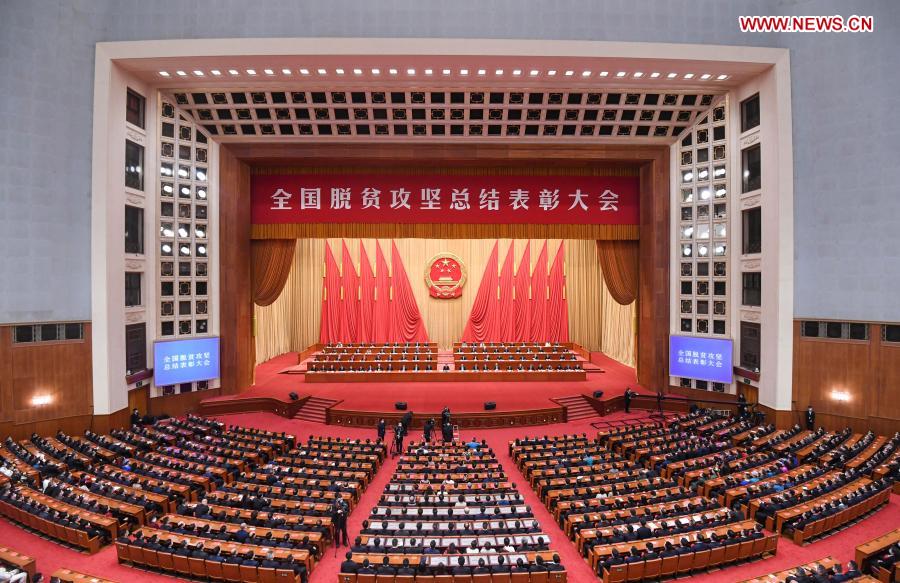 A grand gathering is held to mark the country's accomplishments in poverty alleviation and honor its model poverty fighters at the Great Hall of the People in Beijing, capital of China, Feb. 25, 2021. (Photo: Xinhua)

China has scored a "complete victory" in its fight to eradicate absolute poverty, Chinese President Xi Jinping announced at a national commendation conference at the Great Hall of the People in Beijing on Thursday.

But this seems not what certain Westerners are happy to see.

The very criticisms China hawks make against the Communist Party of China (CPC) are the reasons it has been able to accomplish the historic goal of eradicating absolute poverty.

Following a clear, long-term vision focused on helping the people, the CPC has marshaled all the resources of the government to achieve the extraordinary goal of eradicating absolute poverty.

The long term-nature of the poverty eradication plan and the granular focus of its executions are two main reasons why it has succeeded, where similar plans such as the U.S. War on Poverty launched in 1964 failed.

China, over the past eight years, was able to use targeted poverty eradication programs to lift the remaining 100 million impoverished people in rural areas out of poverty.

In some cases, "targeted" meant teaching villagers how to farm new crops and helping them find markets. In other cases, it meant partnering with rich areas in other parts of the country to meet gaps in labor and production.

None of these tactics would have been feasible in Western countries. For example, in the U.S. in the 1960s, the War on Poverty came under fire for violating people's right to privacy.

Due to the different systems of government, it is difficult for the U.S. to plan beyond a five-year horizon.

When an administration shifts, priorities shift, often lurching in a completely different direction. Focus on the War on Poverty started to waver within five years of its launch, with the government eventually abandoning the goal altogether.

The U.S. federal government simply does not have the writ, funding or long-term focus to execute a poverty elimination plan like China's. 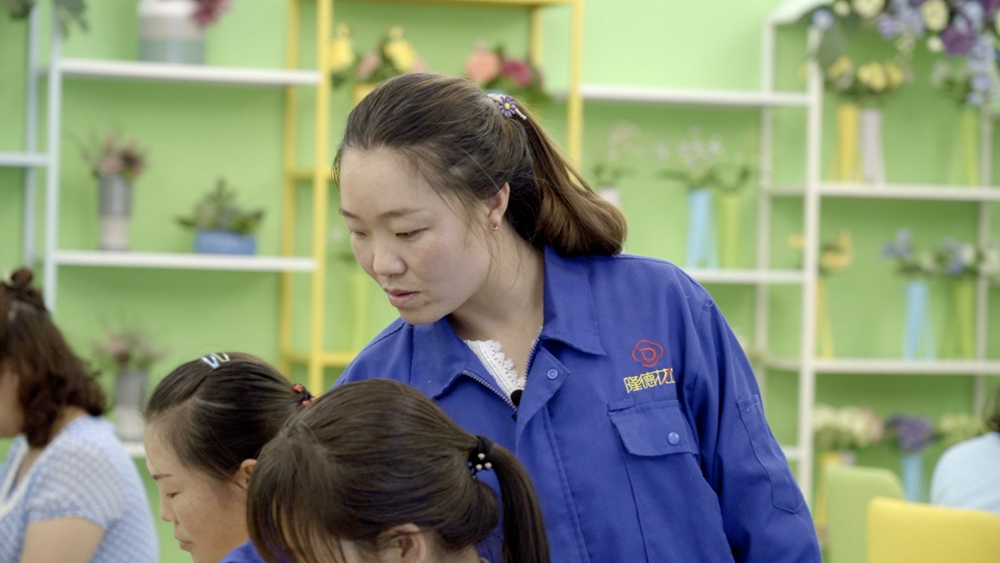 The limits of the U.S. governance are not only reflected in the persistence of gaps in education, healthcare and income, but also in its inability to control COVID-19 or tackle complex problems like global warming.

Some tactics used by China, such as relocating villages, are unavailable in the United States. This is because of a difference in human right concepts, caused by different histories and economic conditions.

The American revolution was led by white male landowners who wanted to protect their businesses from unfair taxation and other commercial burdens.

Slowly and unevenly, the circle of rights was expanded to protect all white men, then black men to a limited extent, and women. One could make a strong argument that to this day, the rights of the poor are still not effectively protected in the United States.

The focus remains on individual political rights, which are important if you have money, but of little use if you are too isolated and busy keeping your head above water to focus on politics.

On Thursday, Chinese President Xi Jinping emphasized that the establishment of the People's Republic of China in 1949 was from the beginning aimed at helping poor farmers. It focused on helping people with the necessities of life – shelter, food and education – and achieving prosperity.

The long-term vision and leadership of the CPC, its focus on what the public most urgently wants and needs, and a state system that can concentrate its resources have enabled the Party to meet the most urgent needs of its people.

As China marks the eradication of extreme poverty, it is a good opportunity for other countries to acknowledge that policies respond to specific, concrete needs of the people, which are not the same at every place and time.

Not all governments share the same goals and priorities. But to tackle the world's problems, they need to acknowledge each others' strengths and share mutual respect based on their accomplishments on behalf of their people.