Unrelenting efforts in fight against COVID-19 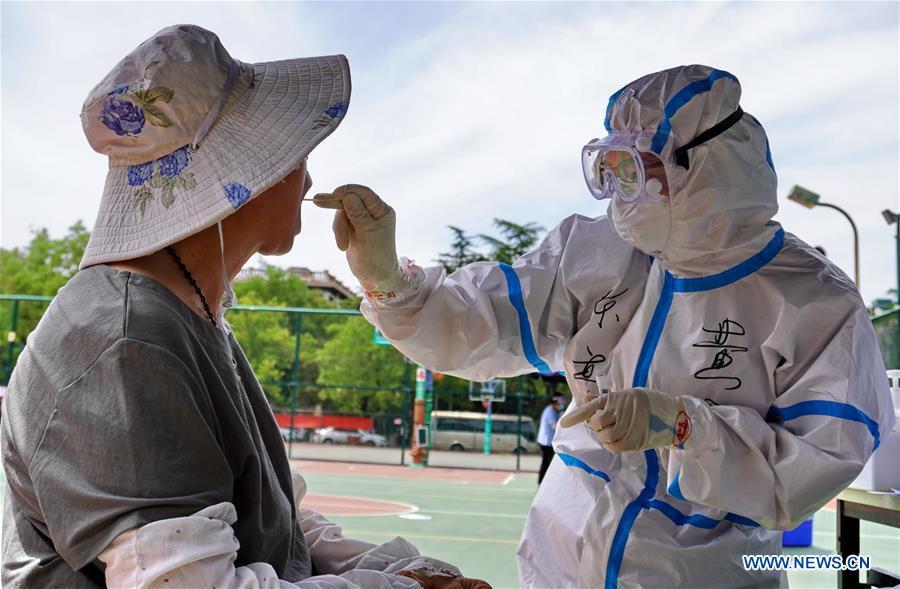 A medical worker collects throat swab of a resident at a sampling site in Fengtai district of Beijing, June 15, 2020. [Photo/Xinhua]

China is continuing its fight against COVID-19, locking down several communities across Beijing in response to a worrying rise of new cases. The Chinese authorities had expected a second wave and are acting carefully to contain the new outbreak.

Drawing on lessons learned over the past few months, China has reason to be optimistic about the future. The recent government white paper on COVID-19 offers an overview justifying this optimism and gives interesting details concerning China's response to the health crisis. The chronological record of events from late December 2019 until the end of May 2020, for instance, provides a useful account of the Chinese government's actions in treating patients in Hubei province and limiting the spread of the virus in different regions.

On the whole, Chinese guidelines on disease prevention focused on tourism, households, public places, public transport and home observation, while four categories of people were identified: confirmed cases, suspected cases, those with fever who could potentially be carriers, and close contacts. Later on, asymptomatic cases also came under scrutiny.

The Chinese government has made public health a top priority. This is not only in terms of policies employed against COVID-19 such as quarantine measures and detection techniques, but also in its ability to provide free treatment. The white paper states that the average medical costs per person amounted to 23,000 yuan, and was much higher for patients in a severe condition. For a country to cover all these bills is rather unusual for the West where the gap between rich and poor is continuously widening.

As far as international cooperation is concerned, the white paper lays out the specific dates on which Chinese authorities collaborated not only with the World Health Organization but also with the U.S. Department of Health and Human Services after the virus was first reported in Wuhan. China has shared its information with the world, provided medical assistance to other countries, and fostered coordination through international and regional organizations.

The world has paid close attention to everything China has done – at the domestic and international level – during a particularly difficult and unpredictable time. It also appreciates the progress China has made. A global survey conducted and released a few days ago by the non-profit organization the Alliance of Democracies shows that over 60% of respondents rated China's response favorably. Meanwhile, the approval rate for the U.S. was far lower, with only around one third of people expressing their satisfaction.

The result of this poll reflects the facts of the situation. Countries which employed strict measures to bring the virus under control have succeeded, whereas countries that didn't have broken records in terms of fatalities. However, complacency should not be allowed. This is a global fight that is far from over – as recent news from Beijing clearly shows.

The experience since the beginning of the year suggests that China's management of the pandemic has been educational for the rest of the world. This should also be the case in controlling a potential second wave of COVID-19 in the Chinese capital. It is in the interest of other countries to study China's actions in order to prepare for similar situations in the near future. It would not be wise for some of them to repeat the same mistakes.

Even if the required mobilization will possibly vary from what has been described in the white paper, China is once again leading the way. The only difference is the scale and type of action. However, the commitment of the Chinese government to rely on the same principles has not wavered, nor has its determination to succeed or its readiness to share warning signs and response methods.

George N. Tzogopoulos is a columnist with China.org.cn.