OPINIONS Unwise for US to label China competitor instead of partner

Unwise for US to label China competitor instead of partner 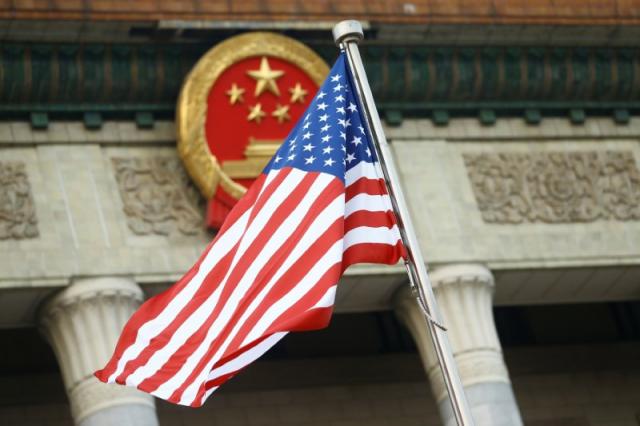 China and the United States, both major powers of today's world, need to work together to address global challenges on many fronts. However, Washington seems to disagree.

The United States introduced its new national security strategy Monday, which referred to China and Russia as "revisionist powers" and listed them as "competitors" trying to alter the status quo that favors the United States.

Later on Monday, the Chinese embassy spokesperson in Washington made a quick response, saying that for both countries, cooperation leads to win-win outcomes, whereas confrontation results in m

China's Foreign Ministry spokesperson Hua Chunying echoed this in Beijing, saying that maintaining healthy and stable bilateral ties is the correct choice for the welfare of the two peoples and the international community.

The United States wants to secure its crown as the world's sole superpower, but it must not forget that with strength comes responsibility. It needs to work with China and other countries to address global challenges such frail economic growth, terrorism, and climate change.

According to a Chinese proverb, solidarity brings more power. China is willing and ready to take action with the rest of the world, including the United States.

One of the most evident signs of this is China's constant call for the building of a community with a shared future for mankind, which promotes win-win cooperation instead of zero-sum competition.

The US move goes against consensus reached by leaders of the two countries to develop bilateral relations and the reality in which both countries share common interests in many areas.

Trade with China, the largest trade partner of the United States, helps each American family save 850 dollars every year. In 2015, bilateral trade and mutual investment created 2.6 million jobs for the United States.

During the state visit by US President Donald Trump to China last month, the two countries signed deals worth 253.5 billion US dollars, consisting of 34 cooperation agreements and letters of intent

The two countries also have made efforts to cooperate in bilateral and international affairs.

As spokesperson Hua said in her response, China and the United States, the world's largest developing country and developed country respectively, have important responsibilities in maintaining world peace and development.

China, as a beneficiary of globalization, understands the importance of cooperation and partnership, and welcomes the world to benefit from its growth.