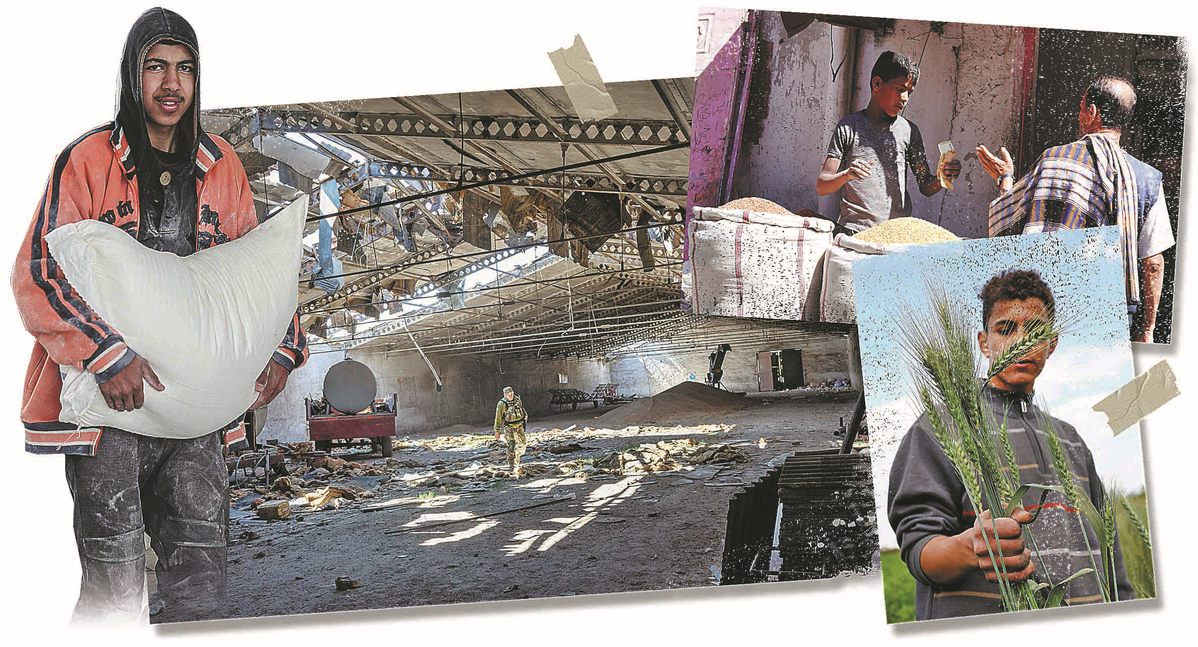 Food security was a key topic for discussion at the Annual Conference 2022 of the World Economic Forum in Davos, Switzerland, this week.

The soaring grain prices have caused food shortages in many countries that rely on imports for food, such as those in the Middle East and North Africa, which is likely to plunge tens of millions of people into hunger if unchecked.
The shrinking sowing area of wheat this year will directly reduce the wheat output, and the price hikes of chemical fertilizers and energy are further pushing up food prices.

The rise of food trade protectionism has further highlighted the urgency of food security. It is estimated that about 23 grain exporting countries have suspended or banned grain exports so far this year.

It is difficult for countries to be immune to a world food crisis. Only by joining hands and working together can the damage be minimized.

Countries should cooperate to maintain the global food trade order. Food trade protectionism will only create a prisoner's dilemma that will leave no parties unscathed.
The Food and Agriculture Organization of the United Nations, World Food Programme and International Fund for Agricultural Development should take concrete measures to make the global food system more resilient.

They should give full play to their advantages in their respective fields to help developing countries enhance their food security.

At the same time, countries should do more to reduce food loss and food waste. According to the FAO, 14 percent of the world's grain output is lost from harvest to retail, and another 17 percent is wasted in its retail, catering and consumption. This is equivalent to the annual food rations of 1.26 billion people.

As such, UN agencies should further publicize and implement the Jinan Initiative of the International Conference on Food Loss and Waste that was formed last year in Jinan, Shandong province. The initiative calls for countries to set common targets to deal with food loss and waste.

Also, the advanced technologies of developed countries should be utilized more widely to help developing countries enhance their capacity of scientific grain storage and transportation.