Urgent to protect kids from predators 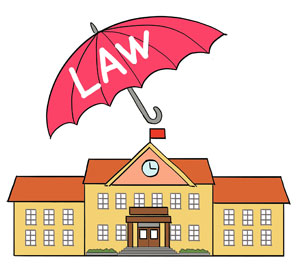 The Standing Committee of the National People's Congress, China's top legislature, is discussing a draft amendment to the Law on the Protection of Juveniles, which will prohibit employers from employing those convicted of sexual offenses against children. China Daily writer Zhang Zhouxiang comments:

It might take a person minutes to commit a sexual offense against a juvenile, but it will leave the victim with mental scars for the rest of their life.

Being inferior in physical strength, juveniles need special protection. However, in the past decades, there have been quite a number of cases in which school staff have been convicted of sexually assaulting children in their care, and there have long been calls for known sex offenders to be kept away from minors.

How to realize that? In many developed countries there are laws preventing those who have been convicted of sex offenses against juveniles from working with children. In the Republic of Korea, those who sexually offend juveniles even have to wear electronic bracelets after they finish their prison terms, and tell the police where they reside.

In certain states in the United States, those who have committed sexual offenses against children are also required to register their information with the local authorities.

In China, it is practical to adopt similar measures. Chinese children need as much protection as their global counterparts, and all efforts should be made to ensure they grow up in a safe environment, free from potential abusers.

Among researchers, it is a widely accepted conclusion that those who commit sexual offenses have a high rate of committing similar crimes again after they finish serving their prison terms.

The most effective way to prevent repeat offenses is to make their criminal records available to potential employers, so they are not employed in jobs where they will be around children.

Although it is now widely accepted that those convicted of crimes should have another chance of correcting their wrongs and become good members of society again, that does not mean allowing them the chance to commit similar crimes again.

Those who commit a crime have the right to rejoin society, but with the proviso that they will not do any harm to others.