US accusation on China's economic pattern makes itself a laughing stock 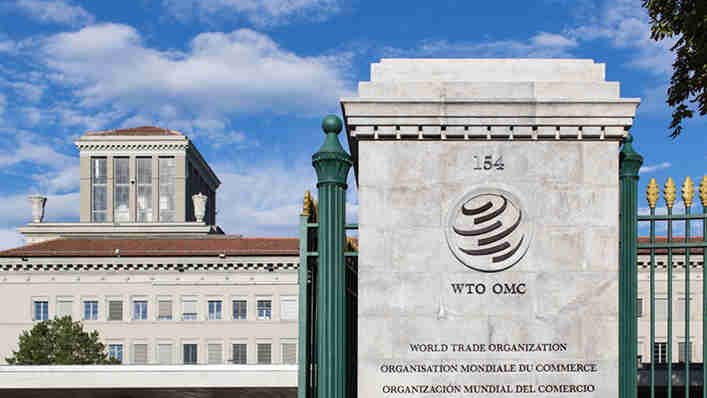 A meeting of the General Council of the World Trade Organization (WTO) held on July 26 in Geneva, Switzerland saw heated debate between Ambassador Zhang Xiangchen, China’s permanent representative to the WTO and the US envoy, Dennis Shea, US Ambassador to the WTO.

The US envoy condemned Chinese economy and called it “Alice in Wonderland”.

However, had Shea recalled the practices of the US in both the past and the modern time while labeling China as the “most protectionist and mercantilist economy in the world”?

The US enjoys a long history of protectionism and mercantilism. The infant industry argument was exactly proposed by the first US Secretary of the Treasury Alexander Hamilton in the Report on Manufactures published in 1791.

The UK was the world’s strongest country from late 18th century to mid-19th century, and also the cradle of Laissez-faire. The US, in its early years, had an edge in agriculture rather than industries. It should have followed the proposition of Thomas Jefferson who gave credit to comparative advantages, which conformed to both the views of the UK at that time and the modern US. However, the Americans didn’t follow the UK’s theory, but the latter’s practices.

In addition, the US approved the notorious Smoot-Hawley Tariff Act in 1930 in response to the Great Depression, substantially improving import duties on over 20,000 categories of foreign products. The act received immediate opposition from the US’s trading partners and led to a dramatic drop of global trading volume from $36 billion in 1929 to $12 billion in 1932.

The Smoot-Hawley Tariff Act not only exacerbated the recession, but also hurt the interests of the US itself. The irony was that, Reed Smoot and Willis C. Hawley, both initiators of the act, failed in the following congressional election.

Why is the US trying to hide its history and burning the bridge? It’s a question that Washington doesn’t want to and can’t answer. However, it is obvious that the US doesn’t want to see the developing countries “cross the river” through the bridge so that it can continue to take control of the world.

So far, China and the US have adopted completely different attitudes toward free trade and multilateral trading system. The US is waving the tariff stick in front of China, as well as its traditional allies including the European Union, Japan, Mexico and Canada, while China promotes WTO reform, advocates settlement of trade disputes through multilateral frameworks, and continuously lowers tariffs on imported goods.

China fulfilled its promise for WTO membership of lowering average tariff to less than 10 percent ahead of the scheduled time. At present, China’s trade-weighted average tariff is only 4.4 percent, and the effective rate is even as low as 2.4 percent. In addition, by July 29 this year, China has had a total of 2,652 non-tariff barriers, much lower than 5,452 of the US, according to the Integrated Trade Intelligence Portal of the WTO.

Is there something that can prove China’s economic model is damaging the global trade? Or is China’s development model reducing global trade volume or quality? If not, why did Ambassador Shea remarked that China is hurting the world? On the contrary, China has never groundlessly belittled the unique contribution made by other countries although it is making more and more contribution to the world economy.

The following set of data should be repeated, though the US refused to recognize them every time.

China has maintained medium to high speed of economic development, becoming an indispensable engine for global economic recovery and sustainable development. According to the country’s National Bureau of Statistics, China secured an average annual growth of 7.2 percent from 2013 to 2016, much higher than that of the three major developed economies of the US, the Eurozone, and Japan, and outrunning that of the global economy which stood at 2.7 percent in the same period.

China lent a powerful hand to the growth of global economy, contributing an average of over 30 percent to the world economic growth in those four years. As a matter of fact, the country’s GDP only accounted for 1.8 percent of the world’s total back in 1978.

China’s economic development has created opportunities for other countries through trade. On one hand, China’s exportation of the large volume of fine products at reasonable prices to many countries including the US enriched the latter’s choices and lowered input costs; on the other hand, China’s rapidly growing demand for imports is also making more and more contribution to the prosperity of global trade and promoting the rebalance of world economy.

World Bank statistics indicated that the global share of the goods and services exported and imported by China grew to 9.7 percent in 2016 from 8.4 percent in 2011, while that of the US, the Eurozone, and Japan together saw a drop of 0.4 percentage points.

The contribution China has made to the world also won the country a good reputation. During the seventh trade policy review of China, the WTO representatives generally believed that China has created opportunities for the world development through its economic development and trade policies in recent years, giving full recognition to the country in this regard.

They also expressed high appreciation toward such opportunities, and confirmed the progress that China has made in fulfilling WTO obligations. Highly praising China’s new measures in reform and opening up, they were glad to see China expanding openness after its accession to the WTO.

The author, Gao Lingyun is a researcher with the Institute of World Economics and Politics under the Chinese Academy of Social Sciences