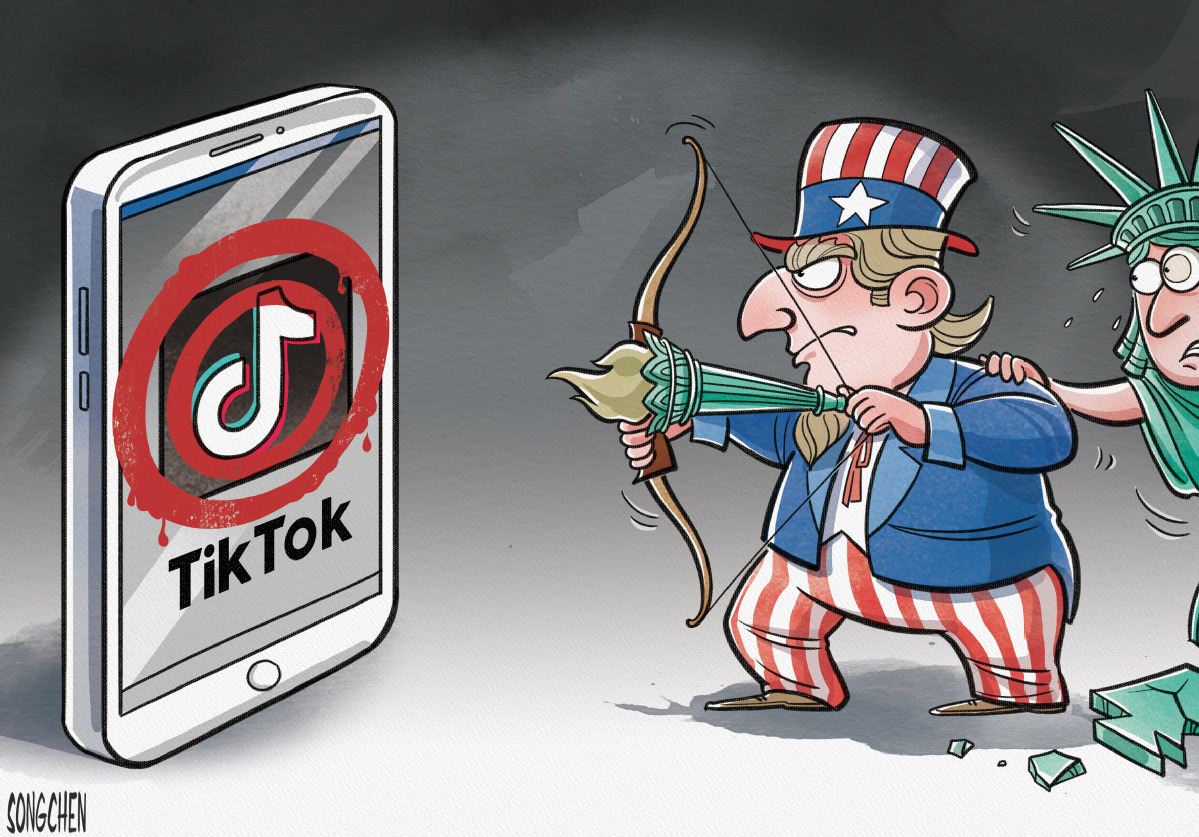 After vowing to ban the popular short-video sharing app TikTok in the United States on Friday, the US president is reportedly weighing the advantages of allowing Microsoft to purchase its US operations.

Such shilly-shallying is a tactic the US administration employed during the trade deal negotiations with China.

The tactic involves the president promising punishment for some perceived wrongdoing, followed by indications from other administration officials that the punishment might not be forthcoming. This is followed soon after by some close to the president saying that he intends to make good on his threat, sparking a sharp rise in tensions again. All with the aim of getting what the US administration wants.

So it was par for the course that after the ban on TikTok was proposed and then left hanging, that US Secretary of State Mike Pompeo told the media on Sunday morning that the president "will take action in the coming days with respect to a broad array of national security risks that are presented by software connected to the Chinese Communist Party".

Although it is yet to be known how that will work, the message will certainly heighten the concerns of Chinese companies.

As TikTok's experience shows, no matter how unfounded the claims against them are, as long as they remain Chinese companies, they will be presented as being a "Red threat" by the administration.

That being said, selling its US operations to Microsoft might be preferable for ByteDance, TikTok's parent company in China, as it is working "for the best outcome". And that being the case, the top US diplomat's comments on Sunday were tantamount to inviting potential US purchasers to participate in an officially sanctioned "steal" of Chinese technology.

Washington is well aware that Beijing will be cautious about retaliating like-for-like as it values foreign investment in China, and the sizable US investment in China is of more importance to the Chinese economy than the much smaller and shrinking Chinese investment is to the US economy.

Also, there is the additional bonus that coercing Chinese companies to divest their US business to US enterprises will not incur job losses.

The US administration's bullying of Chinese tech companies stems from data being the new source of wealth and its zero-sum vision of "American first". With competitiveness now dependent on the ability to collect and use data, it offers an either-or choice of submission or mortal combat in the tech realm. There are no carrots to promote cooperation only sticks.

But China will by no means accept the "theft" of a Chinese technology company, and it has plenty of ways to respond if the administration carries out its planned smash and grab.