US again pays lip service, this time to Mekong countries 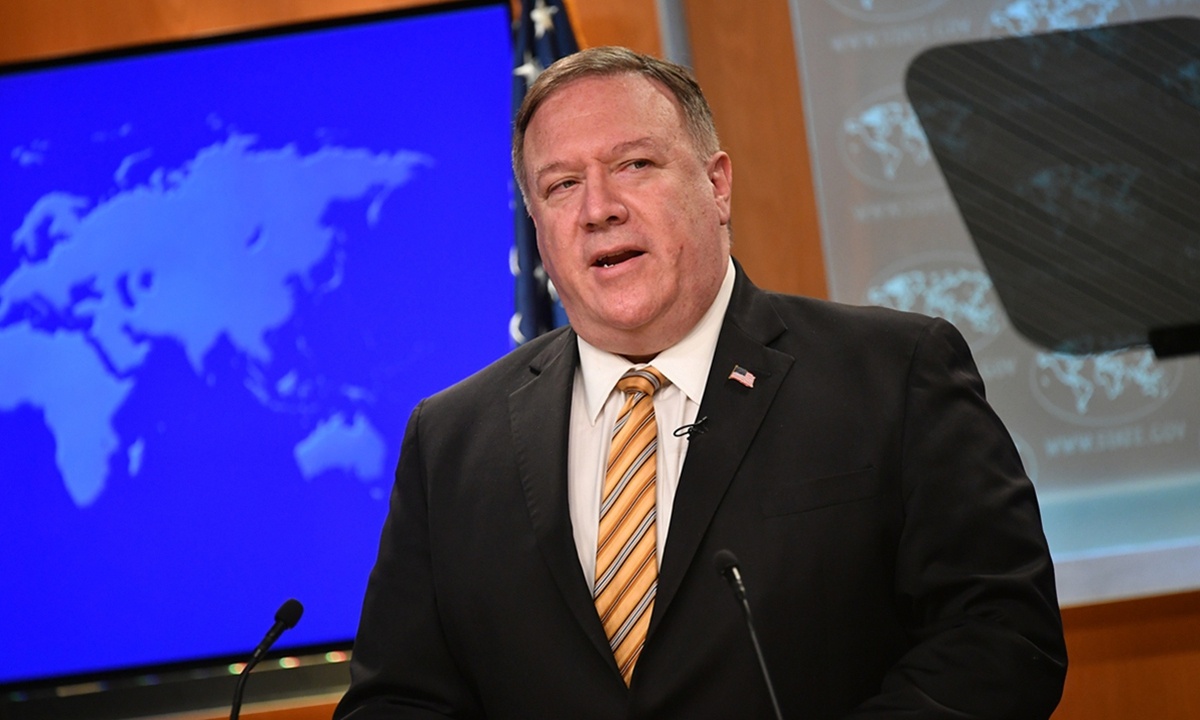 US Secretary of State Mike Pompeo is paying lip service, again, and this time in the Mekong River region.

The US on Friday announced initiatives worth $156.4 million under the Mekong-US Partnership, which the US claims will help combat transnational crimes and strengthen water security for partner countries that include Cambodia, Laos, Myanmar, Thailand and Vietnam.

On Monday, Pompeo accused China's state-owned companies of predatory and opaque business practices, and alleged that China's "manipulation" of the Mekong River has exacerbated a drought. He also asserted that the Communist Party of China is responsible for human and narcotics trafficking, although even media reports pointed out that his statement was not backed up by evidence.

Pompeo is resorting to groundless accusations to make provocations in the Mekong River region and drive a wedge between China and regional countries. His accusations against China are brainwash-style preaching filled with Cold War and zero-sum mentality.

Such a maneuver is all-too-familiar, when he sowed discord between China and Latin America as he visited the region last year and spoke ill of China in Ukraine early this year. His tour of Central and Eastern Europe last month was another ideology-driven one to offset China's influence.

An article in The Diplomat on Monday rightly pointed out that while Pompeo has called for the region's nations to turn their backs on Chinese state firms, he has not offered Southeast Asian governments a viable alternative, and the Mekong River is "just one of many far-flung regions in which it is seeking to counter China's rising power."

In recent years, China has forged closer cooperation with ASEAN countries, which include Mekong River stakeholders. The South China Sea disputes were eased to some extent. China and ASEAN have also been engaged in concluding a Code and Conduct in the South China Sea at an early date. But continuous instigations from Washington toward claimant countries such as Vietnam and the Philippines disturbed the waters, and put territorial disputes back on the regional agenda.

By hyping issues like trafficking, drought and water data out of thin air, the US is trying to turn the Mekong River into another South China Sea. Pompeo bluntly claimed that the Mekong-US Partnership is an integral part of the US Indo-Pacific vision, which means he did not even try to hide his intention to draw Mekong River countries into the US' anti-China orbit. The US purpose has nothing to do with regional development that the US claims it cares for, but is to form a Washington-led united front to contain China that serves US geopolitical goals.

China started to coordinate the development of Lancang-Mekong areas with the countries involved in the 1990s. The Lancang-Mekong Cooperation mechanism proposed by China in 2014 was welcomed by the other five countries. The framework extends far beyond river management to encompass infrastructure development, investment and trade, which has brought concrete benefits to these countries. But US assistance, which often comes under the banner of democracy and the rule of law, which don't work well even within the US, will prove to be just lip service for these countries.